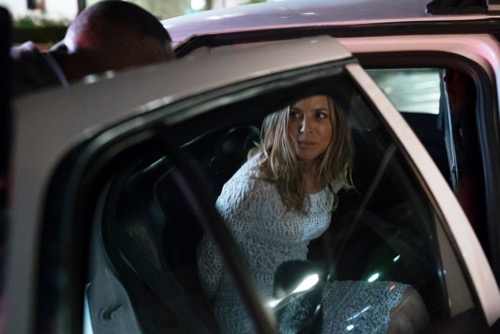 Tonight on CBS NCIS returns with an all-new Tuesday, May 22, 2018, season 15 episode 24 Finale called, “Date With Destiny” and we have your weekly NCIS recap below. On tonight’s NCIS season 15 episode 24, as per the CBS synopsis, “The Season 15 finale: Sloane is adamant that a man who held her hostage and tortured her years ago in Afghanistan, and was believed to have been killed following her rescue, is alive and in D.C., leading Vance and Gibbs to fear she is willing to risk everything to destroy this man.”

Someone claimed a bomb was aboard a Navy destroyer on tonight’s all-new episode of “NCIS”. They didn’t see how they knew about this bomb or even where on such a large vessel could this bomb be however they made a claim and so NCIS had to investigate it. Gibbs had asked the others to go to the ship in his place. He said he had to do something first and the fact that case was taking second place with him hadn’t sounded like the Gibbs they all knew. The others started to talk amongst themselves and they did their best to figure out he could be doing. They went over everything that could have happened with no one of them coming even close to where Gibbs ran off to. Gibbs, as it turns out, went to his family’s grave.

Gibbs never missed his late wife Shannon’s birthday. He brought flowers to her grave and had stuck around for a while, but in that time his team had done well for themselves. They found out the threat was announced when someone left a message on a bathroom mirror and so right away that states someone with access left the ship. Meaning it had to be one of the crew. The XO couldn’t see why someone would be left behind a message like that and he also had a hard time comprehending the message when there wasn’t a bomb. It had been a hoax! A hoax that wouldn’t make sense to seasoned to navy personnel and so they had gone to Sloane. Sloane said someone could have used a fake bomb threat as an excuse to stay on at the port longer.

It’s hard on serving men and women to leave behind their families to spend months at sea. Sloane said someone might have had an especially hard time with the latest leave and so the team looked into it. They found out two had been denied additional leave and were bringing them in to question them yet before they questioned a couple of people with grudges, Gibbs came back. He acted like nothing happened and had wanted to get on with the investigation. Gibbs found out what they learned and had wanted to bring both sailors that were turned down. One was a man and he was questioned first because Torres said a woman wouldn’t call in a bomb threat. And so they talked to the young man who as it turns out was glad that he didn’t get leave.

The sailor had found out his fiancée slept with his best friend and had wanted to try to win her back though he said if he had gotten leave then he would have probably have killed the best friend. So it was a good thing he didn’t get leave! The other suspect was a woman who wanted to stay behind because her mother was fighting ovarian cancer and it turns out she hadn’t been bitter either. She said her mother called the Admiral to make sure she didn’t get leave. The mom knew her daughter has always wanted to be in the navy and hadn’t wanted her disease to stop her child from finally leaving out her dream. The sailor understood what her mother did for her and so she had her mom promise to keep fighting while she was away.

Both of these people had no reason to be angry. They saw the sense in the end and had realized that staying on the ship was what’s best for them. Therefore, NCIS was looking for someone else. They were back to the drawing board in figuring out why someone staged a hoax and were running out of options when they found out about Sloane. Sloane had been set up on a date by McGee and Delilah and she had been interested in the man they chose for her, but during the date, she overheard someone that sounded a lot like a man called “Masahun”. Masahun was a terrorist that tortured Sloane and she had been the only one that walked away whole out of her squad. And while its been several years, Sloane never forgot the voice.

Sloane tried to heal from the torture and the only thing that allowed her to put her ordeal behind her had been when she learned Masahun was dead. He had allegedly been killed during a drone strike several years ago and so there should be no reason why Sloane should hear his voice again. She found the man that was talked and had known instantly that he was Masahun, however, she didn’t call for backup or even told her date what was happening when she suddenly went at the man she knew to be her torturer. Sloane went at him and he got away when people in the restaurant in restrained her. She was later arrested and had called Vance who bailed her out when she told him what happened.

Vance had thought maybe Sloane had confused the man she attacked with Masahun and still looked into the matter because he had wanted to put her at ease. He had McGee get footage from the restaurant and also had Kasie run facial recognition. Kasie found out the man Sloane attacked had been Nigel Hakim. Hakim was staying at the Saudi Arabian embassy and no surprise he hadn’t wanted to talk or come in. He merely complied because he went to NCIS with a Deputy Ambassador from the UK. Hakim was a British citizen and he won a lot of friends by raising millions of refugees, so he hadn’t been that concerned when went to Vance’s office. He knew he had the firepower and had claimed he didn’t know why Agent Sloane had attacked him.

Sloane filled him on the why and she had asked him to say “infidels”. She wanted the confirmation that he was who he said he was and he refused to say those words. He actually got up and walking away when Sloane apologized. She said she was still a little messed up and had wanted to shake his hand because it was the only way to get close to him. Sloane remembered Masahun’s cologne and so she felt vindicated when he was still spraying it on. She had told Vance that was proof and there had been nothing he could do about it because Hakim left with the Deputy Ambassador. And so Sloane was venting when Gibbs saw her, he instantly saw there was something wrong and got her to confess to everything.

Gibbs then went to Vance because Vance should know that Sloane wasn’t going to let the matter drop. She would get after Hakim and Vance hadn’t wanted her to risk her own career by doing so. He had been part of the rescue team that got her out when her platoon was captured and there had been one other person that survived. It had been a man so messed up that never walked again or regain his full faculties. But Vance had recorded the conversation with Hakim and had played it for the injured soldier. It had been a few years for him and he too identified the voice as Masahun which had been enough for Vance. Vance contacted the British embassy to say that Hakim had been properly identified as a terrorist and they still thought he was lying.

They thought he was feeding into Sloane’s paranoia and so they didn’t mind sharing that Hakim had booked a private plane out of the country yet Vance asked Gibbs to get to Hakim before Sloane did. Sloane disappeared with her gun and so everyone met at the airport where they hoped they caught Hakim in time. And, unfortunately, they missed him. Hakim had booked two charter flights to throw everyone off, so he already left the country and sadly he hadn’t been alone. Hakim kidnapped Director Vance once he found out it had been Vance that killed several of his “brothers” when they raided the compound. no