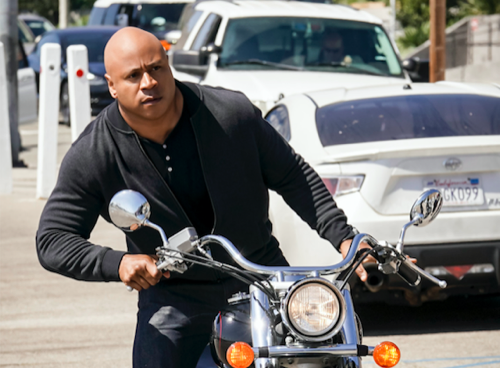 Tonight on CBS NCIS: Los Angeles returns with an all-new Sunday, November 11, 2018, season 10 episode 7 called, “One of Us,” and we have your weekly NCIS: Los Angeles recap below. On tonight’s NCIS Los Angeles season 10 episode 6, as per the CBS synopsis, “The NCIS team partners with the State Department after the murder of an arms dealer is connected to a series of crimes seemingly executed by someone with elite special forces training. Also, Callen visits ATF Agent Anna Kolcheck (Bar Paly) in prison as she awaits her sentencing.

Anna Kolcheck was looking at some real time, but she didn’t want Callen or NCIS to interfere on tonight’s all-new episode of “NCIS: Los Angeles”.

ATF had suspended Anna. She, therefore, didn’t have the resources to fight the murder charge nor did she want to fight it. Anna had killed a man like Sokolov because she knew that he would never stop being a danger and so that’s why she took the risk. She also told Callen not to lie at her hearing. He told ATF that he came upon the crime scene after Sokolov was dead and that the victim had no weapon on him. It had been murder and that’s what Anna was charged with. She was going to be spending years behind bars and she didn’t want her family or Callen to visit. When they did, she told them goodbye and said to leave the investigation to the people in charge. She didn’t want any special treatment and she could take care of herself from now on.

Arkady Kolcheck hadn’t liked it. He wanted to fight and so did Callen for that matter however they both had to respect Anna’s decision when it was all over and so that’s what Callen did. He went on with his life and his job. Callen and Sam were later called in when someone died. The latest victim was Rick Dotson. Dotson was a notorious arms dealer and he had been staying at a rented house with his girlfriend Karen when he had been murdered. His girlfriend hadn’t seen anything because she had been in the house at the time getting undressed and so she didn’t know anything wrong until she found Dotson floating in the tides. He was just left there for anyone to find him and not long after Karen called for help she noticed that Dotson security team quit.

The security team had either taken part in what happened to Dotson or they decided to quit because they were more loyal to their checks than they were to their former employer. Luckily, NCIS didn’t have such restrictions. They went to the crime scene and they swept the place to see if there was anything to indicate how the killer got in. It could have been through the front door or else the security team would have noticed it and so Eric did ballistics. He eventually found evidence that states the killer swam to the house. He came by water because it was undetectable and that’s probably how he made his escape. The guys continued to check out the scene while Kensi and Deeks talked to Karen.

She thought it was one of the guys in the pictures and so Nell tracked down all three. The first one was ruled out because he was in jail, the second one didn’t look like he moved from his house, and this third person that was the mystery. Nell couldn’t find any information on him and luck came in handy again when Sam spotted their suspect near the scene. He gave chase and he caught him through Hamilton said he was one of the good guys. He was a former Marine working on a mysterious task force that consisted only of him. Hamilton’s identification was verified to some extent because they found someone that served with him in the Marines and so it was the task force that didn’t make sense.

The NCIS agents wanted to know what this task force did. Hamilton explained that someone was hunting down arms dealers, drug dealers and that he suspected it was one of theirs. He said that he had been sent because his boss figured they trained the killer and that they know best how to stop him. Hamilton had been following Dotson because he thought he could be on the list and he said that he still hadn’t expected that the killer would go after Dotson so soon, but the person they’re hunting was a vigilante and Hamilton warned that the killer would move onto the next one soon. So NCIS chose to trust Hamilton. They spoke to who else had been on Dotson and verified that couldn’t have been any of them.

Nell and Eric had much better luck. They spotted a motorcycle near the crime scene and it disappeared right after the murder. It belonged to someone named Casey and she was once married to Daniel Aguilar. Aguilar was an Army Ranger. He had the skillset and had an agenda because it seems his son William had been murdered at their home because their neighbor had been dealing drugs. Someone had carried out a drive-by to kill the neighbor and instead, they killed nine-year-old William. After his son’s death, Aguilar fell apart. His marriage broke down and he couldn’t go back to his job. He found a new purpose in hunting down criminals and so that’s what he did. He was onto a new kill before long and so they tracked down his motorcycle until they found him.

No one in NCIS had enjoyed protecting a drug dealer or hunting down one of their own yet it needed to be done. They found him at a restaurant as he was about to kill someone else and they stopped the assassination in time, only he didn’t want to come in alive. He was so set on his task that he shot his weapon and Sam had been forced to kill him. Sam and everybody else knew that Aguilar had wanted to die. He was an expert marksman and he could have killed Sam if he wanted to. He had actually shot at the wall because that’s where he was intending to shoot and so he died because he hadn’t wanted to go to jail.

Hamilton and Sam later broke the news to the ex-wife and she had grieved because she still loved her husband.

She had wanted him to be saved and she always thought they would get back together, but now that was no longer an option.

Callen had seen what happened when people let a tragedy stand between them and so he went to Anna’s trial. And it broke his heart when she was sentenced to seven years in jail.