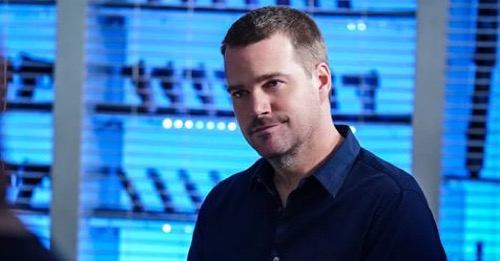 The strangest bank heist happened on the team’s watch. They were all enjoying their day off when they got called into work and were notified that a group of individuals had robbed the Trust National Bank. No one was injured and the thieves only took one thing, but in order to get what they wanted, they had to release a small bomb from inside the bank and then walked off with the private deposit box of Veronica Stevens. Stevens was a businesswoman. She held several defensive contracts with the Navy and therefore the Navy thought this heist could be important to them. They took this case off the FBI and gave it to the team.

They went to the crime scene and asked around yet this heist got weirder by the second. They learned that the robbers left their guns behind. The guns had been fake and the robbers didn’t seem to believe they were going to need weapons for the future. That was another thing! The robbers didn’t seem like robbers. They were polite almost to the extreme and they politely asked everyone to comply. The only thing they were after was that box and Stevens claimed the box was meaningless. She said she put a bunch of family heirlooms in that box and that the heirlooms themselves didn’t cost much. Stevens said they held sentimental value and that’s all.

Only the team spoke to the bank manager and she said Stevens was always at the bank. She didn’t deposit money or doing else besides look in on her deposit box. The team asked for the official records just in case and it was written in clear ink that the box meant something to Stevens. It was at least more important than she was willing to claim with the feds and so they did their research. They found out when the box had been accessed and found out that the robbers took extra precaution to ensure they didn’t injure any of the other boxes during the heist. And so they knew that Stevens was hiding something.

Stevens had appeared unfazed when they went to interview her and she had happily complied when they asked her if she had any enemies. She had her assistant hand over her hate mail and it was a lot to take. There were quite a few people that believe Stevens to be involved in underhanded business practices and that gave the team an idea. They wondered what if the deposit box had been stolen because someone wanted them to take a closer look at Stevens. She was targeted before and so someone would have to keep track of all of her accounts in case they were also at risk. It would be a long con on a federal department though someone or a group would have to be highly motivated.

The team was considering what could be in that box when they were confronted by Special Prosecutor Rogers. Rogers had come back to town because he somehow convinced Washington that he should go through the team’s old files to see if they committed crimes that weren’t noticed and so he was back in the hopes of arresting someone. To do that, he was given access to everything and was allowed to be in on the cases. He had found out what happened at the bank and he wanted to know why the team was just lying around (his words) when they could be solving a crime. They explained to him how they have a process and that tried to shut him out of the case.

They said they couldn’t always bring along because the car couldn’t fit him and the truth they didn’t want him around. They had a process and part of that process was not answering to authority figures. They liked to do things their way and so they went alone to see Veronica Stevens again. She denied the box being important again and said that there was nothing left for her to say, but the team finally did that deep financial dive into her business and they learned that she’s been feeding intel to Iran. Everyone and that includes Rogers thought she was a traitor and so they brought her in wanting to know what information she’s sold to Iran.

Stevens refused to answer them and so they threatened to transfer her when she finally started answering questions. She claims that she wasn’t a traitor and that she was actually a patriot. Stevens said that she’s been working with the CIA to feed false intel to Iran. She would get her assignments from the deposit box where the CIA would leave it for her and so she didn’t know what was in the box when it was stolen because she hadn’t gone in to collect the assignment yet. The team had been suspicious of her story at first, only they found evidence backing up her claim. They found the bank robbers and they were the Saudis.

Saudi Arabia has its ongoing cold war with Iran and so they thought stealing the documents would launch an investigation into an American traitor that was dealing with their enemies. Only they had stolen the CIA assignment instead. The assignment could lead the Saudis back to Stevens’s Iranian contact and so the team made her give up the name. She said her contact was Farzan and she told them how they could reach him. The team thought they should move to protect this contact however they learned that the robbers had kidnapped an American they tricked into helping them and so their priority was the hostage.

The team took Rogers on that trip and so he saw first hand as they rescued one of their own as well as recovered the deposit box. It turns out the Saudis never cared about opening it. They just took it because they wanted to alert everyone to Stevens’s actions and funnily enough they had told the government about a spy – they told them about the spy they were using to get information on Stevens.

So heads were going to roll for this and many were going to blame NCIS for getting involved in a spy ring, but Rogers eventually came off his high horse and had played a few video games with Eric on government property.