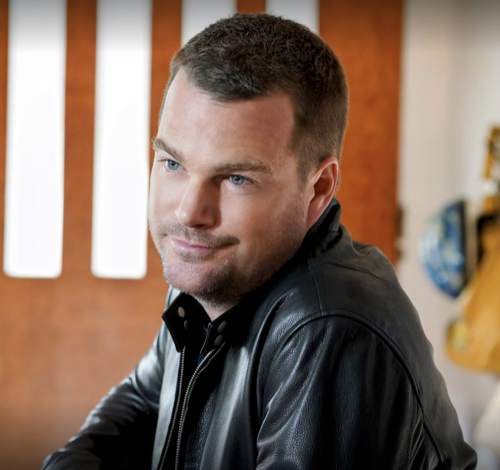 Tonight on CBS NCIS: Los Angeles returns with an all-new Sunday, May 6, 2018, season 9 episode 21 called, “Where Everybody Knows Your Name” and we have your weekly NCIS: Los Angeles recap below. On tonight’s NCIS Los Angeles episode, as per the CBS synopsis, “NCIS and FBI investigate the case of a Marine that is murdered by nerve gas. Later, Deeks shares his dream of opening a bar.”

FBI Agent Zoe Morris broke into a hospital morgue on tonight’s all-new episode of “NCIS: Los Angeles” because she thought a recent John Doe might be important.

Zoe was a newbie. She was just starting out and had already made a name for herself as someone to watch when she reached out to NCIS. She told them that one of her contacts at the hospital morgue had called her about a body and that she had gone down there to check it out because she believes her source had been onto something. Zoe had herself been told that the victim looked like they served in the armed forces and the tattoo she had later seen on the victim had her believing he could have been a Marine however she told both Sam and Callen that she suspected their Marine was murdered by someone using a nerve agent.

Zoe described John Doe as a someone between Nick Nolte and the creature from “Stranger Things”. She said his death couldn’t have been natural and so she convinced the guys into going down to the morgue to the see the body themselves. They all went to the morgue and were walking when they heard strange noises coming from one of the freezers, so they opened it and they found the doctor in charge of the morgue. He had gotten beaten up and thrown into there after a couple of guys broke in. He said that the men had taken the body he told Zoe about and so Zoe had been right when she said that there was a case.

Zoe and the guys talked to the doctor for a while before they got everything they could from it and by then the guys had agreed that they should work with the FBI to find out what was going on, but it turns out Zoe hadn’t been working an official case. She had gone rogue and had pushed the guys into going rogue as well. They hadn’t known that Zoe had pulled them in on an unsanctioned case until EAD Mosley with the trio and called out Zoe for what she did. She later admitted that she hadn’t fully been honest and so she laid everything out for them. Zoe told them that the FBI had gotten an anonymous tip several weeks ago about a powerful opioid being shipped in.

This opioid was so strong that it could affect agents handling it and it could easily be turned into a nerve agent. Zoe said they had gotten the tip and then weeks went by without happening until her source called a case that didn’t look like a typical opioid overdose. She had tried to tell her bosses about it and they wouldn’t sign off on an investigation. The FBI actual officials said Zoe liked to rundown every possible tip even if it let to a lot of dead ends and that they didn’t have the budget to keep pandering to her. And so that’s when she got the bright idea to go rogue and had also lied to ensure she would get some kind of backup.

Zoe said she wasn’t sorry and that it was justified. Mosley had disagreed and had asked Sam to take back to the boatshed while they clean up the mess. Callen hadn’t wanted to accompany his partner because he had had enough of dealing with a millennial and so it took Hetty talking to him realize he shouldn’t have been so dismissive. He had done the same thing as Zoe did and on more than one occasion. Callen was once a hotshot who rarely thought things through and that he realize that Zoe was still just figuring herself out. She needed guidance and Callen thought she could learn that by staying on the case.

The evidence had already proven that Zoe had been right about the lethal opioid and so Callen got the FBI to officially sign off on a joint task force. NCIS would be taking the lead and Zoe would get the chance to continue with her investigation yet the guys let Zoe known to take things down a notch. She was a little bit too gung-ho and so the guys let her watch while they interviewed their latest lead. The team had managed to contact someone that knew John Doe enough to know his real name had been Gabe and where he lived, so they went to Gabe’s apartment and ran right into someone that had broken in. And that’s how they came to arrest a suspect and find a new lead.

The guy was pretty much out because he was clearly on something when they questioned him and luckily that worked in NCIS’s favor. They got their guy to tell them that he broke in because Gabe had stolen product from his boss and so he was able to give them a name of his boss. His boss was some wannabe big drug dealer and he hadn’t known how powerful the opioid was which was why Gabe died like he did. Neither the boss nor the victim had had the victim killed because why would they when they needed to know where the drugs were and so Gabe died because he had gotten too close to the product.

The team later identified Gabe and Gabe Schroeder. He was a former Marine and he had been working as a handyman since he left the armed forces. Gabe hadn’t had savings or a significant other and so he was practically invisible until he tried to do the right thing. He found out someone was bringing in drugs and had reported it to the FBI. Then when they hadn’t done anything, he had stolen the drugs and had hidden them in a rented storage unit because he wanted to stop those drugs flooding the streets. That’s how he got sick and he had been driving to the hospital when he eventually died.

And no one would have known about it if it hadn’t been for Zoe, so she went with the team when they went to arrest their drug dealer and together they stopped him from ever pushing those kinds of drugs.

They had even attended Gabe’s funeral afterward and had had a small reception back at Deeks’s new bar that he hoped would help serving members find a familiar face.