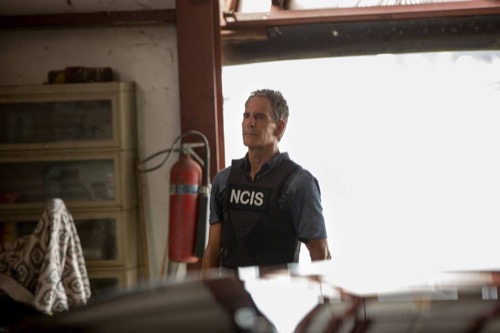 Tonight on CBS NCIS: New Orleans returns with an all-new Tuesday, October 2, 2018, season 5 episode 2 called, “Inside Out,” and we have your NCIS: New Orleans recap below. On tonight’s NCIS: New Orleans episode as per the CBS synopsis, “The team searches for a former IRA bomb-maker who was smuggled into the city, and are joined by Special Agent Hannah Khoury, Pride’s replacement during his medical leave. Also, Pride considers a new position with the agency.”

NCIS was called in when two men were found murdered in a restricted area on tonight’s all-new episode of “NCIS: New Orleans”.

The men had been DIA Agents. They had technically been listed as administrators and so it made no sense that these men would be out in the field or that they would be anywhere near the crate that was found. The crate had been rigged with an oxygen tank and that meant someone was being transported however no one took the time to inform NCIS. The team had no idea what they were dealing with and all their questions to the DIA were going unanswered because everyone seemed to be unavailable. LaSalle has been trying to fill in while Pride was on medical leave and he found out for himself that he didn’t have the same pull as his boss. Pride could have easily gotten answers if he had been there and so the team had been happy when their boss decided to ignore the doctor’s orders.

Pride had been out eight weeks and it had been slowly killing him. He wasn’t the type of man that could take things easy and so he left the house the second his daughter had given him a minute to himself. Pride had wanted to know what was going on at the office and when he learned about the DIA Agents he decided to call on his contacts. He found someone higher up in the Navy and he learned that the agents had been moving a man for the CIA. The CIA kept track of off the record detainees and so the men that had gone missing was Terrence Desmond. Desmond was a former bomb maker for the IRA and since then he’s been selling his skillset. He was eventually found, detained, and was being moved to an American black site when someone killed his handlers and kidnapped him.

The kidnappers presumably took Desmond because they wanted a bomb made and so it came to be a race to find Desmond before that bomb could be made. The team had also learned that someone at SecNav had set their eyes on Pride. Pride has proved that could be counted on for results and so someone wanted to promote him, but the promotion would take Pride out of the field and give his team to someone new. That someone new had even arrived early for the job! Her name was Special Agent Hannah Khoury and it hadn’t taken her long before she started handing out orders. She had Sebastian tracking the information they got from the CIA and she had given orders to Gregorio that would assist in tracking their killers. The team for their part had easily fallen in line and so it was only Pride that was fighting the change.

Pride wasn’t sure if he was ready to give up field work. He loved his team and he loving being out in the field, so while he was making his mind he agreed to work with Khoury. Khoury would be running point and Pride would be assisting at his desk. His daughter hadn’t liked hearing about that and she had yelled at him because it was beginning to feel like he didn’t care if he died or what it would to her. Laurel had later backed down in exchange for Dr. Wade checking up on her dad and so the team was able to get to work. They tracked the whereabouts of Desmond and they found him at a warehouse with only one guard. And the weird part had been the fact they found Desmond dead. The team hadn’t been sure when he was killed and so they asked the guard they brought in only he claimed not to know much.

The guard said that he had just been called in at the last minute. He said the original guy hadn’t been able to make the job and that he didn’t know anything. The men went on to say that he couldn’t say any more because he didn’t want to die or risk his family if “Smith” ever found out he talked. So there was nothing they could do about this one witness. They hadn’t thought that he was lying and so it was more like he hadn’t been telling the full truth. The only thing they got that they could work was something about an airfield. The team had split up with the field agents going to check the nearby airfields while Khoury had stayed behind with Patton and Pride. Pride knew that Wade would be coming around to check on him and so it was some time before he learned what she found in the autopsy.

Wade said that Desmond had been killed almost immediately after he had been kidnapped and that made no sense thought this information in combination to what Sebastian found had spelled out something much worse. Sebastian said that Desmond couldn’t have made a bomb out of the wires where he was found and that something had simply wanted it to look like he could. So if Desmond wasn’t taken for that, then the raid and finding him had all been a trap. Pride was the first one to realize that and that’s what made him know that their headquarters were about to be hit. It wasn’t long when a group of armed men came rushing in with night goggles and that they feed their one prisoner. The prisoner as it turned out was Smith. Smith had wanted access to their federal database and he threatened the murder of the innocent NOPD officer until someone cracked.

Khoury handed over her information and while Smith went to go use their commuter – she worked with Pride in attacking their guard and cutting off his fingers. The men knew that the alarm had been triggered and so they left before long only the team now had something to work. They use those fingers to identify a pilot that was formerly with the Air Force. He was kicked out and began selling his service overseas to a Russian oligarch. This same oligarch had hired Smith as his private security and had been working for him right up until the man “disappeared”. It seems the CIA had picked up their boss and the armed team was trying to get him back. Hence why they needed access to NCIS’s database. The navy had a ghost ship where the CIA kept their prisoners and unfortunately the warning call to them had come too late.

But in everything lie there was a grain of truth. The team knew that once the hired guns had gotten their boss that they would need to leave the country quickly and so they went to the private airfield where someone had asked for DIA clearance for uninterrupted air travel. The team had found everyone there and while Pride wasn’t back to his old self – he had been the one to track down Smith and they were able to bring him alive.

Pride hadn’t been feeling like himself as he claimed, but he knew that he wasn’t going to be dying today and so whatever it is that he discussed with the ghost must have left a lasting impression.