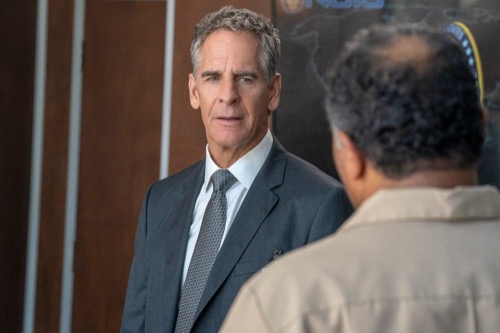 Tonight on CBS NCIS: New Orleans returns with an all-new Tuesday, October 30, 2018, season 5 episode 6 called, “Pound of Flesh,” and we have your NCIS: New Orleans recap below. On tonight’s NCIS: New Orleans episode as per the CBS synopsis, “The NCIS team uncovers evidence of a suspect who is harvesting organs from multiple victims after Pride’s assistant, Ginny Young, escapes from a kidnapper. Also, Pride turns to his friend, Commander Calvin Atkins, M.D., for medical and spiritual guidance as he struggles with the ramifications of his recent brush with death.”

Pride went to go see a doctor to find out why he was hallucinating on tonight’s all new episode of “NCIS: New Orleans”.

The doctor said there was nothing wrong and so Pride went to go see another doctor. It just hadn’t made any difference because there was nothing wrong with him. Both doctors believed the reason he might be losing time and hallucinating was because he was recently suffered a traumatic event. They suspected it was PTSD and they wanted to put him on drugs to help him sleep. Pride never got that the chance to fill in his prescriptions because he was called about his assistant. His assistant Jenny had been kidnapped. She went out with a friend and danced for a while however she began feeling sick after just one drink. Jenny decided to walk home because she thought some fresh air would have made her feel better and walking was the last thing she remembered. She next woke up in a basement and was hanging from the ceiling.

Jenny was able to get down and she ran for help the first chance she could. Only Jenny didn’t remember anyone grabbing her and she didn’t know which direction she walking in when she was kidnapped nor how far she was running when she liberated herself. Jenny wanted to drive around to see if she recognized anything and she refused to take “no” for an answer. She blames herself for what happened because she hadn’t kept a close eye on her drink and so she wanted to help and Pride allowed it because she was his assistant. He agreed to drive Jenny around until she saw them and, while he was doing that, his former team looked into sex offenders. Jenny hadn’t been raped only they didn’t know what would have happened if she hadn’t escaped. The team looked into offenders that were recently released and they found this one guy.

This guy also had a car that was towed not far from where Jenny got help and so the team went from house to house looking for their rapist yet they found nothing while Pride found everything. He had been with Jenny when she saw something. She saw a head mask and it led her to the house that she recognized. Pride had her return to the car and he went in alone. He found the rapist hanging dead from a hook and it was in a room covered in symbols written in blood. The symbols weren’t voodoo. Pride had double-checked with a friend of his and it was Santeria which hailed from Cuba. Dr. Wade had said that both victims of their killer had been drugged with special herbs from Cuba and that must have been expensive. So expensive that it left a trail. The team looked into it and it led them to Ignacio Marquez.

Marquez was a doctor back in Cuba. He was fired for practicing on the mentally ill and he was thrown out of his Santeria group because while they had been fine with using animal blood – it was Marquez that showed up one day with a bucket of human blood. He left Cuba not long after that and then got a job working as a janitor at a hospital. It his new career didn’t explain how he was able to afford the drugs much less the expensive equipment he would need to take out all of the organs. The second victim had been with Marquez long enough to get all of his organs removed and so the team knew that not only did Marquez have the know how he was also monetary motive. He could sell the organs to research labs and that’s how he could be getting his money. The team tracked down Marquez to his last location and it led them to an abandoned hospital.

The team went to the hospital and they interrupted Marquez as he was removing someone else’s organs. He got away before they could catch him, but they looked into his latest victim and found out that everyone Marquez went after had an O blood type. It wouldn’t make sense for Marquez to go after someone so specific unless he was trying to get a specific organ. Wade checked the latest victim and it turns out that Marquez wanted a liver. A liver to match with someone with an O blood type and so the team figured Marquez must have used his job to get his side gig. They looked into it and the only one that knew all the victims were on the organ donation list as well as their blood type was a doctor where Marquez worked. This Dr. Welles was also keeping a patient off the records and so the team were looking into him.

As they were doing this, Pride visited Jenny to see how she was doing and he found her unconscious on the floor. He was trying to revive her when Marquez drugged him and kidnapped Jenny again. Jenny was the last chance at a viable liver and so the team rushed to the hospital to stop Welles’s illegal surgery. Only it wasn’t Welles. The patient that needed the liver was Dr. Susan Francis and both she and her boyfriend another doctor worked at the hospital. They got Marquez to help for a fee and Marquez had been holding gun on Welles when NCIS forced their way into the Operation Room. Dr. Susan was too weak for the surgery and she died on the table though the team were able to rescue Jenny and put an end to Marquez’s business.

And while Pride still doesn’t know what’s wrong with him, he does know that his hallucinations were trying to warn him about Jenny being in danger again and that he ignored them.