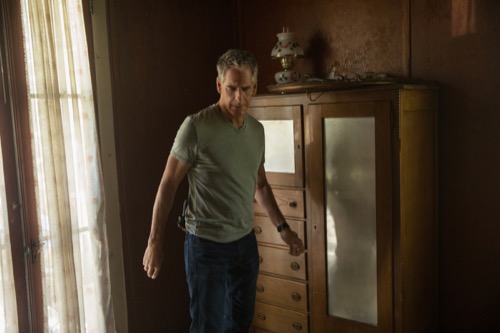 Tonight on CBS NCIS: New Orleans returns with an all-new Tuesday, November 20, 2018, season 5 episode 8 called, “Close to Home,” and we have your NCIS: New Orleans recap below. On tonight’s NCIS: New Orleans episode as per the CBS synopsis, “The NCIS team places Mateo Diaz, a high-school gang member-turned-informant, in protective custody while they investigate the murder of his junior reserve officers’ training corps instructor. Also, Pride needs his brother Jimmy Boyd’s help to gain Mateo’s trust.”

Dunn was an instructor. She was teaching a special class at Mitchell High School and basically put her students through recruitment training. Dunn was with a group of students when she had them run ahead and never caught back up to them. She had been surprised by her killer who stabbed her repeatedly in the back. The murder weapon had still been lodged in there because the knife got stuck and the killer found it easier to leave it at the scene, but the knife was all NCIS had. They didn’t have forensics and so they looked for witnesses. The kids at the high school were asked to come to the library if they had any information and one person did end up coming forward. Her name was Mary Forster and she had been in Dunn’s class.

Mary said she liked Dunn. She said a lot of people felt the same because Dunn was always fair and the one person that she could think of with a grudge was another kid by the name of Matteo Diaz. He came to the country on his own and rumors around school states that he had to leave his country because he wanted for murder. No one really believed that story, however, Mary claimed Dun kept pulling Matteo to the side and so the team wanted to know what the two were discussing. They looked for Matteo at his school, his work, and his group home. He was nowhere to be found and so they checked out places where he would hang out. He would ride his bike in a deserted area and that’s where they found him.

Matteo had tried to run off when Pride and LaSalle caught him. They wanted to ask him why he was run and never got a chance to answer their questions because a Detective Carter showed up. The Detective identified himself as a member of NOPD and he claimed that Matteo was his CI. He said Matteo was passing along information on a gang called the Aztec Kings and the operation couldn’t risk being exposed. Detective Carter asked NCIS to back off and they said they couldn’t do that because someone killed Dunn. It was the first Matteo heard of Dunn being dead and so he agreed to go with NCIS to answer questions. He told them how the Aztec Kings tried to force him to join back in Guatemala and that escaped there only to run into them in New Orleans.

Matteo wanted nothing to do with them and so he went to Dunn for assistance. He wanted to inform on the Aztec Kings because he knew that someone needed to stand up to them and it didn’t mind if it was him. Matteo said that’s when Dunn put him in contact with Detective Carter. Carter used Matteo to take down several members of the Aztec Kings and he thought they could keep going yet the reason Matteo went into hiding was that he believed the Aztec Kings were onto him. He thought that the gang was looking for him to kill him and so the team didn’t want Matteo to go without protection. They wanted to put him in a federal relocation program and were told by Carter that they couldn’t because of Matteo’s association with a gang.

It violates Matteo’s sanctuary status and he would be deported if this goes to the feds. Carter said that he could take Matteo to the District Attorney’s Office and that he could Matteo protection as an eye-witness. He had jurisdiction and so the team let him take Matteo, but they soon learned that Carter had lied to them when they went looking for Matteo and found out he never made it to the DA. He was instead sent to an ICE facility where he was awaiting deportation and so the team stepped in to protect him. They wanted Matteo to be moved to a secured area and Pride had even gone up there to make sure it happened. And what he found was that someone else had been put in the segregated area.

Matteo had been placed in general population where he was in danger of being targeted by the gang. He was actually just about to be attacked when Pride showed and got him out of there. Pride took Matteo into his own custody until his team could talk with the dirty guards at the facility. The guards had been paid to look the other way and one of them, as it happens, had followed Pride’s car. He saw when Pride picked up his brother Jimmy and they took Matteo to a safe house out of town. This guard also alerted the Aztec Kings and so the trio was a danger while the team was back at the office figuring everything out. NCIS found out that Carter was dirty. He used Matteo to steal from the gang and enrich himself. And had later been killed by the Aztec Kings in retaliation.

With two people, the team needed Matteo more than ever because he was the only one that could turn state’s evidence against the gang. The team had no idea where Pride took Matteo and so they tracked the gang instead. The Aztec Kings used social media to send out signals and so the team hacked their code. They followed the Kings and got in a shoot-out with them before they came upon Pride’s group. It seems the guys had managed to hold off the gang until help came and so they made quite a few arrests.

Pride also used his position as Special Agent in Charge to get protection for Matteo and now the young man won’t be deported back into a volatile situation.