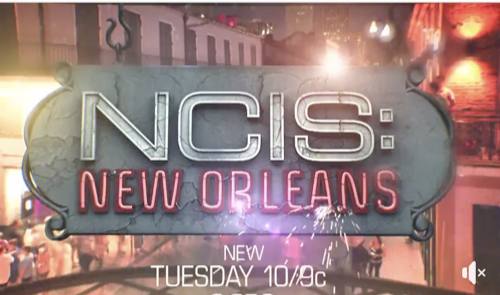 Tonight on CBS NCIS: New Orleans returns with an all-new Tuesday, March 6, 2018, season 4 episode 16 called, “Empathy,” and we have your NCIS: New Orleans recap below. On tonight’s NCIS: New Orleans episode as per the CBS synopsis, “NCIS investigates the disappearance of a congressional aide after a hitman saves her from two men posing as NCIS agents. Also, Lasalle struggles with life-altering decisions regarding his brother’s future.”

NCIS Agents Conlin and Sluhan were found murdered in Pride’s city on tonight’s all-new episode of “NCIS: New Orleans” and he hadn’t even known that they were in the area.

Pride and his team were supposed to be notified if two of their own were in the area and so he wanted to know why HQ hadn’t notified them. He had his people reach out to them and it seems the reason he hadn’t been notified was that the two dead guys weren’t federal agents. They had merely stolen the badges of real agents to pose as those guys for a meeting with a woman. The woman was still unidentified when they found the bodies, but the team figured that she hadn’t been involved with the murders because her cane had been found at the scene and their theory was later confirmed when they found a witness. The witness says they saw the two guys meeting the woman when this other guy swooped in “like Batman” and carried the woman away.

The team, of course, had doubted that they were looking for Batman. They assumed that it had looked like that to a witness that wasn’t familiar with hand to hand combat because whoever they were looking for was clearly trained. He had managed to kill the fake agents with skilled precision and so Pride just wanted to know what was going on. He knew the man they were looking for had only wanted to kill the fakes and that his objective had been to get to the woman, so he asked Sebastian to run everyone’s fingerprints. So Sebastian found out that the two fakes were in actuality former army guys and that they had been given dishonorable discharge. And he also found out the woman was Molly Lindell.

Molly was a congressional aide and she had no connection to the Navy or NCIS, however, Pride had asked Sebastian and Patton to dig a little deeper because the case was becoming more confusing as they went on. The guys then looked into Molly and she had come to the city to a few days before she just disappeared. She didn’t get an Uber or a hotel room and it had honestly looked like she had disappeared between landing at the airport and that infamous meeting. Their batman, on the other hand, had swooped in like the witness said and then he took Molly. The guys thought maybe he had taken her because she had something and so they kept looking until they found her hotel. And they were going to check that too, except Pride and LaSalle had run into their Batman and he had beaten the crap out of them.

They were trained federal agents with years under their belt and somehow Batman had wiped the floor with them. He had been so good that he could have killed the guys if he hadn’t passed out. They hadn’t done anything to him and so they hadn’t known why he had passed out (especially as he was winning) though they took him to the hospital anyway and they had tried to question him. They asked him about Molly and they tried to get him to tell them where she was. They wanted to know if she was safe or if he had hurt her and all he could say was that he couldn’t remember. He didn’t remember the fight they were talking about and he didn’t remember anything about a woman.

LaSalle thought this guy was lying and he had been given a reason to believe so when they found out their guy was Jack Cooper. Cooper was on Interpol’s most wanted list and so they couldn’t understand why he saved Molly. Molly was supposed to meet with fake agents that must have meant her harm and for some reason, Batman decided to save her. And there had been a reason for why he forgot he did any of that. The doctor had checked him out and she later told Pride that Cooper had a stage four tumor in his brain. It was lodged in the area that affects memory and it could explain why he was docile. Pride thought Cooper hadn’t come across as a cold-blooded killer and so he tried to question Cooper again.

That time he had it just been Pride. Pride was the only one that thought Cooper could have been trying to protect Molly and so he had questioned Cooper about her until he got a phone call from Gregorio. Gregorio and the others found out why Molly had come to town. She had come to town to act as an intermediary. The congressman she works for was looking into G&M Holdings and the man that had paid off Molly’s hotel room had been someone from the company that possibly wanted to turn into a whistleblower. Therefore, Molly was supposed to meet with this guy and then handed over the information she received from the proper authorities which would explain why the guys she met with pretended to be NCIS agents.

The information she had would have proved that G&M Holdings sold subpar equipment to the Navy that resulted in several explosions that took several lives yet the man that had ultimately kidnapped Molly hadn’t been one of the good guys. He had arrived with the other guys that were sent to kill her and the whistleblower had even been murdered the same way as Cooper’s two victims. That meant Cooper had killed him and then for some reason had decided to kill his own team when they later met with Molly. But, again, that hadn’t made any sense and so the team tried to figured out what went wrong. They thought Cooper might have forgotten why he had been there when Molly was in danger.

Cooper was having problems with his memory. He could have remembered that someone wanted Molly dead and forgotten it was him, he could have forgotten about the mission entirely and then stepped in when he thought Molly was in trouble, or he could have forgotten who he was supposed to kill that night. It could have been one of those things or it could be everything. The team knew that they were dealing with an amnesiac hitman and when they had tried to ask him about the whistleblower – he stopped wanting to cooperate and so Pride thought he pushed Cooper into remembering everything. And with their suspect clammed, the team had to hand him over to the U.S. Marshalls.

The Marshalls was going to take Cooper back to DC with them and, somehow, he managed to escape on the way to the airport. He had gotten away from them and had gone straight to Molly however the team figured he was heading to her and that made them fear for her life. They thought Cooper was going to her to kill and they didn’t realize how wrong they were until they found the pair. They two had been at some remote cabin and Cooper refused to hand over Molly because he said that he had to protect her. And the guys he was protecting her from chose that moment to attack. The other hitmen had come up behind NCIS and had tried to kill everyone, so Cooper worked with Percy and Gregorio to take them out just not before he too was injured.

Cooper’s last words were that he has to protect Molly and so they reassured him that he did. She was safe now because of him and so it didn’t matter why Cooper have saved her. The fact that he had did had told Pride that he hadn’t been wrong about him.

Pride’s mother was at home because he could no longer take care of her himself and he advised LaSalle to think through his options carefully because while LaSalle wanted his brother Cade to live with him – his brother’s mental illness meant it was going to bee difficult.