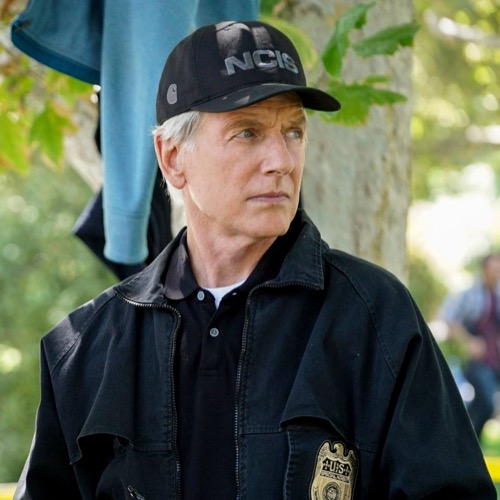 Tonight on CBS NCIS returns with an all-new Tuesday, October 16, 2018, season 16 episode 4 called, “Third Wheel” and we have your weekly NCIS recap below. On tonight’s NCIS season 16 episode 4, as per the CBS synopsis, “Gibbs’ quiet vacation at his remote cabin is interrupted by a surprise visit from Tobias Fornell and Navy Captain Phillip Brooks, as well as a call from NCIS asking for his help locating a robber hiding in the woods near him.”

Filling in as acting Director had been such a stressful job that Gibbs decided he needed a break on tonight’s all new episode of “NCIS”.

Gibbs had wanted to unwind. He took a whole week off and went to a cabin that he knew wasn’t easily reachable, but despite his best efforts, his two best friends decided to come visit at the cabin and their definition of a visit was different to Gibbs. Gibbs thought they would say and then goodbye. Instead they both wanted to stay! Tobias Fornell was having his house fixed and Phil Brooks didn’t necessarily have a reason seeing as he just showed up intent on wanting to stay. Both men also thought they were Gibbs’s best friend and had never heard of the other until they decided to show up at the cabin. And so together they were ruining what little vacation time Gibbs had managed to take for himself.

Meanwhile Gibbs’s team were at least enjoying their vacation. They had relaxed certain codes at office with Gibbs not around to tell them turn down the music or put away their crossword puzzle. The team had been enjoying themselves so much that they weren’t even disappointed when they got a case because they thought it was an easy one and that they could easily get through it. The case involved a thief. Someone robbed an armored truck in nowhere, North Carolina and had evaded local police by making into the Naval Airbase. The base were notified about the problem and they locked down everything yet before the order could get out they had accidentally allowed a plane to take off.

The plane was coming nearby and so NCIS had no problem with meeting the plane on the ground. They waited until everyone had deboarded and they asked the flight crew if they had seen anything though no one did. They all said that there was no one else onboard and the lieutenant had been offended when the team chose to later search the plane themselves. Lt. Holcombe said that the federal agents were looking for flaws when they were none and she was she became overly aggressive when she was forced to defend herself as well as her crew when the team had found something. NCIS found blood in the cargo area and it eventually led them to a severed finger. And so there had been someone else on that flight.

They had the finger tested afterwards. It belonged to Franklin Poe and his name unfortunately meant the FBI had to get involved. It seems they had put Poe in federal protection program after he agreed to testify against his former crew and so an FBI agent had to be sent. Her name was Isabel Monet and she actually knew Sloane. The two were friends with something of a wild past and it made things uncomfortable for everyone else, only Monet was helpful, she had been on the case since the beginning. Monet was able to the others a little more background and she explained how Poe’s former crew were responsible for heists. They were into bigger games that the armored truck and that had been three hundred and fifty thousand.

Poe had been forced to give all of that up when he went in Witness Protection. He handed over all his properties and his funds. Poe had been broke when the feds gave a minimum paying job and so that’s why everyone believes Poe came out of retirement, but luckily Kasie was able to tell what happened after Poe made it on the aircraft. He parachuted out and Kasie knew he had landed in Brossard County. The name had sounded familiar to the others and so McGee told them how Gibbs’s cabin was in that same county. He thought it best to warn Gibbs in case trouble was coming his way and what he didn’t know was that Gibbs had been looking to get out of the cabin. Their boss and friend had heard what was happening and he decided to go look for their thief himself.

Gibbs had wanted to go it alone and it turns out his two best friends wouldn’t even give him that. They decided to come along and help. They both using their tracking skills to find out where the parachute had been spotted and they had run into a woman as they were making their way. She said she was a camper and that she had seen the parachute not far off. The guys followed her directions and they found it. They also came across the money. They believed that Poe might have lost the money as he was parachuting down and so they knew that their suspect would still be around. He couldn’t leave unless he had enough money to sent himself up again. And so they tried to make it through the forest only Phil was injured.

Phil had really hurt his leg and the guys had been dragging him along when they found a second parachute. The second one had still been attached to Poe and he died in the landing however a second parachute so close to the scene showed that there was a partner and so Gibbs left with Fornell to go looking for the woman. The same woman that had been so helpful before. The guys had left Phil on a stump to sober up and they went hunting for their second suspect. It was as they were looking that they heard a gunshot. They went back to Phil and found the woman holding him hostage. She said she just wanted the money and so after a slight tussle she took off with her bag of cash.

The guys were more worst off than before when they got back to the cabin yet they had run into Bishop and Torres. NCIS didn’t find out until much later in their investigation that Monet had lied to them. She hadn’t been the leading investigator and so Sloane got the truth out of her. She said the initial investigator had been Anna JenLowe. She left the FBI and eventually moved in with Poe, so the FBI believed she could have helped him with the heist and that’s why they didn’t want tell NCIS everything. They hadn’t wanted the fact a former FBI agent had assist with armed robbery to get out! But with a suddenly truthful Monet on their hands, the NCIS team had gone to check on their boss and had seen for themselves that he was alright.

Gibbs had also gotten them a lead because he put Phil’s fishing game in the money bag and so not only did they later catch up to Jenlowe – they also got to arrest her before the FBI took over their case.