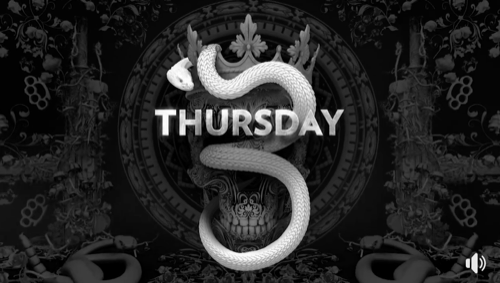 Pote is being tortured. He comes to. Teresa is by his bed side. She tells him he might need surgery on his hand. He sees James with her and gets angry. Teresa tells him he is with them now. She tells him she has a meeting with Ricco to talk crypto currency.

Camila is angry Rocco is protecting Teresa. Meanwhile, Teresa meets with Rocco. He shows her how to use crypto currency. She likes how it works. They have a deal. They go out and celebrate. At the club, she sees a Russian girl being abused. She finds her in the back of the club. The girl begs for her help. She sees there are 10 more girls like her.

Camila talks to Alonzo. She wants him to extradite Teresa back to Mexico. He isn’t budging. She shows him the book that brought Teresa into her life and now she is going to use it to get rid of her.

Pote and James try to talk sense to Teresa about helping the girls. She tells them she wants to do business different. George shows up. He tells her how Rocco plans to transport the girls. When they are alone he warns her that Rocco is dangerous and evil.

Camila watches her daughter and her fiancé practice dancing for their wedding.

Teresa and the guys take their places as they kick off their plan to get the girls from Rocco. Teresa heads to the bank to get her money back. They give her a hard time. She asks for the heard drive. The teller calls Rocco. He tells her to give Teresa the drive. George calls Teresa and tells her that Rocco is leaving with the girls ahead of schedule.

Boz talks to the General about their secret heroin deal. It is working out for them and he wants to keep it their little secret.

Teresa is brought into the vault where she gives her signature to have her money uploaded onto a hard drive. Pote and James talk about his intentions with Teresa.

George and his guys open fire on Rocco’s men. Rocco is torturing one of the girls when he gets a call. His men are being attacked. He yells that they need to get back to the bank.

The teller locks Teresa inside the vault and takes out a knife. She demands the hard drive. Teresa tells her no. They fight. Outside the vault, Pote and James fire at the guards. Teresa takes out the woman and then manages to get out of the vault just in time.

George and his men get the girls. Meanwhile, Teresa and the guys get out of the bank. George tells her they need to meet somewhere else. It is too dangerous.

Camila gets word of the gun fight and calls Rocco. She wants to offer her assistance. He tells her he has GPS on all his girls. Teresa manages to get them on a plane and they take off just in time.

Rocco calls Teresa and calls her a child. She could have been great. When he sees her again she will be screaming.