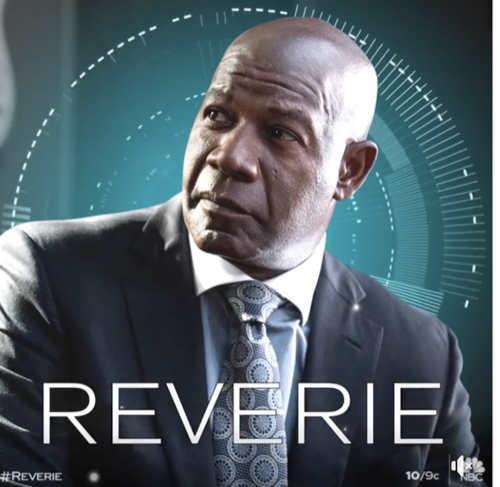 Tonight on NBC their new drama Reverie premieres with an all-new Wednesday, June 13, 2018, episode and we have your Reverie recap called, “No More Mr. Nice Guy,” below. On tonight’s Reverie season 1 episode 3 as per the NBC synopsis, “A family man robs banks in his Reverie and Mara must uncover the deeper reasons why. Mara’s derealization put her life in danger.”

Tonight’s episode of Reverie looks like it is going to be great and you won’t want to miss it, so be sure to tune in for our live Animal Kingdom recap at 9:00 PM ET! While you wait for our recap hit the comments and let us know how excited you are about the season 1 episode 1 of Reverie.

Several men in suits pull up in front of a bank. They get out with guns and put on wolf masks. They enter the bank and rob the tellers.

A woman is banging on a door. She yells for Nate. She enters. He is passed out in a chair.

Mara sees her niece and asks her to sit and talk. They face one another. Mara can’t believe what she is seeing. She talks to her niece. She asks to hug her. The little girl shakes her head yes. The phone rings. Mara answers. She gets called into the office.

Mara meets with Charlie, a woman, and her lawyer. They are suing Onira for damages. Her husband Nate has stopped living his life. He is hooked up to Reverie. He has lost his job. She is pregnant. Mara asks for them to give her one day to get Nate out. The lawyer agrees.

After failing to find out why Nate is in there robbing banks, Mara goes to see his wife. She has no idea why he is staying in the program. He was so excited to be a dad. She talks about how they were recently broken into. Nate came home to a man with a knife. He seemed okay after. She doesn’t think it has anything to do with why he won’t come out. There has to be something really wrong.

Mara leaves and calls Charlie. She wants to know if he can pull some files. She tells him about the break-in. While they talk, Charlie goes through Mara’s apartment. She has no idea. He sees the bunny.

Mara gets into Reverie and interrupts a robbery Nate is in the middle of. She lights his car on fire. When he comes out he is angry. She grabs his bag of cash and runs. He catches up to her. She finally has his attention. She tries to talk to him about all he has lost and will lose. Someone on a motorcycle can be heard in the distance. Nate has never heard that sound in the program. Mara doesn’t know what is happening either. A man rides up on his motorcycle, gets off, wraps a chain around Nate and takes off dragging him.

Mara talks to Paul about the man on the bike. She doesn’t know why the program would put Nate in that situation. He didn’t want it. Paul explains that maybe the program thinks he needed it. He wants to show her by allowing her into his own program. They enter his program. He shows her his childhood home where he grew up. He doesn’t know why he built it. He had a tough upbringing. He was filled with fear and anxiety. He brings her to his bedroom door which has locks all over it. There is a banging behind it. His father was a scary alcoholic. Reverie put those locks on his door for him so he could face his scary past in a safe way. He takes her back. She thanks him for letting her in.

Mara talks to Charlie. He has done some research. Nate never went down to the police station to identify the robber who broke into his house. Mara doesn’t believe it. She tells him about the man on the bike. Charlie meets with a former friend on the force. He tells her about the man Nate was afraid of without telling her that the man is from Reverie.

Mara sits waiting for Charlie when Alexis comes in. She is stressed out about a presentation she has to make tomorrow. Mara helps her with her approach. Charlie calls. They have found the man who broke into Nate’s home.

Mara enters reverie and finds Nate. He is all beat up. She tells him in the real world they have found the man who broke into his home. He needs to come out of reverie and identify the man so they can put him in jail. Nate isn’t relieved. Mara asks him why. He tells her the man came back weeks later and threatened to kill him. He has been scared since and he feels weak. Mara tells him about her own experience with fear and how she cannot even go down the street where her sister and niece were killed. She talks him into returning to his family.

Nate meets with an officer so he can identify the suspect. Nate tells them that is the guy.

Charlie meets with Mara. He tells her he is worried about her. This job comes with a lot of stress and it might not be good for her. She admits to seeing her niece. It has been a dream come true but she also loves helping all of these people. She asks him not to take that away from her. He says okay.

Nate comes home to his wife. He tells her he was ashamed because he froze up and didn’t protect her. She tells him she loves him and she would have done the same. They hug.

Mara is home. She takes the pills Paul gave her. She takes a ride down the street where her sister and niece where shot. She goes to the apartment and enters. She recalls everything, crying silently in the dark abandoned apartment. She breaths and tells herself she has this. She sees Brynn.