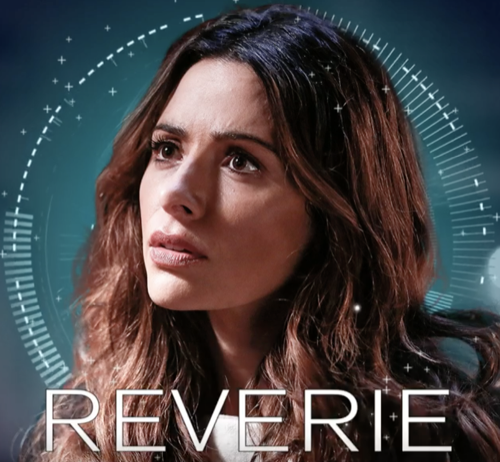 Tonight on NBC their new drama Reverie premieres with an all-new Wednesday, June 20, 2018, episode and we have your Reverie recap called, “Blue is the Coldest Color,” below. On tonight’s Reverie season 1 episode 4 as per the NBC synopsis, “Oliver Hill, Alexis’s former partner, warns Mara about the dangerous side effects of Reverie 2.0; and a BCI is stolen at Onira-Tech.”

Tonight’s episode of Reverie looks like it is going to be great and you won’t want to miss it, so be sure to tune in for our live Reverie recap at 9:00 PM ET! While you wait for our recap hit the comments and let us know how excited you are about the season 1 episode 4 of Reverie.

Mara turns. A car is coming at her. Someone throws her to the grass. She doesn’t understand what is going on. The man asks her if she is okay. He calls her by name. She doesn’t know him. He tells her his name is Oliver Hill and he is starving. They head out to a diner.

At the diner he tells her he was in reverie a lot before she was. He knows what she is going through. She feels like she is losing her mind. He feels the same way and he needs her to help him stop it. He is a founding partner of Onira Tech and now they want to roll out another version to 100 million users. They need to be stopped. But he cannot get neat the building.

Mara heads into the office. Charlie tells her there has been a breach. He thinks one of their people must have taken it.

A man named Glenn is at his apartment. He rearranges several things. He has a tick and obvious OCD.A neighbor kid knocks on his door. They talk baseball cards. His mother comes to get him. He needs to go to the doctors. The man says goodbye. Goes back inside and enters reverie. He cannot bring himself to go outside.

Mara asks Dylan about Oliver Hill. She cannot disclose much information. Charlie and Paul come in. Whoever committed the breach is in reverie right now. They need her to go in. She enters. She sees 4 doors. Mara tracks down the man named Glenn. She gets out of reverie and tells Paul and Charlie she saw him. They talk to one another about the dark reverie. Mara is stumped. She doesn’t know anything about the dark reverie. She gets Charlie alone and asks him why she wasn’t told about this or Oliver Hill. He brings her to talk to Alexis. They tell Mara that Oliver is not well.

Mara thinks she might have tracked down Glenn. She and Charlie go to his house. He only lets Mara in. They talk about his OCD. Charlie waits outside. Mara asks Glenn why he is using reverie to rob a drug company? Does it have something to do with his OCD? Just as he is about to answer, Charlie yells to them from outside, asking if everything is okay. He touches the windows. This upsets Glenn who goes into reverie.

Back at the office, Charlie and Mara tell Alexis that they have Glenn in the hospital ward. She thinks he has what is coming to him. Mara is upset. He cannot go to jail. He has OCD. Mara goes to see Paul. She asks him if she is going to go crazy. Like Oliver Hill? He shows her how unstable Oliver was before he went into reverie. Mara has an idea. She goes into reverie. She finds Glenn and asks if his stealing has something to do with his neighbor, the young boy named Quincy. He tells her yes. Quincy has fibrosis and he failed to get into a drug trial lottery. So he was going to steal the medication. He has watched Quincy grow up. He cannot watch him die. Mara tells him she will ask Charlie. Mara asks Charlie to let her help Glenn steal what he needs.

Charlie goes to meet Oliver outside his apartment. He asks Oliver what he wants. Oliver wants back into the company. He helped start it. Charlie tells him he has been compensated and he will never be allowed to return. He asks him if he has been taking his medication. Oliver gets angry. Charlie warns him to stay away.

Mara and Glenn meet later that night. They are not in reverie. She brings him to the company where he breaks in. She stays in the car. They talk through earpieces. He gets in and gets what he needs. He finds the exit. The sun has come up. He focuses on the dice and walks to Mara in the parking lot. He gets in. Charlie meets them. He tells Glenn there is no way he can let him commit a felony. They bring him to the company’s CEO. The man tells Glenn if he can tell him how he managed to bypass all of his security then Quincy can have a spot in the trials. It’s a trade-off.

Oliver meets with a man in a parking lot at night. He needs him to sign up for reverie and he will pay him for access.

Alexis tells Mara she used to be in love with Oliver. They were a couple until he became crazy and paranoid. She just wants to forget it all happened. Mara agrees to forget.