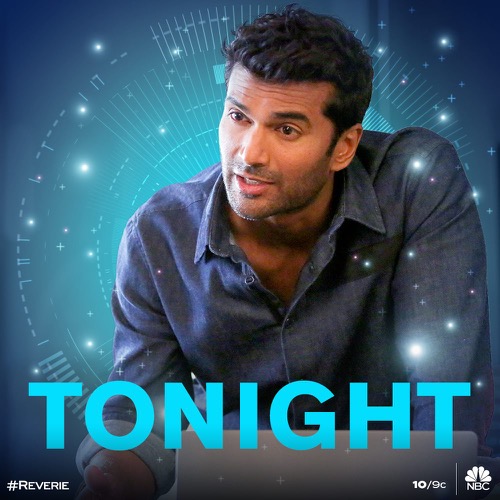 Tonight on NBC their new drama Reverie premieres with an all-new Wednesday, July 11, 2018, episode and we have your Reverie recap called, “Pas de Deux,” below. On tonight’s Reverie season 1 episode 6 as per the NBC synopsis, “Mara tries to save a young dancer whose recent tragedy has sent her spiraling into deep despair. The case leads Mara to a surprising reunion with Chris, the love she left when her life fell apart.”

Tonight’s episode of Reverie looks like it is going to be great and you won’t want to miss it, so be sure to tune in for our live Reverie recap at 9:00 PM ET! While you wait for our recap hit the comments and let us know how excited you are about the season 1 episode 4 of Reverie.

A woman named Holly is in a wheel chair. She doesn’t fell like going out. Everyone will look at her. She enters reverie in her living room. Suddenly she is a ballerina. Her sister comes home. She finds her in reverie.

Mara arrives at the office. She has a visitor, Chris. He asks how Charlie is. How she is. She apologizes for not returning his calls. He laughs, from 19 months ago. She apologizes. He isn’t accepting. She says sorry again. He came in with the goal of being professional but he couldn’t help it. He is here about a dancer.

Paul asks Charlie who Chris is. Charlie tells him he is a psychiatrist who used to work as a consultant at the police department where he and Mara worked. Paul asks if Mara and Chris were ever a couple. Charlie refuses to answer.

Mara goes into the program to see Holly. Holly asks what she is doing there. After Mara tells her she has been in the program too long, Holly runs off. Mara comes out of reverie and talks to Paul and Chris. She doesn’t understand why Holly took off on her or why she is dancing on stage in front of no one.

Mara goes to visit Holly and her sister, Viv. Mara sees a little music box with a ballerina dancer. She asks Viv where it is from. The same music was in Holly’s reverie. Viv tells her she probably got it from her e-boyfriend Zeke who dumped her right after her accident.

Mara is working late. Chris comes in. He would like to talk about the case. They agree to chat over dinner. Chris sees Charlie alone before he heads out with Mara. Charlie tells him Mara is in a good place, she is healing now.

Chris and Mara are out to dinner. She thinks Holly has been through too much. Maybe she needs a space where she can be herself and not be angry. They start talking about themselves. Mara apologizes for abandoning Chris. After her sister and niece died it was hard for her to survive. He accepts her apology. Later, Chris drops her off. They almost kiss. He leaves. Mara calls Paul. She knows it is late but she hopes he can meet her at the office.

Mara goes into reverie and meets with Holly. She is dressed as a ballerina. They begin dancing together. Mara asks her about Zeke. She shuts down. Mara pushes her with more questions. She takes off to a room.

Mara goes to see Zeke. He tells her that Holly broke up with him. He was in it for the long haul. Mara asks him about a music box. He doesn’t know what she is talking about. Mara goes to see Paul. Nothing makes sense and she thinks the answers are most likely behind the door where Holly keeps running off to. The place where Mara cannot go.

Mara goes into reverie and finds a little girl names Sadie. They color together. Holly comes into the room. She doesn’t seem happy. Sadie goes into another room. Holly admits she was pregnant with Zeke when she had her accident. She never told Zeke. She lost everything. Mara tells her she has to come out of reverie. She is dying in the real world. Holly doesn’t see the point. She wants to stay in reverie where she has it all.

Mara comes out and tells Paul and Alexis. Paul thinks Holly is an adult if she wants to stay she can. Alexis wants to pull her out but they have never done it before. Mara wants some more time to see if she can talk Holly into coming out. Mara heads to see Chris. He doesn’t know what to give her for advice. She hates that that is his answer. He cannot help it. Mara was the strongest woman he knew. Then she gave up and it floored him. His advice would be to never give up.

Mara goes to see Viv. She discovers Viv has MS. She hasn’t told Holly because she has enough to deal with. Mara urges her to tell Holly. Viv thinks she needs to keep it to herself. Mara thinks it could actually save Holly. Mara enters reverie. She tells Holly about Viv. Holly is torn. She wants to stay and she wants to go. She needs to do something first.

Holly dances with her daughter as Mara watches. At the end, Holly says goodbye to Sadie. She cries before waking in a hospital bed. Later, Holly goes to the dance studio to see Viv. She wants to help her sister. Viv asks her to teach a class. Viv watches with a smile.

At the office, Mara sees Paul. Paul tells her he really likes Chris. Mara goes to see Chris. She tells him he is her favorite person. But she wants to be ready and she still has some pieces she needs to put back together. He tells her to call him whenever he is ready. She leaves and goes to the hospital. She goes to see Ray, he is hooked up to machines in the hospital.