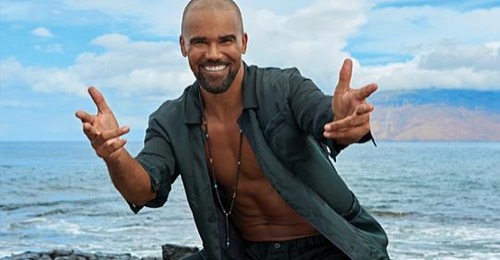 Tonight on CBS their new show S.W.A.T. inspired by the television series and feature film airs with an all-new Thursday, October 25, 2018, episode and we have your S.W.A.T. recap below.  On tonight’s S.W.A.T. season 2 episode 5 called “S.O.S.,” as per the CBS synopsis, “Hondo and Lina go undercover to infiltrate and take back a cruise ship that’s under siege by drug smugglers who will execute passengers if they detect police on board. Also, Street enters the SWAT Training Academy and finds the competition fiercer than he expected, with the applicants all vying for the one SWAT position available for the year.”

SWAT begins tonight with a cruise ship is arriving at port; a guard named Jordan is killed when he discovers men stealing several kilos of drugs. A second guard is shot when he hears the call from Jordan, he is able to signal to shore a hijack alert code. Before they are able to get help, the hijackers stop the ship and say if they approach they will toss dead passengers overboard.

At HQ, Christina “Chris” Alonso (Lina Esco) tells Jim Street (Alex Ryssell) to give em hell at the SWAT Academy. He thanks her and hopes that Daniel “Hondo” Harrelson (Shemar Moore) doesn’t give his spot away, while he is gone; before they can say any more Jeff Mumford (Peter Onorati) calls everyone to the ring announcing they have 93 candidates in the Academy for the 1 position in SWAT, so they are the ELITE 8. Rocker (Lou Ferrigno Jr.) and Dominque Luca (Kenny Johnson) tell them it will be super competitive as there is only one spot, so second best isn’t good enough. Hondo tells Chris he just got word that something’s cooking.

On the cruise ship, Conner a passenger feels something doesn’t feel right and goes to retrieve his satellite phone, as all communication from the boat has been cut. Jessica Cortez (Stephanie Sigman) informs Hondo and David “Deacon” Kay (Jay Harrington) of what they know so far from the cruise line; both learning there are about 1200 passengers on board and the security chief is Kevin Weller who is former LAPD. Robert Hicks (Patrick St. Esprit) joins them, saying they have a call from a sat phone from the boat, asking if someone is going to help them. Hondo tells him to hang up and go find Weller. Hondo feels him and Chris can go in the Nemo but they can be the only two who go to the ship undetected.

Victor Tan (David Lim) tells them they are 60 seconds out, as Deacon reviews what their plan is and the layout of the old ship. Hondo jokes about Deacon being a cruise kind of guy. One of the guys orders Captain Barnett (Tom Schanley) to call the harbor for more fuel as they are going back to Mexico, just as Hondo and Chris enter the water. Hicks tells Jessica they might have bought some extra time as they are demanding more fuel to return to Mexico; Jessica worries about how they will react when they realize they can’t refuel.

Luca and Rocker taunt each other about whose team is better. Mumford asks Luca if he is willing to bed a thousand bucks on whose team is going to win. Jim continues to act cocky, but Luca says he got it right for once and tells Devlin he did a great job. Luca walks out to the second station.

Hondo and Chris make contact with Conner who brings them to Kevin Weller; they realize he is wounded. He says they are brothers, Colton (Rob Welsh) and Remy Pope and they work for the ship; they ask Conner to give them some clothes and a bag. Hondo wants to know why Chris is so cynical about romance; Hondo says this job makes it tough for romance but not impossible. Jessica guides them to the stairs which will bring them to the bridge.

Deacon and Tan bring a warrant to open the storage unit where the brothers have lots of guns and ammo, but can’t understand where they graduated to cocaine smugglers. Tan finds a laptop, where they discuss their entire plan, revealing there is a total of five of them on the ship. Deacon informs command there is a total of 5, not 2. Meanwhile, Chris and Hondo are in the restricted crew area and as Chris is up in air duct, another one opens fire on Hondo, who gives chase; but he is able to escape while on deck.

Hondo calls back to command asking if they can get faces on the other 3 guys, saying sooner is better. Remy orders the Captain to put him on the ship’s PA and he announces that everyone who is out in the open has a good chance of getting shot. Hondo tells Conner to find a place to hide and tells Chris they plan to smuggle the drugs through the laundry so if they find their drugs, maybe they can get some leverage on these guys.

Devlin and Street seem to be neck and neck in the SWAT Academy competition, as Mumford says second place is the first loser! Devlin won, Street two. Street tells Devlin it was a good race but Devlin doesn’t want to make friends, not a buddy in the competition and is sure Street is a good guy but he already had a good chance, suggesting they stay in opposite corners.

Tan and Deacon stop a Laundry truck from coming into the storage building, saying they want to talk about the Colton brothers; Tan tries to talk to a woman who looks awfully twitchy, and she drags him along with her van for quite a ways. They arrest her and find out her name is Riley Pope (Riley Rose Critchlow), realizing this is a family business.

Hondo and Chris talk to Weller about cop work as they search for the drugs; Weller suggests there are a lot of hiding places for the drugs down there. They find several people hiding in one of the rooms, saying they heard the announcement and were scared. Jessica calls them saying Riley gave up two more names, one of them is the guy who shot at Hondo and the other is Keith Cooper (Jake Tandy) who was just hiding in the closet, but the fifth guy is the one running the whole thing.

When they return to the closet, Cooper opens fire at them and Hondo and Chris raise their guns and search for him; just as Cooper is about to shoot Hondo, Chris kills him. The PA sounds saying to the passenger who decided to play hero, let’s see how brave you really are. He has 5 minutes to give himself up, and every minute he doesn’t ; he will shoot a crew member. Chris tells Hondo he can’t; be he is willing to as they don’t know about her. Remy tells Colton it is him when he sees Hondo and Colton points his gun at Hondo and tells him to come up to the bridge.S.W.A.T. Season 2 Episode 5 ‘S.O.S.’ Recap Part 2

Hondo enters the bridge as Colton is done with him being a pain in his ass; Hondo just wants him off the ship. Jessica loses audio, but Chris still has him as Hondo reveals he is SWAT and that he doesn’t want to kill him because Colton really isn’t in charge of everything and he is there to offer him a better deal. Suddenly, a voice comes through as Hondo says he is offering him a speedboat, the drugs and the 3 on the boat will be given passage to shore and they can disappear, however they want. The boss says he is the guarantee only if Hondo goes with the 3 men and Hondo agrees.

Deacon brings the boat out as Jessica and Chris panic. Jessica returns to interrogation demanding to know who the fifth person is and that people were killed and that means murder charges for her. She presses her to think as her brothers must have said something. She heard her brothers say they are very scared of this guy and if things went wrong, they would all be dead.

Mumford taunts Luca, suggesting he pays up now since his team isn’t even there; Street says him and Devlin can join the race and even Luca can lace up. Jim says to Devlin this is good for Luca and great for his old team, not to show up Devlin.

Chris plays the audio for Weller, who says the music is from the grand lounge from the 4th deck. When Deacon says he is simply dropping off the boat, Colton tells him he is now driving the boat for them and stays with Hondo and the Pope brothers. Chris goes to the fourth floor and might have information on the fifth guy. Hondo looks around as his hands are tied behind his back and Deacon drives away from the cruise ship.

Chris informs Jessica she possibly has 30 hostages in the room. She hands Conner the radios and asks if he can push both mic buttons at the same time when she signals him. He says he can without explanation. He pushes it and one man quickly grabs his ear; Chris has found her suspect but he smashes a glass over her head. He runs into the kitchen and Chris chases him, They fight as he throws knives and dishes at her. He begins to choke her out but Chris gets the upper hand, just before Conner was about to help her.

Colton gets nervous feeling this was a setup. He is about to shoot Hondo, when Deacon swiftly stops the boat. Colton shoots Remy and Hondo knocks Colton to the ground while Deacon arrests him; Deacon tells Jessica it’s a Code 4 with all suspects down. Captain Barnett apologizes to the passengers and they are on their way home. Chris talks to Kevin Weller, saying if there is anything they can do for his fallen security guard, he should let them know.

Back at HQ, Tan lets Street and Devlin know how intense the Duck til Dawn truly is. How every single law enforcement is involved from ATF, FBI, Sheriffs are racing across the desert. They take it 5 miles at a time, it’s a year’s worth of bragging rights. Mumford feels Luca is cheating by bringing Street and Devlin along but Street and Devlin tag team him saying he might be worried he’ll get shown up by recruits! Luca suggests he might want to back out and cash in on the bet.

Deacon is greeted by Annie, who brought her energy bars; Hondo tells Chris that Annie and Deacon are making it work and Chris can make it work. Hondo says that his deal is just complicated and this isn’t the time nor place. Luca is happy his team is back together as Street and Devlin help them load up, disappointed they are no longer included. Street and Devlin talk about going to Uncle Tito’s Restaurant and make a bet who can make the 5 miles to get there first.