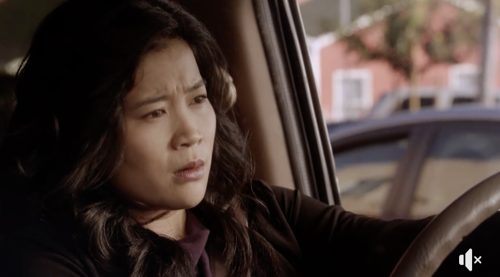 Tonight on CBS their hit drama/comedy Scorpion airs with an all-new Monday, March 5, 2018, season 4 episode 18 and we have your Scorpion recap below! On tonight’s Scorpion season 4 episode 18 “Team Scorpion inadvertently crashes a bank robbery in progress and is taken hostage. Also, Sylvester’s feelings for Florence grow.”

Walt was in an even grumpier mood than normal on tonight’s all-new episode of “Scorpion” because Paige out of the office and he found himself doing tasks she would normally handle.

Walt didn’t like doing the books. He thought it was beneath him and that had put him in a bad mood, but what had really gotten him upset was Toby. Toby had gone home to get his sperm sample because he thought he might get a better sample if he was comfortable and afterward he had wanted his friends to drop him off at the clinic because he thought they could get him there as fast as possible. It turns out Toby had been wrong. He had put his faith in Walt and Walt had let him down because he thought Toby should have just given the sperm sample at the clinic. And the fact Toby hadn’t had made Walt ornery.

Walt hated to bothered when he didn’t have to be and so he agreed to drive his friend to the clinic though he later decided he needed to take a pit stop at the bank. He had assured Toby that the stop wasn’t going to take longer and that all he needed was a withdrawal that he refused to get from the ATM machine though going inside had been a mistake. The guys had gone in to get the cash and unfortunately, they noticed some worrisome signs. They saw that the hospital was understaffed, that the security cameras were off, and that the “intern” that helped them was way too old to be an intern. So Toby quickly figured out that the bank was being robbed and he had tried to warn Walt.

Walt had been focusing on the money and so he didn’t see what Toby saw yet Toby tried to explain things to him quietly as they were leaving and, well, they never made it to the door. The bank robbers had pulled a gun on them and had later thrown in the room with the rest of the hostages. The hostages were bank employees and there had been one guard there with a broken nose. That told them that the bank robbers were prone to violence and so the guys tried to work carefully as well as quietly with Cabe. Cabe had gotten stuck outside and had heard everything the guys were hearing through their comms.

Cabe had then brought everyone else up on what was going on. Sly and Florence worked things from their end at the office and Happy had sorta hijacked her doctor’s office. She had gone in there with Paige and she had talked Toby through turning the cameras back on the inside, but that hadn’t led to any good news. The cameras had shown that there were a group of robbers inside carefully removing the dye packs from all the cash they were taking and there was a lot of cash. The bank was conveniently located near a betting den and so there was about ten million there. And the robbers had even had someone that knew the bank working with them.

Steven Peterson was a bank teller at the bank and he didn’t have a record however his brother Nate did and Nate was in there with Steven robbing the place. He either convinced his brother to help or was convinced himself and so no one that worked with Steven had wanted to believe they would hurt them only Toby knew better. He and the others had all seen the robbers’ faces and that meant the bank robbers weren’t afraid of being seen, so Sly checked things out from his end. He found out the robbers had been looking into a nonextradition country and so Toby felt for sure that the robbers were going to kill them all before making a run for it.

Only Toby wasn’t concerned about his life. He had been concerned about his sperm sample and so he had tried to use the old tubing system in the bank to send Cabe his sperm sample through the sample had gotten stuck in the old system and it had alerted the robbers to there being someone in the ducts. Therefore, they went back to the room with the hostages and saw Toby slowly coming down. The robbers had thankfully chosen not to hurt them at least not at the time and so that gave the team the chance to come up with a plan. And seeing as it was Walt’s fault to begin, he was the one that came up with a plan.

Walt told the others that they should explode the dye packs. The dye packs were both electronic and dangerous. They set off toxic fumes that could blind the unsuspecting and so Walt decided to sneak outside to help things on that end only the dyes didn’t explode like they thought they would. Sly had tried to explode them remotely and as it happens the blinds to the bank was blocking his frequency, so Walt had to run outside to open that blinds and that’s how he got caught. Steven had found him and had pulled a gun on him, but Walt told Sly to explode the bags and luckily there had been one right behind Steven.

The blast from dye packs exploding knocked most of the robbers out and that allowed Cabe along with the police to rush the building. The proper authorities then arrested the robbers and Toby got his sperm sample from the bank’s tubing system except he thought it was too late by then. He told the others he couldn’t get his sample to the clinic in time and so that’s when Cabe showed him that he arranged for a police escort. That allowed them to run the red lights and get the sample just inside the window. So Happy was able to go through with the insemination and Walt learned a lesson about his selfishness.

Walt had been a grump for a while now and so he slowly returned to the guy they all liked/loved tonight when he realized he could have cost his friends everything.