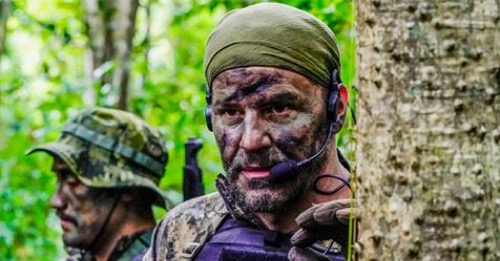 Tonight on CBS their new military drama Seal Team airs with an all-new Wednesday, December 12, 2018, episode and we have your Seal Team recap below. On tonight’s Seal Team season 2 episode 10 Fall Finale, “Prisoner’s Dilemma” as per the CBS synopsis, “The hunt for Andres Doza comes to a head when the SEAL Team makes one last ditch effort to find and capture the leader of one of the most powerful and lethal drug cartels in Mexico.”

Mandy and Jason finally apologize to one another after weeks of being at each other’s throats. Jason and the team head to find Doza. They arrive at a warehouse with their weapons ready. The team splits up, working from the basement and the top, clearing every floor. They find a maid who tells them about Doza’s safe room. They make their way in. Blackburn radios them to tell them he knows where Doza is, on the news. At a press conference, Doza tells Mexico that US soldiers are after him and to keep the city safe he is turning himself in right now. They take him away on TV. Jason and the team watch from Doza’s safe room. This is his plan to escape custody and hide behind his own government.

Back at their makeshift headquarters, Blackburn tells them they have to leave. The team doesn’t want to give up. They want Doza. They have 24 hours before they need to leave the country. They get the green light that they have until sun up to get him and they won’t receive support. If they get detained they have to go. They all agree including Lopez.

The team sit together and come up with a game plan to get to Doza at his mansion where he is being held. Ready to get going, they head out right away and trudge through miles of woods. They come upon the mansion and spots several men outside. They take them out one by one quietly as they move in closer. They walk for a bit as the sun goes down. They set their sights on the house. They take out two more men followed by six before they get into the house. They clear the first floor before making it upstairs to the second floor. They grab Doza who is alive. They zip tie his hands. Lopez loads a gun behind them quickly. Jason watches outside as he hears the helicopter headed to get them. Shots are fired and the helicopter goes down. Doza is pleased.

Blackburn radios to the seal team and tells them it is the state police. They are coming for the seals because Doza is their charge. Blackburn tries to argue with higher-ups, buying the team time but ends up talking with the men out front who give them 10 minutes before they are coming in. Dopza is on his knees, smiling. He tells Jason that he made him his protector.

Blackburn radios that they need to lay their weapons down and surrender. They don’t want to but they do. As they wait for the police to come in, Lopez’s takes out the gun and shoots Doza in the head. Jason is furious and tells him they can’t lie for him. The police come in to find Doza dead on the rug.

Lopez tells them he did it. Jason suggests maybe Doza shot himself in the head to avoid extradition. Surprisingly, they all agree to the story and the seals leave with Lopez.

Back at base, the guys say goodbye to Lopez and wish him luck, offering him a safe place in the states if he needs it. He tells them he wants to stay and keep fighting.

On the plane ride home, Jason and Mandy talk. She feels like this win came at a steep price. “They all do,” he tells her.

The team arrives and Jason finds the kids to surprise them. Meanwhile, Sonny and Davis end up at a bar together, Ray and his wife spend some time on the couch while Clay arrives home to an empty apartment.

Later that night, Jason goes to talk to Alana at her grave. He tells her about the kids and work. When he’s home, however, he is lost and alone without her. How do you un-break the broke, he asks her.