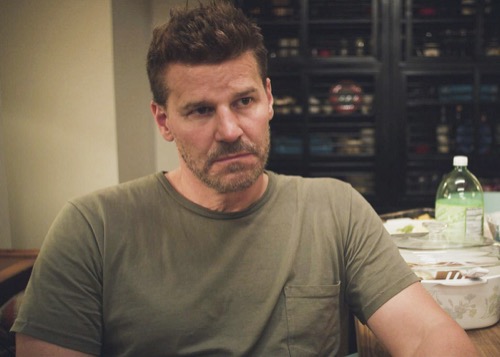 Tonight on CBS their new military drama Seal Team airs with an all-new Wednesday, October 03, 2018, episode and we have your Seal Team recap below.  On tonight’s Seal Team season 2 episode 1 premiere, “Fracture” as per the CBS synopsis, “The Season 2 premiere: Jason and Bravo Team head to the Gulf of Guinea to rescue American hostages after an oil platform is overtaken by armed militants.”

The Seal Team drops down in the middle of the night in enemy territory. They come up out of the waves of the ocean, guns raised. In the sand dunes they change and dry. They get back to their mission. They head to a village and pick off the enemy one by one. They get their man and head out. The lights come on. It was all a drill. Blackburn tells them they crushed it. Jason is thrilled – the team is back.
At home, Jason talks to Alana. He is staying with her and kids since the crash and since he collapsed. He is bucking with their son and he isn’t happy about it. Meanwhile, Ray teaches a much of guys on how to fight. It is obvious he doesn’t love what he is doing.

Davis comes to find Sonny at the strip club. He is shirtless and passed out on the stage. She slaps him awake and warns him to cut it out or he is going to be without a job. She brings him to meet the team. They are all irritated. He smells like booze. Clay calls Sonny on the drill last night. A few of the moves he made weren’t clean. Sonny reminds him it was a drill. Ray shows up. Jason comes in. Ray wants to talk to him, but they get called. Blackburn has a mission for them. A new startup army has some Americans. They don’t want money, they want to announce their presence.

The team meets to go over a game plan on how they will make their entrance. A new explosive specialist is introduced to them. They leave in 2 hours. Jason heads home to get his passport. Alana is annoyed. His crash was just 6 months ago. He doesn’t answer. She gets up to leave and go meet a client. He tells her he will see her when he gets back. Meanwhile, Stella is upset Clay is leaving.
Ray finds Jason to apologize. He wants his job back. Jason tells him he doesn’t trust him. He lied and someone died. He has to go.

On the flight, Sonny tells Clay he is just keeping Ray’s seat warm. Meanwhile, Ray’s wife tells him maybe he needs to stop waiting on Jason and transfer out of Bravo.

The team is on a boat headed to their mission. Jason touches base with Blackburn and Davis. They need to move. The sun will be up soon.

The team arrives to their targeted location. Davis alerts them to enemies 20 yards away. They move in. Their new explosives guy needs 30 minutes to shut off their bombs. They all disperse to take out the hostels. They save a hostage and head to get the other. The sun is coming up. Sonny finds 4 more hostages. EOD secures explosives. Jason radios in. They are almost done.

Davis loses eyes on them. Just as they are ready to leave, two boats head towards them firing. They launch a missile and it sends Jason and the team dunking for cover. They get up and fire on them, taking them out. A fire has Clay stuck up top. He jumps and rockets through the surface of the ocean. Jason and Sonny get nervous but he pops up seconds later.

At home, they all have a drink. Jason asks the EOD guy to stay on. Jason heads home to see Alana sleeping. He wakes her and tells her he is safe. He is excited. She isn’t happy. He tells her he thinks he has found a place close by. She still isn’t happy. He asks her what she wants from him. She doesn’t want him to die, they have kids.