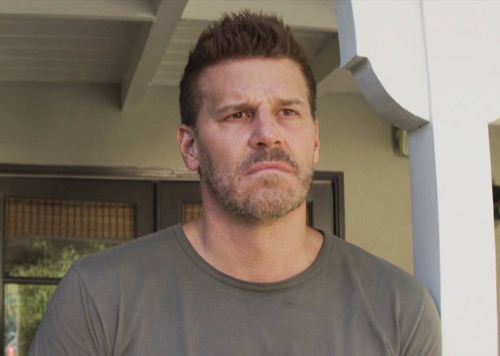 Tonight on CBS their new military drama Seal Team airs with an all-new Wednesday, October 17, 2018, episode and we have your Seal Team recap below. On tonight’s Seal Team season 2 episode 3, “The Worst of Conditions” as per the CBS synopsis, “After tragedy strikes, Jason is faced with a huge decision regarding his future with Bravo Team.”

Alarms are blaring. The Seal Team goes in to a building. There are bodies everywhere. They make there way through a hotel. They see a hostile with a gun and shoot, taking him out.

Jason shows up at the ER. Alana is in surgery. He runs. The surgeon comes out and tells him he is sorry.

Sonny and the guys are playing darts and drinking. Blackburn comes in and tells them about Jason. Meanwhile, Davis is also being told by her supervisor. Maggie is told next.

Ray arrives at the ER. Jason tries to talk. Ray tries to comfort him.

Davis picks up Jason’s mom at the airport. Meanwhile, Stella helps Clay organize Alana’s funeral. Ray’s wife shows up at Sonny’s. She grabs the bottle of booze out of his hands and tells him to shower. He needs food. They need to focus on Jason.

At home, Jason tells Emma he can get her some food. Emma cries. She wants to break everything. She is angry and this is hard. Jason comforts her while he cries.

Jason is hiding in the garage. Ray comes out to see him and ask him to come in to the gathering inside. He doesn’t want to listen to anything or anyone’s apologies. He cannot bury her. Emma is also having a hard time inside. She tells a friend she wants to steal beer and take off.

Sonny talks to Jason and Alana’s son. He tries to comfort him. Jason’s mom in turn comforts Emma who wonders if her dad will be affected by her mom’s death. He has buried so many people.

Stella tells Clay she was glad to be there today. His team is like a community. Davis and Sonny are at the bar talking about funerals. Sonny tells her what he wants when he dies, a Texas BBQ. Blackburn stops by to tell her she got her commission. She is thrilled but wants to keep it between them.

In the kitchen, Jason’s mother tries to figure out what they all want for dinner. Emma and Mikey want ketchup tacos. Alana knew how to make them from memory. Jason gets upset and starts punching everything. The kids cry. His mother tries to comfort them all.

Maggie shows up. Jason tells her he doesn’t want sympathy or to talk about Alana. She agrees. The next day, Ray finds Jason at the scene of where Alana’s car accident happened. He cannot wrap his head around it. His job is so dangerous, but she dies. He took her for granted and he misses her. Ray promises him they will get through it.

Jason tries to talk to Mikey but he won’t respond back. He is mad that Jason punched the fridge. Alana wouldn’t have liked that. He promises he won’t do that again and they will never forget her. They head down the hall. Jason’s mom and Emma are picking out Alana’s dress. Jason chooses one she always wore that he bought her.

At the funeral, Jason gives a eulogy. He talks about how they met and how he thought that Alana and the kids revolved around him. But that wasn’t the case. She was the center of their world. She made everything work. The team’s phones all ring. Emma stands up and lunges at Jason, telling him she hates him. He cannot go.

Blackburn updates the team that they have Pakistan radicals who have taken over an Indian hotel. Jason shows up in the middle of the update. They all stare at him. In the locker room, Clay gets mad. Why are they not talking about how Jason showed up at the meeting? He isn’t up for this.

Jason finds Alana’s jewelry in his pocket, a ring and a locket with a picture of his family. He calls Ray who meets him at the base. Jason asks him to back up the Bravo team. He cannot be there. He is all Mikey and Emma have left. He doesn’t know how long he plans to stand down. He goes home. Emma is surprised and happy to see him. He was sure he was leaving.

On the mission, Ray and Clay switch spots since he has worked as Bravo 1 before. Ray is just happy to be back. Clay doesn’t look thrilled. They enter the hotel and head for their target but they cannot find him. They radio in.