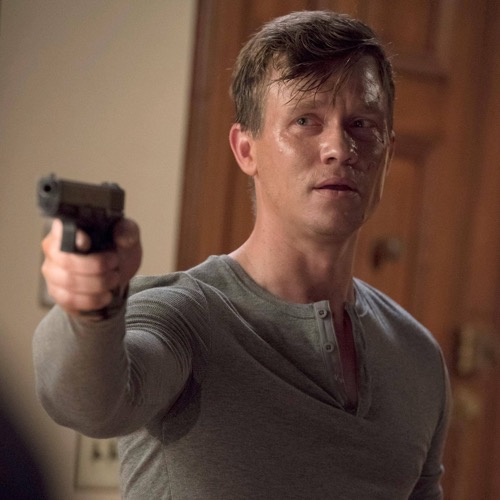 Shades of Blue airs on NBC tonight with an all-new Sunday, August 12, season 3 episode 9 called, “Goodnight, Sweet Prince,” and we have your weekly Shades Of Blue recap below. On tonight’s Shades of Blue season 3 episode 8 as per the ABC synopsis, “Harlee uncovers a betrayal. Cole tries to avoid Ramsey’s reach. Wozniak attempts to negotiate with the intelligence unit.”

The whole city was looking for Wozniak on tonight’s episode of “Shades of the Blue”. They had all been fed the same line about Woz and how he was supposedly involved in this terrorist cell, however, Woz wasn’t a terrorist. He had just made enemies out of some very powerful people. Woz had kidnapped a cartel leader’s son and had upset the Intelligence Unit. In other words, there was one group that everyone knew was dirty and the other that can hide behind their badge. The Intelligence Unite was run by Ramsey and Ramsey wasn’t uncomfortable with people he didn’t trust knowing his secret. It was why he was also searching for one of his former detectives. Cole was at least safe because he knew better than to tell anyone how to reach him and so both Harlee, as well as the crew, were hoping to flip Cole on his former boss.

Cole saw a lot when he was working for the Intelligence Unit. He could testify against all of them and so the crew wanted to bring him in though Cole wasn’t having it. He didn’t feel safe. Cole didn’t want to stick his neck out unless he knew he was going to live to see another day and he also didn’t believe in Harlee’s assurances. She and the rest of her crew could barely protect Woz. Woz had been staying at Harlee’s place and he had been forced to move in quite a hurry because Harlee found herself in some trouble. Her car had gotten taken by the police that was investigating her for Gina’s murder. She knew that she didn’t do it and that Stahl must be back in New York, so what she didn’t understand was why she was suddenly under investigation. She had taken everything she had to Agent Meyers because Meyers was allegedly looking for Stahl.

The whole FBI was looking for Stahl. Stahl had been one of their own that went off the rails and kidnapped a woman. He was facing some serious charges if ever resurfaced and Harlee believed he did. He must have killed Gina because she was one of the few people that knew about his deteriorating mental state and so Harlee had gone back to the FBI once her car was taken. She sought out Meyers and had asked the other woman why she was suspect. Harlee had handed over the murder weapon and somehow that hadn’t been enough. She wanted to know why and Meyers wasn’t giving her good reason. All she would say was that she passed the information on and so Harlee was about to ask another question when she noticed the earpiece on Meyers’s desk. It was small and could easily be hidden. And therefore Harlee asked if it got good reception.

Harlee then asked if it could be used in the interrogation room because she knew there had been something off about Meyer’s behavior when she was questioning Harlee. Harlee hadn’t even bothered to stay around to get answers because she knew, from the moment she saw that earpiece, that Meyers couldn’t be trusted and so she went back to her office. Harlee later told Loman all about it and together they went over footage from the MTA. The detective had thought about it and she realized that if Meyers couldn’t be trusted then anything that Meyers said or did could be trusted either. Including when the agent sent her video of the subway that made Harlee thought she was seeing things. She knew she saw Stahl following her and so she took another look at the footage with the difference being that it came directly from the MTA.

Harlee and Loman looked at it together and together they both saw Stahl. Stahl really was back in the city and so Harlee took the footage back to the FBI. Harlee had played the video for Director Baker and she made sure Meyers was in the room as well because she wanted to prove that Meyers had sat on the information. Harlee said that Meyers had sent her a doctored footage. Only Meyers claim she never doctored a thing much less sent something. She denied sending the footage to Harlee and the claim that she was helping Stahl. She said she had been in the same class at Quantico as Stahl and that’s it. Meyers said there was no other personal connection, but it was too late to win back the Director and so she came under review. Meyers was being investigated for her failure to notice Stahl was back in the city and that made her doubt Stahl.

Stahl had apparently sent that footage from Meyers’s email without her knowledge and she wondered what else he was doing that she didn’t know about. Meyers called him and told him to get out of town now that his cover had been blown yet he ignored the call. He went back to Meyers’s apartment and he found Meyers going through his things, so he asked her what she was doing. She told him that he should just go while he still could and she accused him of using her. Meyers realized that nothing Stahl said could be trusted and so that’s when she made her mistake. She asked him about Gina and that’s when he snapped. Stahl killed Agent Meyers and then he went to Harlee’s apartment to wait for her. Harlee was always going to be his endgame and what he hadn’t realized was that Harlee had stopped caring about him.

Harlee and Woz had tried to make a deal with the cartel in exchange for Enrique Ortiz. They told the cartel’s spokesperson that they were going to kill unless the cartel remove their presence from NY and the cartel refused the offer. They instead had tried to offer the cops a bribe and the crew wouldn’t take it. They had wanted to protect people and, once they saw that they couldn’t even do that, they realized they were going to need another plan now that Ortiz Jr. was useless. So Harlee decided to approach Cole. Cole had been hiding out at a motel and Harlee found him because she needed him to do something for her. She wanted Cole to testify in front of a hearing on police corruption. Harlee told him the only way to keep him safe was to bring everything out into the open and so he eventually agreed to go along with the plan.

Harlee then met with IA. She told the detective that she could offer up Ramsay on a silver platter and that she needed this hearing to be out in the open for everyone involved. Harlee also said she was willing to testify in front of the top brass because she already had a target on her back and so she was willing to do anything and everything to finally end it all. She was even willing to hand over Ortiz as long as no questions were asked and there was no blowback on the crew. Harlee got that and so that’s when she finally went home. She walked in believing it was her daughter that had turned on the music and it was really Stahl. Stahl didn’t reveal himself until he got his hands on Harlee’s gun and that’s when he wanted to “talk”. Stahl said that nothing ever touched Harlee. Harlee could kill without impunity and betray everyone without nothing happening.

Stahl tried to make it seem like that was the reason he targeted her. Stahl said Harlee needed to face some repercussions for once in her life and he didn’t want to walk away despite the many chances that Harlee gave him. He stayed even as he heard Cristina come home and he didn’t make a sound until she came into the room however Cristina had heard him when she pretended like she going through her stuff. She hid a gun in the back of her pants and went to go hug her mother like nothing was wrong, so that’s when she told her mother not to hesitate. Harlee grabbed the gun and she killed Stahl on tonight’s all-new episode.

She knew that if she let Stahl live that he would keep coming back and so she ended his reign of terror!