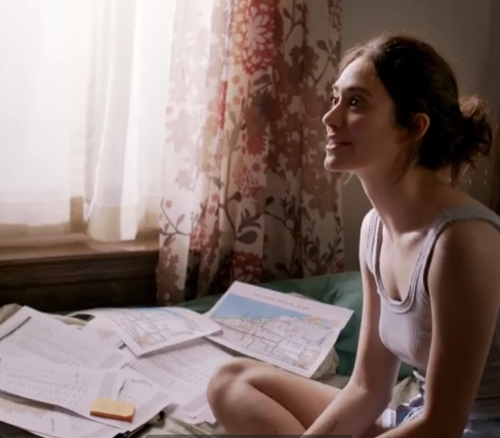 Tonight on Showtime the uniquely twisted and highly entertaining show Shameless returns with an all-new Sunday, September 16, season 1 episode 2 called, “Mo White! and we have your weekly Shameless recap below. On tonight’s Shameless episode, as per the Showtime synopsis, “Fiona makes a play for a risky investment opportunity, ignoring Ford’s advice; Frank discovers the financial incentives of local politics.

Carl bolsters his West Point application in unexpected ways; Debbie struggles to find allies in her battle against sexual harassment; Ian is overwhelmed by the growth of the Gay Jesus movement; Kev and V try to find the perfect preschool for the twins”

Frank wants to run a tab with V and she laughs, the she gives him one pity beer. Lip is making breakfast, Kev comes in and asks Deb to watch the twins for an hour. Deb starts going on about how men are paid more than women and women are not paid for what they do in their home. Kev then tries Lip and Carl, but no luck, San offers to do it.

Fiona is looking at commercial property, she has money to invest since Ian’s bail money is burning a hole in her pocket. Ford doesn’t think she should buy commercial property, he tells her she doesn’t realize what it takes and she reminds him about the laundry mat that she flipped.

Liam is called into the office at school, he is told that Frank has made a lot of parents unhappy at the school and they will not be able to continue his scholarship.

Carl goes to see Congressman Uberman to get his recommendation for West Point. His secretary tells Carl that he can make an appointment, the first one is in nine weeks, along with his vitae and other info.

Ian is officiating same sex marriages in prison when a guard walks up and tells him he made bail. Ian doesn’t want to leave, he says his work is not finished, two guards forcibly take him out.

San is at the park with the twins when a mom who knows them says hello. San says hi and when the mom turns her back, San steals her wallet and leaves the twins in the park.

Frank got himself a new job, he is removing election signs from lawns for $5 a piece for the competitor.

V and Kev visit a daycare for the twins, the fee is three times their mortgage.

Debbie is at the construction site shouting about equal pay.They have no female employees and it doesn’t take long before she is thrown off the site.

Lip and Brad are at AA listening to another participant talking about his struggles being alone with his newborn baby. When the session is finished the guy speaks Lip and asks him if he will be his sponsor, Lip would rather he ask someone else but says he will think about it.

Fiona comes running into the house to get her heels and Liam tells her that he was expelled because Frank gave all the mom’s venereal diseases.

Lip gets a call from the mom who is the victim of San stealing her wallet, he meets with her and gives her the $80 stolen and gets the twins. Lip finds San, she took the money for her mother, he tells her not to do it again, he will leave money in her mother’s p.o.box.

Fiona is with Liam, there are three weeks of school left and he has to go somewhere. Fiona goes to meet a real estate agent with Liam and with his advice on some big words that she can use with the agent, the agent thinks she is sophisticated and offers her to look at a property that is not even listed yet.

Frank delivers fifty signs, but they won’t give him any more work because he is not a diversity. Frank then goes to the competitor and tells them there are street blocks that don’t have their signs on it. They only pay locals to put up the sign, so Frank pretends to be Hispanic.

Ian is out of jail and is overwhelmed with the Gay Jesus following. Janine tells Ian that they have grown because of him, his bail was made from donors. Janine shows Ian van torches they have done across the country in his honor, it is a symbol of oppression. Ian goes to the washroom and escapes out a window.

Carl is referred to a retired vet to volunteer, the vet offers euthanasia to older animals. The guy basically kills them by turning a room into a gas chamber by attaching a pipe from the window of a room to the exhaust on his car while it is running.

Carl is at the vet, an officer comes in with his service dog who has to be put down. The owner lies to him and says he will be given an injection. Carl is not feeling good about the whole process. Carol sneaks the dogs out and brings them home and puts them in the basement to die naturally.

Liam is back at work, Brad tells him that he should sponsor the guy with the baby.

Debbie s at home, a guy comes in from the construction site, but he is a she, dressed to look like a guy to get equal pay and treatment.

Frank is at the bar, he tells everyone that they need to have their own candidate. Mo White is suggested, Frank says it is a great idea and starts to take money for the campaign.

Carl goes upstairs and Ian is there, he hugs him and then goes out to buy dog food. Carl gives the service dog a military funeral.

Kev and V tell the twins that they are going to preschool, dressed the same, but they both cannot be in the same room together. Their names are now both Amy and they are Catholic.

Lip goes to AA and agrees to sponsor the guy. Carl gives the service dog a military funeral. Liam and Fiona celebrate.