BY Kristine Francis on July 9, 2018 | Comments: Leave Comments
Related : Recap, So You Think You Can Dance, Television, TV 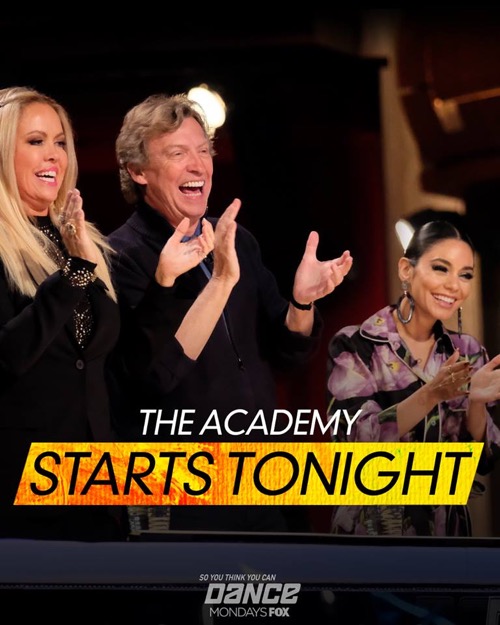 Tonight on FOX their Emmy-Award Winning So You Think You Can Dance premieres with an all-new Monday, July 9, 2018, season 15 episode 5 episode and we have your SYTYCD recap below!  On tonight’s So You Think You Can Dance season 15 episode 5 as per the FOX synopsis, “The first round of “The Academy” callbacks begins at the Dolby Theatre, as the talented dancers vie for a spot in the Top 20.”

The auditions were over. Those that made it through now had to strive to impress the judges while they were at the Academy and so tonight’s all new episode kicked off the first week. Each contestant would be given the chance to have another solo performance before they moved into choregraphed group routines. The routines were all choregraphed by big names such as Travis Wall, Nappytabs, Jean-Marc Généreux, and Mandy Moore. These same choreographers would all have a say later on in the show when it comes time to judge the group numbers and so each round would be more difficult than the next.

The first one to go up was Darius Hickman. He had impressed the judges last year and so he came back this year to once again try his hand at making it into the top ten, but there was never any reason for Darius to worry because the judges loved him everytime they saw him and they even loved his first routine of the night. The next one to give a solo performance was Jensen Arnold. She gave a strong solo performance which cane sometimes be hard with someone dancing ballroom and so she impressed the judges. They later said she was sometimes stronger than her older sister who tried out and it hadn’t surprised anyone when she too turned out to be safe.

Tessa Dalke was one of the few that was worried about her performance because she was putting together a routine the same time she was studying for her midterms however she gave one of the strongest performances of the night. The judges loved her contemporary routine and told her how good she was when they voted to keep her in the competition. Now, not everyone could get good news because there had been over seventy people dancing their heart out and so by the end of the solo performances the judges had agreed to cut at least fifteen from the competition. They had even cut that brother and sister couple they loved back during the auditions because they made one mistake.

The judges were on the lookout for every minor misstep because that’s what helps them to whittle down the long list of competitors. So what came next was the group routine round! The first group routine would be dancing Hip Hop and it was made of entirely contemporary dancers. You would think someone would have a problem with a routine so outside of their norm and the first group turned out to be all excellent dancers. They ended up all staying in the competition and that had been a great way to start the group routine. The next group had unfortunately been not as good and so they lost someone. And that had just been the beginning of eliminations.

Sometimes people would start out strong and then lose their way at the end of the dance, so they were eliminated though the judges turned out to have a certain soft spot for quite a few dancers. Take for Tessa for instance who hadn’t been that great at Hip Hop and who was staying on because of her earlier performance. There had been quite of those that were saved by the skill they clearly have and Eddie Hoyt had been one of them. He had been great with routine in that he knew the steps and so the problem came about because he tried to bring his normal group routine to Hip Hop. Hip Hop wasn’t the place for that and he was just lucky he wasn’t one of the eight that was eliminated.

Zoe Zimmerman hadn’t been one of those that was eliminated during the Hip Hop round yet she hadn’t been able to join the others for the Ballroom round. She had rolled her ankle and had needed to go to urgent care. Zoe got her ankle treated and afterwards she had to bow out of the competition because she knew she couldn’t dance on it at the end of the day. So the show went on without her. The Ballroom round was particularly difficult for those that had never danced it and so there were some sad losses. The judges eliminated Ryan Green who wowed them as an animator and who also struggled in dancing with a partner.

Ryan had never tried out other forms of dance nor has he ever tried dancing with someone else and so there was no last-minute save for him this time. He was eliminated meanwhile Gaevin, who Nygel hadn’t had high hopes for, had impressed the judges. The Hip Hop dancer had maintained his own with his partner and so he impressed Nygel this round. The next group of dancers had had Jay Jackson otherwise known as Ms. Estranga and it had been rough the first time she danced in that round because her partner had been bad. And so when Ms. Estranga had been given a second chance, she showed she hadn’t been as great she needed to be however the judges kept her on because she was proving to be a dancer.