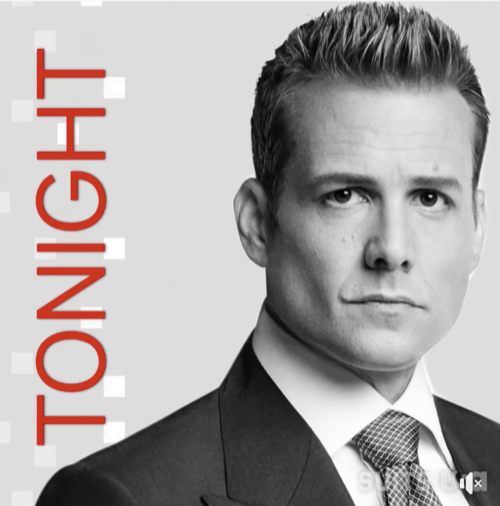 Tonight on the USA Network their critically acclaimed drama, Suits returns with an all-new Wednesday,  March 28, 2017, premiere episode and we have your Suits recap below. On tonight’s Suits season 7 episode 11 Spring Premiere called, “Hard Truths,” as per the USA Network synopsis, “Harvey and Louis fight to protect the future of the firm from its past. Alex worries Mike’s instincts could risk a client relationship. Donna and Harvey delve into the aftermath of their kiss.”

After Donna kisses him and leaves the office, Harvey stands there for a moment. He runs into Louis on the way to the elevators. Louis is upset to hear that Jessica is being disbarred. They need to do something. Harvey can’t do anything right now. Harvey heads home. Paula is there. He is surprised to see her. He forgot he gave her a key. She offers to fix him a drink after he tells her he had a rough day. He asks her to move in with her. Paula is taken aback. She thinks they should wait.

Alex comes to see Mike. He thanks him for getting him out of that jam. He could have gone to jail. To show his thanks he gives Mike Quality Foods as a new client.

Donna is in Harvey’s office. He is angry. She tells him that it will never happen again. He is happy to hear this. She wants to talk about Jessica. Harvey doesn’t want her involved. Louis comes in. He wants to all talk. Donna excuses herself.

Mike comes to see Rachel to tell her the news about Quality Foods. Meanwhile, Louis tries to buy 30 days on the Jessica deal. He threatens and associates if he doesn’t get what he wants he will tell his wife he is a cheater.

Donna lets drop that Jessica is being disbarred to Mike. Mike is angry. He heads to Harvey’s office. He cannot believe that Harvey is letting this go without a fight. Mike wants to do something. Harvey tells him to focus on Quality Foods and knock it out of the park. He realizes Harvey was behind Alex giving him the account. Harvey knew Mike was going to get upset about Jessica. He needs to keep him busy and that is what Jessica would have done.

Harvey goes to see an old friend Stanley. He wants a cut of the associates. Stanley agrees but Harvey has to get money back on an investment that went sideways.

Mike meets with Quality Foods. They want to settle for $30 million. Mike isn’t budging. He demands $90 million. If he doesn’t get a check, he will see them in court.

Donna talks to Louis. She has a lead on a potential associate they could use, but Harvey wants to do it. Louis tells her to go after him.

Harvey meets with a woman named Janet who invested Stanley’s money in a malaria outbreak. He threatens her into following through with naming a building after Stanley even if he gave them dirty money.

Donna approaches Harvey. She brought in a top candidate and she wants him to interview him now. Harvey is annoyed but agrees. They sit down with the candidate Kyle. The two go back and forth leaving Kyle confused as to why he is there. Harvey decides he isn’t looking for a senior partner after all. He gets up and leaves.

Donna trails behind Harvey. She tells him he was horrible and selfish in the interview. He thinks she is selfish. How could she kiss him when she knows he is in Paula? She can relax. She didn’t feel anything when she kissed him. He tells her it doesn’t matter. She ruined his relationship with Paula. It was just a kiss, she tells him.

Mike vents to Rachel about his new client. He wants the 90 million and Alex thinks he should have settled for 30 million. He feels like there is something else going on. Rachel tells him that not all cases are like Reform Corp.

Donna is having a drink. Louis comes in. She tells him about the interview. Louis is furious. Donna tells him not to go. She tells him how she kissed Harvey. Louis sides with Harvey. She needs to tell him she is sorry.

Harvey visits Paula at her office. He needs to tell her something. He tells her about Donna. Paula is mad. He asked her to move in the same night. He cannot deny his feelings for Donna or the way he dealt with her after Donna kissed him.

Harvey reports back to Stanley. Stanley changes the deal. He wants his name on the building. There is no way that is going to happen, Harvey tells him.

Louis meets with the associate he threatened. He tried his best but he cannot come through. It will be announced that Jessica has been disbarred in 36 hours.

Rachel rushes to Mike. His gut was right. Quality Foods is lying. The 20% cargo they say has been spoiled due to traveling is really being dumped.

Louis tells Harvey that they need to make a deal with Stanley. They are desperate. Jessica already ruined her name knowingly and now they can pay her out.

Donna apologizes to Harvey. He isn’t too forgiving. Meanwhile, Alex apologies to Mike for second-guessing him.

Mike goes home to Rachel. He thanks her. He also thinks they need to make more time for each other. Rachel wants to stop putting off the wedding. Mike tells her he is in.

Harvey comes to see Donna. He tells her that Mike thinks they should make Alex a senior partner. Donna thinks he isn’t ready. She is telling the truth. Now Harvey wants to tell the truth. He sees how she has put him first for years. They hug.

Harvey meets with Louis. He has spoken to Jessica and Stanley. Harvey tells him he will sign off on all of it. Louis reminds him that it is the only way. Harvey signs off on a statement supporting the decision to disbar Jessica.

Harvey comes home to see Paula. He admits to her that he slept with Donna years ago.