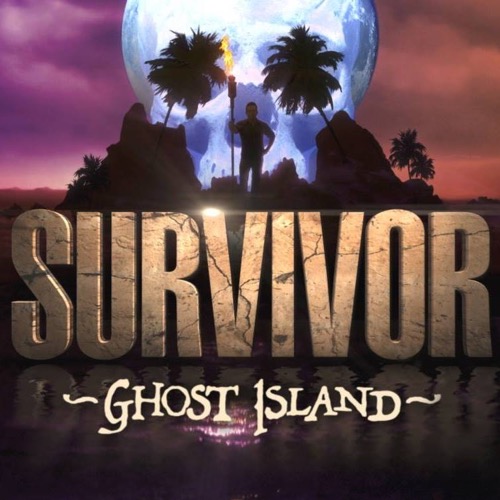 Tonight on CBS Survivor: Ghost Island airs with an all-new Wednesday, February 28, 2018, Season 36 Episode 1 Premiere and we have your Survivor recap below. On tonight’s Survivor season, 36 episode 1 called “Can You Reverse the Curse?,” as per the CBS synopsis, “Twenty castaways are forced to confront mistakes made by previous players from past seasons in an effort to outwit, outplay and outlast everyone else and win the $1 million top prize.”

A bad decision in Survivor can haunt you forever. Tonight, 20 people get another chance to face the same challenges as they begin an adventure that will forever change their lives. They will be abandoned on the islands of Fiji and left to fend for themselves but this season there is a twist, Ghost Island – the graveyard for bad Survivor decisions, after 35 seasons there have been a lot of them.

This season they are bringing back the actual idols and advantages that were fatally misplaced in previous seasons. This new group of players must find a way to reverse the curse. We begin – Kellyn’s biggest fear in the game is making bad decisions because we have seen it so many times. If they find themselves on Ghost Island, they will be surrounded by reminders that everything in this game rest on their ability to make the right decisions at the right time.

Jeff announces that the tribes have to make a decision right now, Malolo is first, they have to select one person who will represent their tribe – they choose Branden, he is a teacher and a coach, so maybe it’s a good decision. Naviti chooses Chris. Now, these two leaders have to pick two people from their tribes, one who they think is the most capable of handling a physical challenge and another who can do a puzzle. Brendan chooses Michael, then Laurel. Chris chooses Sebastien, then Desiree. The first person is going to race through a series of obstacles to find three keys, the puzzle solver will use the keys to unlock and solve the puzzle.

When they return to camp each tribe will get a pot, rice (much less than any previous season of Survivor) and a machete. They will also get a very extensive fishing kit. The winning tribe will get a massive shelter building kit. The losing tribe loses their fishing gear. Once the puzzle makers start their puzzles, Jeff will start a sand timer, if the leader thinks the puzzle will not be able to finish on time, he can stop it and save his tribe from losing the fishing gear. The winning team will also get 20 eggs and flint.

Chris stops the puzzle on Desiree, Malolo wins the first challenge and gets a huge advantage this season. Domenick thinks Chris made a bad decision. Malolo thinks that they are the best tribe ever, everyone is introducing themselves. Michael tells them he is 23, but he is 18 and doesn’t want anyone to know.

Gonzales (Stephanie) grew up in Puerto Rico and feels she is ready for this. Donathan is so excited to be playing the game, he is getting to know Laurel. At Naviti, everyone is happy to find out that Sebastien is a fisherman – Domenick nicknames him Sea Bass. Sebastien and Chris hit it off and the first alliance is born and they are already talking about getting rid of Domenick.

It’s day 2 at Malolo, Jacob goes to dip his feet in the water and the tide takes his shoes. Jacob is worried about all the pretty people on his tribe and thinks he may be one of the first to be eliminated – he decides to head out and look for an immunity idol.

The rest of the tribe knows what he is up to and discuss that he is playing the game to hard from the beginning. At Naviti, Wendell does furniture design and is already building stuff for the tribe. Wendell speaks to Sebastien and finds out he is gunning for Domenick.

Time for the first Immunity Challenge. The tribes have to race across a net bridge, they have to work together to retrieve two bags of rope. They will use the rope to pull a sled filled with giant puzzle pieces. Once they have all the pieces, they have to solve the puzzle. First to finish wins immunity. Ghost Island is in play, someone from the losing tribe will be going there. Naviti wins immunity (they also get their flint) sending Malolo to tribal council. Naviti gets to choose one person on Malolo who will be going to Ghost Island, they send Jacob, he doesn’t go to tribal council and he can’t be voted out. Jenna is bumped, they were going to vote out Jacob and now they need to choose another person.

Jacob is excited to be on Ghost Island and thinks there will be something there to help him in the game. Right from the start Jacob finds himself an advantage in the game, it is the Legacy advantage that Sierra found on day one and kept as a secret for awhile, but once she told another tribe mate, she got voted out before she could use it. Because Sierra chooses poorly, the advantage has lost its power, but Jacob can bring it back if he wills it to the right person on the other tribe.

Jacob decides to give it to Morgan, hoping to reverse the curse. Gonzales wants to get rid of Donathan, she thinks he is the weakest link. Meanwhile, Stephanie is tossing up Gonzales’ name because she is a threat. The first vote is huge, if the tribe doesn’t choose wisely it will haunt them for the rest of the game.

Time for Tribal Council, everyone lights their torches. Jeff asks Stephanie why she is smiling, she says because she is in the game. Gonzales talks about Jacob and calls him special. Laurel says they want to keep the tribe strong and the vote will depend on that.

Donathan says he feels screwed and he is nervous. Gonzales says she is very strong in puzzles, Chris said that she should have spoken up then. Gonzales gets up and starts a movement where a lot of the tribemates are whispering to each other – but not Donathan.

Time to vote – Gonzales is sent home and by the look on her face, they made a good decision to let her go – she would have been a very strong competitor. Domenick heads out in the dark to look for an immunity idol and luckily he finds one.

Domenick found the authentic immunity idol that Andrea was voted out within Survivor’s 26th season. On day thirty-three, Andrea had a hidden immunity idol and what she thought was a trustworthy alliance, but she was wrong, Andrea became the first female to be voted out with an idol in her pocket. This tainted idol has been haunted for five years but still has its power, can Domenick reverse the curse.

Morgan found a surprise in her bag, the legacy advantage that Jacob gave her. At Ghost Island, Jacob started formulating a plan to stretch the truth about the island. He makes himself a fake idol. Jacob returns and joins his tribe to find out that Gonzales is gone – he tells them he found an idol and tells them he is playing it at the next immunity challenge.

Brendan thinks it is a fake idol, just in case, they want to make him comfortable and send him packing when he doesn’t play it.

Domenick is happy on the tribe, but he doesn’t like that Chris is gunning for him so he confronts him. Chris asks him if he found the idol, he says no. Domenick decides to make a fake idol, show it to Chris along with the paperwork that came with the real idol, he believed him. Chris thinks something is off and doesn’t trust Domenick.

Time for another Immunity Challenge. Tribe mates will have to race through a serious of obstacles in the water and release two sets of buoys, they have to gather all the marked buoys and get them to the finish where they have to shoot them in a basket. The first tribe to get all eight buoys in their basket wins immunity. In addition, they are playing for reward; chairs, pillows, hammocks and even a washboard to clean their clothes. Navitia has one extra player, Angela chooses to sit out because she is not good at swimming. Naviti wins their second immunity challenge in a row – they choose to send Donathan to Ghost Island.

Donathan doesn’t get a chance to find any advantage but he does build a fire for himself and feels really proud. Meanwhile, James is upset with himself and believes they lost the immunity challenge because of him. Stephanie starts flirting with Jacob to find out if he really has an immunity idol and if he plans on using it.

Jacob ends up telling Stephanie the truth, the idol is not real and he gave the legacy idol to Morgan. Stephanie now wants to work with Jacob because he would be loyal to the game and a smarter move is to get rid of a stronger player. Suddenly the people on the bottom have a chance to take control of the game.

Time for Tribal Council – Jacob says he felt very welcome when he returned to his tribe and as a result, he believes that he is on the best tribe. Michael says that with two losses back to back they have to do something because they don’t want to keep this momentum going.

Brendan says that at this point it is not about physical strength.

Time to vote – Jacob is voted out.