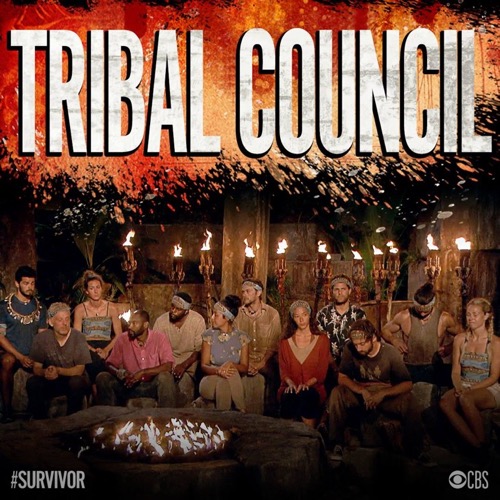 Tonight on CBS Survivor: David VS Goliath airs with an all-new Wednesday, November 21, 2018, Season 37 Episode 9 and we have your Survivor recap below. On tonight’s Survivor season, 37 episode 9 called “Breadth-First Search,” as per the CBS synopsis, “A quarrel between two castaways could mean the end of a showmance. Also, castaways who win rewards earn a much-needed trip to the burger bar.”

Its day 22 and 11 survivors are left. Allison’s head is spinning and she isn’t sure where her loyalties lye. Dan is frustrated, he thought he and Kara were rock solid. Kara thinks Dan is letting the game getting him. He is too emotional. Kara tells him he needs to keep moving and coming up with a game plan. She doesn’t want to but she needs to separate from him if she wants to win this game.

Jeff welcomes the group. It’s a reward challenge time. They need to make their way through an obstacle course with a puzzle at the end. The reward is a burger bar, beer, soft drinks and more. They all groan with excitement. The two teams will be drawn at random. Carl draws the wrong rock and sits on the sidelines.

The competition begins. They jump over hurdles before grabbing an object and then crawling underneath a net. The purple team is struggling. Now they must solve a number combination. Mike, whose on the orange team, gets its first. Purple still lags behind. On to the puzzles, both teams are at the table trying to figure it out. The orange team wins! Burgers for Dan, Allen, Dave, Mike, and Kara.

Alison thinks she may flip and go to the Davids where she will have security. Meanwhile, the orange team enjoys burgers. Alison, Kara, and Alec discuss blindsiding Dan. They need to get rid of him because it will bust this game wide open.

Christian and the other Davids wake up early to search for an idol. After taking a look around, Christian finds an idol. He plans to tell the others soon because he is going to need the help. He is a target.

It’s on to a new challenge for the remaining 11. For immunity, the survivors start another obstacle course that involves balancing a ball while maneuvering down a see-saw. Dan and Alec are ahead in the challenge. Kara catches up to them. Christian struggles. Alec continues to move forward with the balancing challenges. He wins!

Kara needs to move forward so she plans to ask the Davids for help in chopping Dan. She wants to split votes because she doesn’t know if he has an idol.

Kara goes to talk to Alison and Alec who want to take out Christian. This throws Kara off. She wanted to take out Dan. Meanwhile, Christian, Carl, Gabby, and the others talk. They have 3 advantages and they are ready to use them.

Its on to the Tribal Council. Elizabeth and John are the juries. They all talk about trust and who they can rely on. Alec wants them all to play but it keeps coming back to David vs. Goliath. They all agree tonight’s not is pivotal.

Time to vote…before they do that Nick pulls his advantage. He has the ability to steal a vote. He chooses to take it from Alison so he will vote twice. They all make their votes.

As they get ready to count the votes, Dan pulls out his idol. Jeff open the votes and announces that there is an idol nullifier in the pot and it’s for Dan so his idol won’t count. Jeff counts the votes. Dan is out with the most votes. His torch is extinguished. It’s now 5 Davids and 5 Goliaths left.