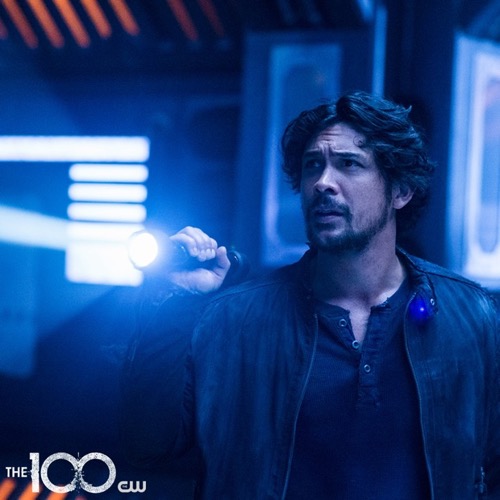 Tonight the CW series The 100 airs with a Tuesday, May 15, 2018 season 5 episode 4 and we have your The 100 recap below. On tonight’s episode called, “Pandora’s Box,” as per the CW synopsis, “The heroes are forced to rely on the help of Shallow Valley’s dangerous new inhabitants in order to save some of their own, with surprising results.”

Octavia sits upon her throne while a fight happens in the ring below with Marcus and another. Abby is locked in a cell. She can hear the fight. She cries and yells, tells Octavia it was me. He doesn’t deserve to die. Marcus manages to grab a sword and kills. He is the last one standing in the ring. Octavia rises and declares he will fight again tomorrow for stealing medicine from Wonkru. The crowd goes wild.

Bellamy ensures Charmaine that her people are not injured. But he needs to make a deal with her. He needs help opening a bunker.

Bellamy is let in to see Clarke. She is happy to see him. She asks where Maddie is. She cannot believe they are all still alive. Bellamy tells her that he made a deal with Charmaine for her release.

Aboard the ship, Raven learns that Charmaine was a navy seal who became a terrorist. Bellamy radios to Raven. He tells her about the deal. Clarke radios to say hello. They cannot believe she is alive.

Charmaine talks to her people privately. She has learned that there is a doctor in the bunker. They take Abby, kill the others and take her home to help find a cure for their people.

Octavia visits with Marcus. He tells her that she has lost her way. He wants to do better as a group. Strength without mercy is nothing. She thinks the arena brings justice. She wants to know who stole the medicine. He doesn’t answer.

Abby and Marcus finally get to see one another. They hug. Marcus is told he needs to fight again and the only way he will survive is if he is stronger in the ring. He tells Abby he cannot fight anymore. They call him to the ring. He kisses Abby goodbye and tells her he loves her.

Inside the arena, Marcus refuses to kill anyone. Octavia comes down to the ring and tells him to choose if he is Wonkru or not. She kicks him down. Ready to kill him with her sword, the ceiling starts to crumble. Bellamy drops down from the ceiling. Clarke follows. Octavia hugs him and grabs Clarke’s hand.

Charmaine drops down. Bellamy tells Octavia that they have a deal with her. Clarke goes to find Abby. Charmaine tells everyone to get their things. Two at a time can go up. Charmaine radios to Shaw and tells him they are saving 814 people from the bunker. Meanwhile, Shaw id trying to hack into the system but Raven is good and he cannot get in.

Raven admits to Murphy that she might not be able to pull the plug if she is asked. Murphy tells her he has it if they are forced to. Clarke comes in to see Abby. She cries in disbelief.

Two by two, Octavia and the others are brought up to the outside world. Bellamy and Octavia meet in private. He asks her about the arena and how that happened. She tells him it has been 6 years and she has changed. They can talk later. She doesn’t trust these people. He tells her they have leverage.

Shaw cannot regain control from Raven. Suddenly he thinks he is in. Raven and Murphy fight over whether they should pull the plug. The people in the pods begin to wake.

It is the night. Charmaine loses sight of where Abby went. She and her men look around. Charmaine threatens them all with dangerous fire. Bellamy tells her he will make the call. She tells him to go ahead. He radios to Raven. No answer. Charmaine wants to know where Abby is. Clarke tells her no. Abby and Marcus come out and Abby gives herself up. Charmaine tells them all that the valley is theirs. If they stay clear there won’t be a problem. Suddenly, Charmaine’s men fire a shot. Charmaine and her people run. She tells them to get on the ship. They take off to go and get Raven.