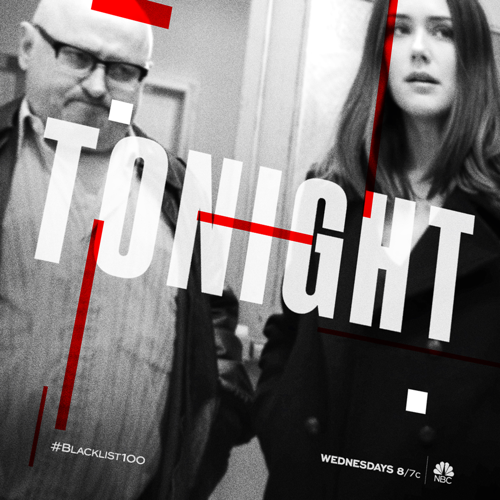 Tonight on NBC their hit drama The Blacklist starring James Spader airs with an all-new Wednesday, January 17, 2018, episode and we have your The Blacklist recap below. On tonight’s Blacklist Season 5 episode 11 called, “Abraham Stern”,  as per the ABC synopsis, “When Red goes on the hunt for a legendary treasure, he draws the attention of Abraham Stern, a cunning manipulator who has devoted his life and the lives of many innocents to recovering the fortune that is his birthright. Meanwhile, Liz’s quest sends her down a dark path, leading her to study the methods of one of the Blacklist’s most dangerous criminals.”

Dembe is driving Raymond as they talk about his love of treasures as he admires a coin in his hand. Out of nowhere, a van hits their car. Several men with guns surround them. A man who appears to be the leader takes the coin Raymond was admiring.

Keen is in an apartment with a dead man on the floor. She is pulling shards of glass out of her abdomen. She hides when she hears the super and the cops outside. They come in and then leave quickly as she hides out. They miss the body of Navarro completely.

Raymond informs Harold about his car accident and the man who stole his priceless Lincoln penny that is one of four rare coins. He informs the team how important it is to secure the penny because it will lead them to a code and a treasure. Aram thinks this all sounds fun. Harold does not. Meanwhile, the man Raymond is looking for tells a banking customer he will have to foreclose on his house. He discovers the man is an insurance adjuster and asks him for help with a rare coin he has.

The cops head back to Navarro’s apartment and find it strange that it is so clean.  They start looking around. Meanwhile, Keen has loaded Navarro’s body in her truck. She shows up at the office to look at some data about hydraulic acid.

Aram has tracked down the 4th penny to a museum. Their criminal is one step ahead of them. He has 3 of the coins. He is already at the museum, telling the museum manager that they might have a fake coin. As they examine the coin, Samar and Donald arrive outside. The criminal sees them through the window and makes a run for it after pulling the fire alarm.

Keen drags Navarro’s body into her house. She takes a shower and gets into panties and a tank top. She seals her bathroom off with plastic and tape. She puts Navarro’s body in the tub and pours jugs of acid in.

Raymond gets news from the FBI that they will not help him get the penny from the evidence vault. He calls Keen for help. She tells him she could use a distraction.

Keen gives the officer outside the vault some evidence to add. She has placed a tracker in the package to pick up on the vault’s access code. She heads back to the car to meet with Raymond. Dembe grabs the code. Keen goes back into the precinct with a friend who pretends to have chest pains. When everyone is busy she breaks into the vault.

Raymond knows he is looking for a man with the last name of Stern. He and Dembe meet with Stern and his men in a warehouse. Raymond wants 50%. He knows something about Stern’s father. He worked for the treasury. He was accused but never charged with stealing and was demoted. He died a broken man as a maintenance worker. He left the valuable pennies for Stern who didn’t know their worth and spent them on fireballs in his youth. For the last 40 years, he has tried to get all 4.

Keen scrubs the tub after getting rid of Navarro’s body. All that is left is a fake eyeball and blood.

A professor sitting with Stern and Raymond have discovered the code of the 4 coins. The code reveals that there is more money in the boiler room at the Denver Mint where he worked. He couldn’t get it out. The 3 plot how they will get in.

Before they do the job, Heddie warns Raymond that Stern will probably portray him. Stern swears on his father. Stern and Raymond get through the gate. Stern pulls a gun on Raymond. Heddie was right. Stern forces Raymond into the truck. Stern and his men move on. Raymond breaks out and he and Heddie meet up.

Stern and his men get to the boiler room at gunpoint. They find loads of cash on the wall and start to bagging. But they are too slow. Raymond and his guys have found a faster way – sucking the money out through the wall and into the truck. Stern goes crazy. Raymond calls Harold to tell him Stern is robbing the mint.

The FBI shows up and takes Stern in. Harold questions Raymond about the evidence locker. Someone stole the bloody rag that was in there from Navarro’s apartment. Raymond tells him he has no idea what he is talking about.

Raymond meets up with Keen. He wants to know why she tricked him. They need to make sure Navarro’s body is gone. She assures him it is. Raymond trades his penny for Winston Churchill’s hat. Keen smiles. It looks great.