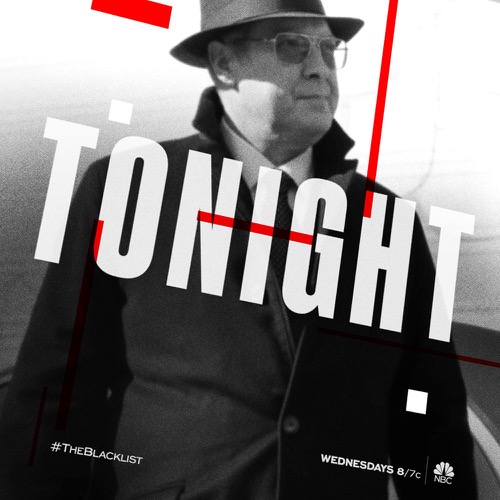 Tonight on NBC their hit drama The Blacklist starring James Spader airs with an all-new Wednesday, January 31, 2018, episode and we have your The Blacklist recap below. On tonight’s Blacklist Season 5 episode 12 called, “The Cook”,  as per the ABC synopsis, “As Liz works with Red to hunt for Tom’s killers, she begins to question his motives. Meanwhile, the Task Force enlists the help of one arsonist to catch another.”

We see man wash up, put plastic on his feet, then set an apartment on fire and walk out. Liz meets up with Red and she is there because she got his message, he found someone who could identify Navarro’s glass eye. Liz has the eye and she thinks it can lead them to Tom’s killers and the truth.

Liz said the last time she spoke to Tom he knew why Nick died, everything. Red wants Liz to go meet his contact. Red meanwhile meets with Samar, Red asks her what are the most crimes in America, she says theft and arm robbery, Red says arson. There are 500 hundred thousand arson fires every year.

They are looking in the paper and read a story in the paper of an arson. Red says this was a murder that was committed by arson and that is rare. Samar tells the bureau that Red says that Earl Fagan who is in prison, will be able to help them find their arsonist called the Cook.

Samar and Ressler bring Earl to the fire site, he requests a black light and they see a message on the wall that reads “Discipline Not Faith,” with a star symbol. Samar wonders why the Cook would leave a message that he knew they would not find. Back at the bureau, they are still searching for clues, they have a firebug on their hands. The only arson that the Cook missed, the owner lived and she is an ER doctor.

Liz and Red go to see his lead called Tadashi. Samar meets with the ER doctor to try to get some information from her, but she doesn’t know anything. Ressler goes to a scholar who tells him that the symbol and words on the wall mean that the Cook believes his victims need to be punished.

The ER doctor tells Samar that her brother was visiting her the night of the fire; she wonders if she is in danger if Samar is visiting her. Red’s contact is a computer wiz, he is trying to get information for Liz when she asks Red directly if he is keeping information from her. Samar and Ressler are getting closer to the Cook, they head to Baltimore where they think he may be.

They’ve found where he lives and soon he jumps out of nowhere and sets the apartment on fire. The Cook gets free and Ressler and Samar struggle to get out of the apartment that is engulfed in flames.

Earl is brought to another fire scene and wants the bureau to be twice as enthusiastic at his parole hearing. Earl looks around, finds more clues of who the Cook is, it turns out that he is a priest. The priest (the Cook) is in a bar, he talks to a girl, she tells him that she is not a church person and she is getting married, but she did this thing with another guy, it only happened once.

She says her fiance’s flight is delayed and she now doesn’t know if she should tell him when he gets there because she doesn’t want to lose him over this. The Cook starts reciting a prayer to her and tells her to be honest. At the bureau, they are looking for more clues – they want to see if the priest is ordained.

Meanwhile, Red and Liz are still with the tech guy looking for clues when he finds that they are being tracked and someone has just arrived, its a few guys with guns – Liz thinks it could be Tom’s killers; she and Red get out of there in time. Samar and Ressler go to a church and show a picture of the priest, his name is Thomas Waddles, he was stripped of his clerical title. Samar reveals that he burning people alive.

The Priest left the church because he was having fantasies that have now turned into a personal vendetta. Meanwhile, Red is taking care of Tadashi and his mother since their home is no longer safe. Red tells Liz that he knows the truth that Tom figured out, it had to do with them. He tells her that he has a secret and he needs to keep it from her.

The bureau is closer to finding the Cook, they know he was in the bar the night before talking to the woman who was waiting for her fiance. Meanwhile, the women, Claire, is in her apartment and the Cook is there. He bounds her up in plastic, he is going to set the apartment on fire but Ressler and Samar are on their way there. First, the Cook cleanses himself and his clothes, Ressler and Samar arrive just in time before sets the fire. The Cook runs outside, he pours a liquid on himself and sets himself on fire.

Samar goes to see Red and tells him that they have found the arsonist. Red and Liz head out after another clue, she thinks they are being staged. The find some words written on a table, “We Know the Truth.”

Meanwhile, at Earl’s probation hearing, Ressler tells the board that everyone deserves a second chance, he is released. Red goes to the prison to see Earl as he is leaving and tells him that he got him out and he owes him. Liz tells Red that before this is over she is going to know his truth.