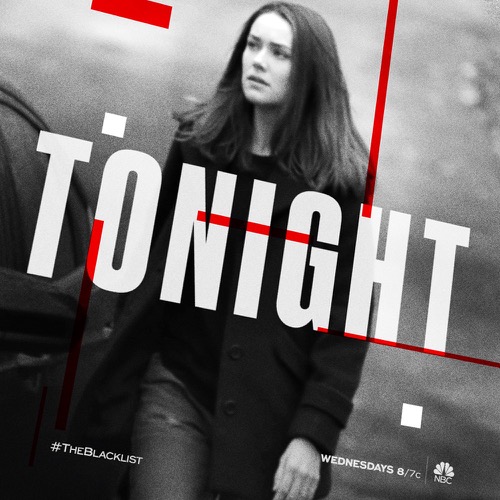 Tonight on NBC their hit drama The Blacklist starring James Spader airs with an all-new Wednesday, February 7, 2018, episode and we have your The Blacklist recap below. On tonight’s Blacklist Season 5 episode 13 called, “The Invisible Hand”,  as per the ABC synopsis, “When bodies are discovered in abandoned woods, Red points the Task Force toward the Invisible Hand, a group that targets those whose actions are morally reprehensible yet fully legal. Meanwhile, Red steps in to assist one of his employees, and Liz discovers a major clue about Tom’s investigation.”

A group of people meets with their friend’s new boyfriend, Tim, at the back of a bar. After he shares that he sells guns for a living they question him and eventually kill him, later burying him in the dark.

Dembe knocks on Elizabeth’s door to drop off Tom’s things. He asks her how she broke into the evidence room and stole the bloody rag connecting her to the murder of Navarro. She dismisses him, denies it and reminds him he is talking to a federal agent.

A news channel interviews three teens who have found a dead body in a location known as the field of the walking dead. Red is watching the reports. He knows all about the disappearance of Tim, he is a famous gun maker that makes guns cheaper than the cost of an iPhone. He also knows all about a vigilante group known as The Invisible Hand.

Harold updates the team about Tim, his death, and his company. They head out to the fields to look at his body. Meanwhile, The Invisible Hand is panicking about the body being found. They also decide their next target, Anna Hopkins.

Red meets with an ex-convict Anthony who has a big street thug named Big Willie after him after he stole a package of cocaine.

Samar and Donald catch a lead when a nearby camera picks up a picture of a car that went into the fields where Tim’s body and other bodies were found.

Elizabeth finds a book that is connected to a Russian Operative by the nickname of Oleander. She brings it to Dembe. He tells her to be careful. She travels out to the woods to a house. She knocks on the door and asks the man if he is Wilkinson. He confirms. She has some questions for him.

Red brings Anthony to see Big Willie in the back of a candy store that also makes drugs. Red tells him Anthony has money for him but accidentally got involved and didn’t mean to.

Wilkinson tells Elizabeth that he is not Oleander. He did work for Russian Intelligence but he isn’t her man. He wishes he could help her.

Several men show up at the candy store. They start shooting. Red ducks for cover and pulls out his gun. Anthony gets shot.

Donald and Samar track down Stephen from The Invisible Hand. They go to his house. They break inside quietly with a team of law enforcement waiting. He isn’t there.

Elizabeth asks Wilkinson if he knew a woman named Katarina. He does know her well. He tells her a few stories. Liz admits that Katarina is her mother. She asks him if he believes she is really dead.

Stephen from The Invisible Hand knocks on Anna Hopkins door. When Anna comes out to see him he tases her.  His group is waiting. They carry her limp body outside to their van discovering the police. They get into a shootout with Donald and Samar who are waiting outside. All of them get away but one female mother of the group. Donald and Samar question her. She tells them she and her group of friends have been killing those responsible for killing their parents with chemical exposure. Stephen is dying from the same bone cancer their parents died from.

Stephen and Bobby, who is also part of the group, pull over their van. Bobby has been shot and is bleeding. He isn’t going to make it. He tells Stephen to carry on and finish the job.

Stephen is filling Anna’s grave after burying her alive. Donald and Samar come upon him. He runs. Donald chases him while Samar pulls Anna out of the dirt.

Stephen tells Donald that he isn’t regretful about what he and his group have been doing.

Wilkinson calls Red. He tells him he met Elizabeth. She was asking a lot of questions. Wilkinson is Oleander and the father of Red.

Red pays Bobby a visit in the hospital. He tells Bobby he wants to know the whereabouts of the Toy Maker.

Red and Liz go to see the Toy Maker. Liz hands him the eyeball she has been carrying. They want to know who he built it for.

Red pays Anthony in the hospital while Liz tells Harold she is ready to come back.