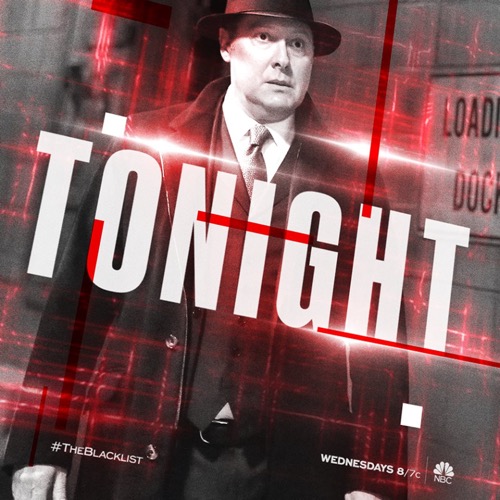 Tonight on NBC their hit drama The Blacklist starring James Spader airs with an all-new Wednesday, March 7, 2018, episode and we have your The Blacklist recap below. On tonight’s Blacklist Season 5 episode 15 called, “Pattie Sue Edwards”,  as per the ABC synopsis, “As Liz works a new angle in tracking Tom’s killers, Red looks to find a creative solution to a tax issue in his money-laundering operation. Meanwhile, Aram ventures into the field as the Task Force investigates a mysterious woman behind a deadly viral outbreak.”

A coffee shop filled with civilians and workers suddenly come down with a strange rash and a cough within minutes. A customer leaves unharmed with only the need to use her inhaler as she strolls down the street.

Red gets an old acquaintance, Earl, out of jail. He needs him to work his magic. Liz shows up and tells Red to lay off Dembe. He is on their side. Red needs Liz to help him with a viral outbreak that just occurred in the city. Red thinks he knows the man who is behind it. Liz heads into the office where she tells Harold and the others about the viral outbreak and Red’s lead on a possible suspect.

Donald and Samar head into the city where they head to the scene of the crime. They watch video footage of the coffee shop and see the woman with the inhaler. Meanwhile, the woman from the coffee shop has entered New York General. She leaves a smoking briefcase in the elevator before leaving. Harold gets word minutes later that there is another outbreak. He arrives with Samar at the hospital. Strangely the CDC worker in the elevator opens the case to find what might be a cure.

Back at the office, Samar and Donald tell Harold that the CDC wants to examine the possible cure before they give it to patients. They also have a lead on the woman with the inhaler. Her name is Laura Edwards.

Red meets with Earl. They discuss explosives. An IRS agent shows up to talk to Red about an audit. Red talks him in circles and before he knows it, the agent is complaining about his job and how he can’t see to get his son into a prestigious academy after he audited the headmaster’s sister. Red tells him he is going to get him in if he can do him a favor in exchange.

The CDC is talking to Samar and Donald. Their network goes black. It looks as though they have been hacked. Meanwhile, Red heads to the academy to propose new locker rooms if the headmaster lets the IRS agent’s son Charlie in. The headmaster turns him down.

Dembe and Liz are on a stakeout. They discuss their kids.

Samar and Donald prep their partner. He is suited up in a CDC suit headed into a quarantined area to the CDC’s server location. His mission is to find out what their suspect Laura Edwards is up to. He makes it in but his air is going fast. He discovers that Edwards isn’t looking for a virus but a person.

It appears as though Edwards is looking for her husband’s killer. She tracks down the man she is looking for and makes him let her into his house at gunpoint.

Red delivers the news to the IRS agent that his kid is in, but the agent tells Red that a new agent is on the case.

Laura Edwards infects the man and ties him to a chair. She shares with him that his brain will swell until he dies. Unless he can give her answers about why his DNA was on her dead husband, she will give him the cure. The man gets up quick and hits her. They struggle. He knocks her down and steps on her inhaler.

Dembe takes a ride with Damascus who threatens his daughters.

The FBI breaks into the home of the man who Laura has infected. They are both gone. The man and Laura drive. She tells him she never wanted to kill him she just wanted to clear her husband’s name. They pull into where Donald and the other officers are. They both rush out of the car. The man is in bad shape. She yells at them about the woman. She is trying to kill him. He needs the cure. Donald tells him to back up. He wants his weapon and he wants the truth about what happened to Laura’s husband. He confesses to killing him. He was only trying to cover up a robbery. Donald has the two cuffed and arrested.

Liz goes to Singleton’s apartment but he doesn’t answer. Meanwhile, Red meets with his new auditor who tells him that his audit has been postponed indefinitely. They had a fire and his records where burned.

Liz and Harold report to a crime scene. It’s Singleton. He has been stabbed to death. Damascus is there. Liz hears him speak. She tells Harold he is the man who killed Tom.