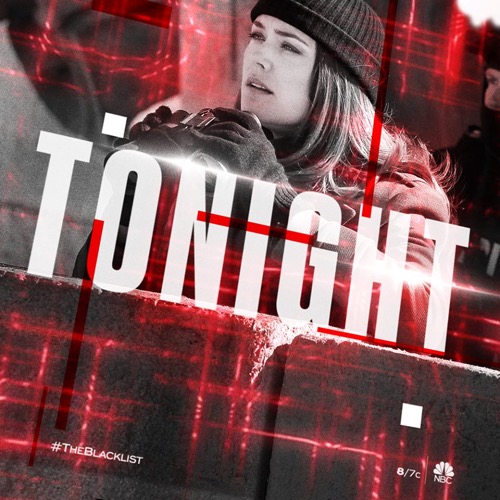 Tonight on NBC their hit drama The Blacklist starring James Spader airs with an all-new Wednesday, April 25, 2018, episode and we have your The Blacklist recap below. On tonight’s Blacklist Season 5 episode 19 called, “Ian Garvey (#13): Conclusion”,  as per the ABC synopsis, “Liz uses intel from an unexpected source to force a race with Red to uncover the secrets he holds, as Red initiates a plan to retrieve the duffel bag of bones.”

Garvey is at home. He puts a silencer on his gun. Meanwhile, Red is speaking to an associate of Garvey’s who has cut Garvey off. The man tells Red that he was the source of Garvey’s power and wealth. Red and the man make a deal. Red leaves. The man calls Garvey and tells him Red knows too much about them.

Liz is still holding Garvey’s daughter. She tells Liz that Garvey is her surrogate father and it is crazy that Liz wants her to help Garvey down. Liz tells her that Garvey killed her husband.

Liz visits Red at his new apartment. He tells her he has Garvey. He will get him and the bag. Liz still wants to know why Tom died. Red knows and he won’t tell her.

Garvey meets with his daughter. They talk about Red and Tom Keen. She wants to know if he plans to kill Red and if he killed Tom. While the two talk they are being bugged by Liz and the rest of the FBI. Liz calls red and tells him he will be meeting Garvey tomorrow and he doesn’t know it. Red tells her he isn’t worried. He hangs up and calls Sinclair. He tells him he will need his particular kind of magic.

Red meets with Liz and Harold. Harold thinks it is a bad idea for him to go to this meeting. Red reminds Harold that Garvey is a dangerous man. He will let him in on the meeting. Red will go to meet Garvey and he will let the FBI show up and take Garvey in.

Red goes back to Sinclair. He feels better now about helping Red. They get to work creating Red’s double and going over how this is all going to go down.

Garvey tells a mystery person it is time. He is holding a bag. Meanwhile, the FBI is set up and ready for the meeting. They will completely surround Red without anyone seeing them. Red arrives at the location. Garvey’s associate is there. The man tells Red he will get his bag and then his beef with Garvey has to be over. He agrees. Garvey arrives in another car. He gets out with the bag. Dembe tells him to open the bag. Garvey pulls a gun out and aims it at Red but then shoots his associate instead. He gets in the car and takes off. Down the road, he drives up into a box truck. He peels his face off. It was Tony posing as Garvey. Sinclair radios him. He is proud. Meanwhile, the real Garvey is in a room with his hand’s zip tied. He comes to. Red hands him his glasses. They have some things to discuss.

Red turns on the news. Garvey is wanted for shooting a Saudi official, his associate. Red is proud of his work. He tells Garvey how he pulled off the scheme. He can change all of this for the bag.

Liz and the FBI meet back at the office. They have one of Garvey’s men and they cannot find Red. They find video footage of the scene and streets around it. They spot Sinclair. Now they know what Red is up to. He is using the man who creates alibis. Liz calls Garvey’s daughter and tells her if she can get the bag Garvey won’t die.

Dembe is driving Red and Garvey. They tease Garvey about how his bald head smells pretty. He grabs the wheel and they crash. A civilian helps Red and Dembe out of the car. Garvey is gone.

Garvey arrives at his so-called daughter’s bar. He is bleeding and limping. He goes to the register and takes money. He has a gub. Meanwhile, Liz is looking for Garvey around the buildings. Red calls the FBI to try and find Liz. Liz gets close the Garvey and the woman. She listens to them with her gun ready. She comes out and surprised them, aiming her gun at Garvey. Garvey tells her she doesn’t want to arrest him because she will never know what Red is hiding. She makes him put his hand’s on the bar. The woman starts talking, telling Garvey that Liz is Red’s daughter and she is her sister.

Dembe and Red arrive out of nowhere. They have their guns raised. Liz wants to know what happened. She points her gun at Red and tells Garvey to tell her. Garvey’s surrogate daughter jumps in front of Garvey. He is the only man who took care of her. She asks Red if he recognizes her. He does now, his daughter Jennifer. She talks about how she woke up one day and Red, her father, was gone. She didn’t understand it. And then she learned Red was a traitor. Suddenly Garvey moves, he shoots at Red, Red shoots at him. The FBI shows up. The paramedics arrive and try to help Garvey. Liz begs him to hold on. They head to the hospital. Garvey is bleeding out.