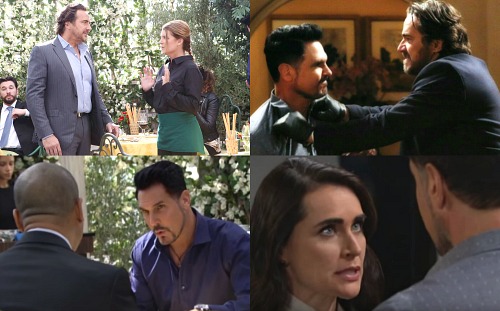 The Bold and the Beautiful spoilers tease that Bill (Don Diamont) and Ridge (Thorsten Kaye) will have a confrontation. A shot will be heard and Bill will be hospitalized. While Bill will tell the police Ridge was at fault, someone else will be responsible for the crime.

As savvy readers of this site know, Diamont will be working on Italy’s version of Dancing with the Stars for awhile. So Dollar Bill will be written aside, but not out of this soapy story. The setup to that temporary departure has already begun to unfold. 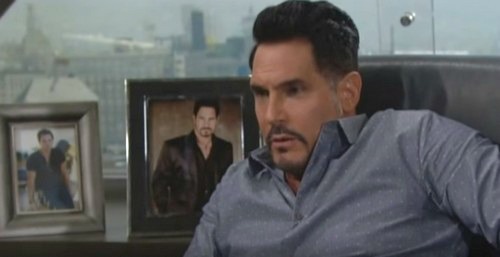 An increasing number of B&B players are expressing their total disdain for Bill in various ways. Liam’s (Scott Clifton) obsession kicked off the most recent Dollar Bill arc last year.

Sally (Courtney Hope) became Liam’s focal point. That misguided choice led to strife with his father and strain in his marriage. Eventually, Bill seized control of the building where Spectra Fashions was located and then had it demolished. Lally was foolishly inside the structure when that happened.

Liam promised Sally that Spencer Publications would help her rebuild the business. But after Still’s one-off was revealed, Liam sought an annulment and divorced himself from his father. That led to Bill’s renege, which spurned Sally to take a shot at Sky. Will she return to finish Bill off, as was threatened? 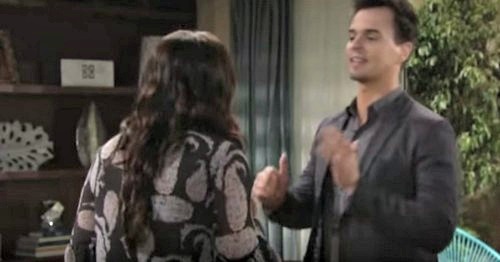 Wyatt (Darin Brooks) and Katie (Heather Tom) make a great couple. They broke up for a few days, but reunited and got engaged. But Watie received no support from Bill, who threatened to take full custody of Will (Zane Alexander Achor). That unexpected reaction pushed Wyatt, Katie, Eric (John McCook) and Quinn (Rena Sofer) in the potential suspect category.

Watie was in the process of telling Queric their good news when Wyatt let Still’s one-off slip out. Eric became enraged and, like Ridge, expressed his desire to rid the world of Bill. 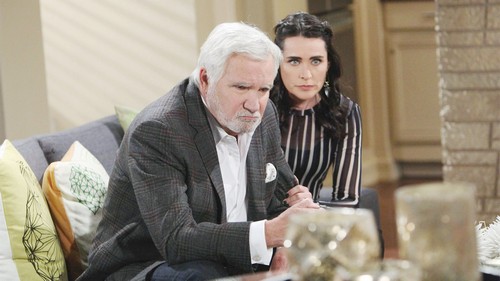 Quinn is a fierce defender of her husband, as Sheila (Kimberlin Brown) came to learn. So the current Mrs. Forrester should be closely watched from this point on, as should Sheila, based upon Ridge’s plea to her at Il Giardino. Miss Carter, along with various other connected, side and past characters have varied reasons to go after Bill now.

Yes, Ridge will be accused by Bill. But other guys like Liam, Wyatt and Eric also hold known grudges. And then there are the aforementioned ladies: Sally, Katie, Quinn and Sheila who aren’t in Bill’s corner either.

One of these personas, or one that hasn’t been mentioned will fire at Bill in the near future. But who will that person be? CDL is a leading source for everything linked to The Bold and the Beautiful. Check back regularly for B&B spoilers and news!