The Bold and the Beautiful Spoilers: Hope Believes She’s The Better Woman for Liam – Steffy Goes To War 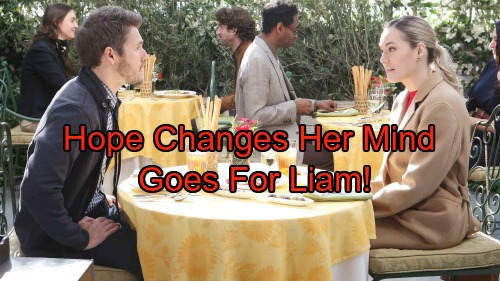 The Bold and the Beautiful (B&B) spoilers tease that Hope (Annika Noelle) and Liam (Scott Clifton) will continue to bond. That can’t be good news for Steffy (Jacqueline MacInnes Wood) and Liam’s relationship. Hope vowed to help Steffy put her marriage back together, but doubts are creeping in. It looks like Hope could withdraw her support soon.

B&B fans know that Hope still loves Liam, but she’s been adamant about giving Steffy and the baby a chance at a united family. However, that’s not what Liam claims to want. He believes he can be there for his kid without a reunion. Liam’s willing to respect and care for Steffy as the mother of his child, but he just doesn’t see her as wife material anymore. 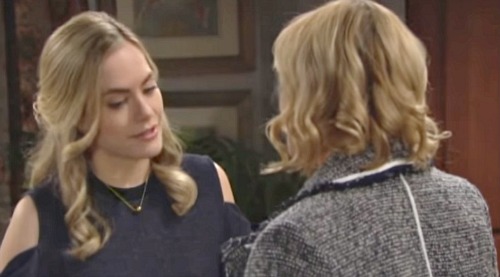 If Liam repeats it enough, Hope may decide there’s nothing that can be done. She’s tried to be nice to Steffy, but we all know her loyalty lies with Liam. Hope only wants what’s best for him. If Steffy can’t bring Liam joy, Hope won’t want to force him back into a miserable situation.

As her feelings grow stronger, The Bold and the Beautiful spoilers say Hope will believe she’s the better option. She would undoubtedly be a great stepmom to Liam’s son or daughter. Hope could easily start envisioning their future together. It would come with complications, but that’s a small price to pay for love. 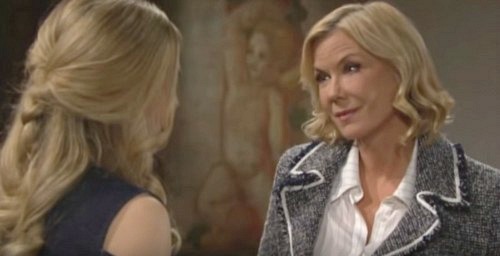 Hope may eventually determine that she can’t fight this any longer. She might put herself back on the table as an option. Hope could suggest that if Liam wants to be with her, she’d be open to the idea. She’ll realize things are tricky because of the baby, but she may take her shot at winning Liam back anyway.

It’s easy to see that Liam’s longing for Hope. He still misses what he had with Steffy, but his history with Hope creates a strong pull as well. If Hope ends her “Steam” campaign and pours her heart out to Liam instead, will that change anything? Will he dive into a “Lope” reunion and see where it leads?