BY Sean O'Brien on January 7, 2018 | Comments: one comment
Related : Soap Opera, Spoiler, Television, The Bold and the Beautiful 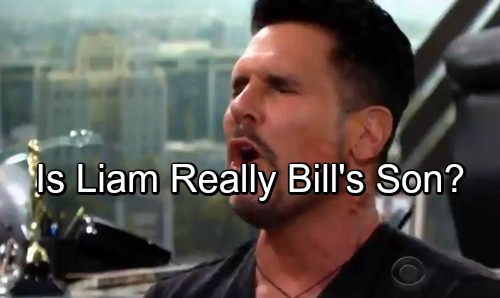 The Bold and the Beautiful spoilers tease that Bill (Don Diamont) may not have slept with his son’s wife, if Liam (Scott Clifton) isn’t actually his son. Of course B&B’s backstory history will have to be revised for this to happen, but it would serve to partially remove the reigning amoral crime that Bill committed.

Liam Cooper knew he was Kelly Cooper’s (A character that was never cast, as she existed and then died before Liam was introduced on the show) son, but he didn’t know who his father was. He went to Los Angeles, based on his deceased mother’s wish, in search of his paternity answer. That man was later revealed as Dollar Bill. 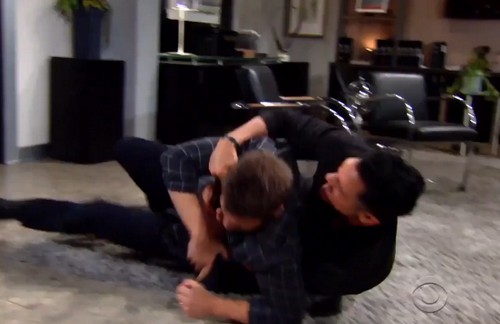 Liam crushed the symbolic Spencer sword in his right hand as Bill knelt before him begging for forgiveness. Then, before leaving the Spencer Publication’s CEO’s office, Liam wiped his bloody hand across the left side of his supposed father’s face.

B&B fans were wondering if both actors were laughing their tail ends off when the camera went dark? They surely needed to find some way to relieve the pressure in this sick, twisted arc. 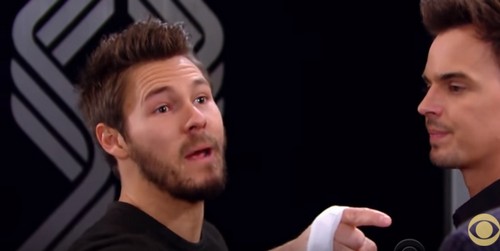 Steffy was frantic after Liam admitted to having kissed Sally (Courtney Hope) after the Spectra Fashions’ building collapsed. Those idealistic souls were trapped inside under the rubble. Bill and Steffy rescued them. An event that now feels like a distant memory.

History review over. So, why would B&B choose to revisit the seemingly settled paternity issue between Liam and Bill?

Well, speculation suggests that Dollar Bill may have manipulated Steffy’s paternity test results so that they would show Liam as the baby’s father. Despite what he told his daughter-in-law, Diamont’s character seemingly was willing to sacrifice what would have been his fourth child so that Liam could have a family.

But fans shouldn’t be thinking that Bill has known all along that Liam isn’t his son. Future medical issues that will result in confirming Leffy’s child’s paternity will also reveal that Liam is related to Bill, but isn’t his child. That plot point will support the similarities the doctor recently mentioned to Steffy when discussing the DNA test results.

This type of reveal won’t make Bill’s actions any less detestable. He still would have believed, at the time, that he slept with his son’s wife. But at least Liam would gain the satisfaction of knowing, in this proposed storyline, that Bill is not his father. CDL is a leading source for everything linked to The Bold and the Beautiful. Check back regularly for B&B spoilers and news!