BY Heather Hughes on May 25, 2018 | Comments: one comment
Related : Soap Opera, Spoiler, Television, The Bold and the Beautiful 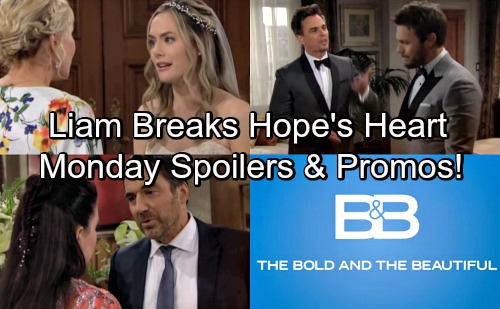 The Bold and the Beautiful (B&B) spoilers for Monday, May 28, tease that questions will swirl as Liam (Scott Clifton) and Wyatt’s (Darin Brooks) conversation continues. The wedding guests will speculate about the reason for this ill-timed chat. Brooke (Katherine Kelly Lang) will try to calm Hope (Annika Noelle) down, but she won’t have much luck. This situation would make any bride nervous!

Hope just won’t understand what’s happening here. She’ll wonder what Wyatt could possibly have to say to Liam right now. Hope will probably point out that Wyatt seemed on board before. She won’t get why he’d suddenly turn against their marriage. 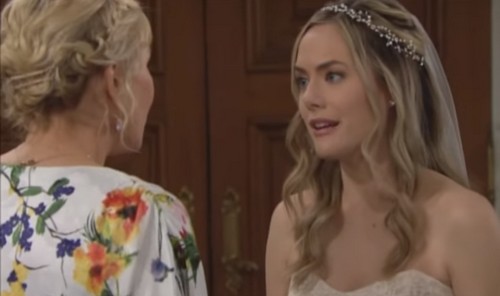 Brooke will probably advise that it’s best not to jump to conclusions. Besides, she’ll be confident that Liam will come down and resume the ceremony. Brooke won’t think Wyatt’s words will get in the way of “Lope’s” happiness. However, his confession will indeed cause chaos in the other room.

Liam will struggle to believe what Wyatt just divulged. B&B spoilers say Wyatt will get agitated as he works to convince his brother. He’ll insist that Bill (Don Diamont) manipulated him into thinking an affair was going on. Wyatt will reiterate that Steffy (Jacqueline MacInnes Wood) isn’t really involved with their father. 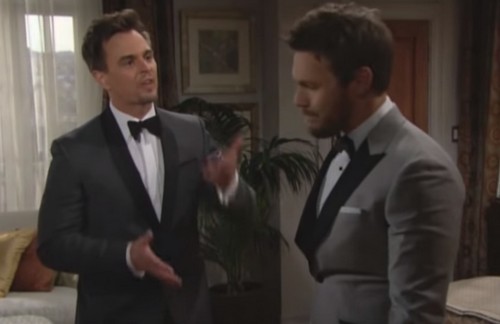 Liam will eventually accept Wyatt’s claims as the truth, so he’ll have to drop a bomb on Hope. The Bold and the Beautiful spoilers state that he’ll pull her aside and provide updates on Wyatt’s story. Hope will be stunned and completely devastated over this news. This definitely isn’t how she wanted her big day to turn out. 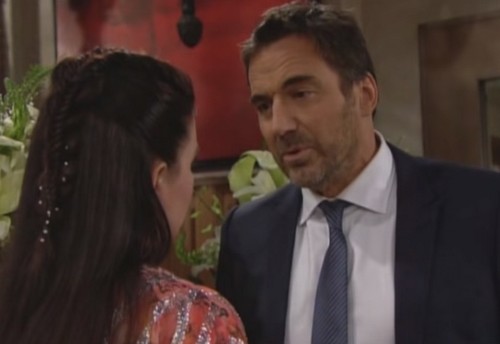 Elsewhere, Ridge (Thorsten Kaye) will think Katie (Heather Tom) knows more than she’s letting on. He’ll feel like Wyatt must’ve shared something, so he’ll push Katie to spill it. When Katie tries to stay tight-lipped, Ridge will offer his version of events. He’ll argue that Bill’s maneuvering Liam’s love life in hopes of winning over Steffy.

Katie probably won’t crack under Ridge’s pressure, but it doesn’t matter anyway. Now that Wyatt’s blabbed, plenty of changes are brewing. The Bold and the Beautiful spoilers say some gripping material’s coming up. We’ll keep you posted as other B&B details emerge. Stick with the CBS soap and don’t forget to check CDL often for the latest Bold and the Beautiful spoilers, updates, and news.