The Bold and the Beautiful Spoilers: Ridge Learns About Steffy and Bill – Wild Scene Unfolds

BY Sean O'Brien on January 18, 2018 | Comments: one comment
Related : Soap Opera, Spoiler, Television, The Bold and the Beautiful 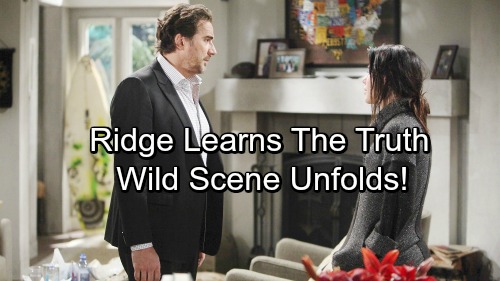 The Bold and the Beautiful spoilers tease that Ridge (Thorsten Kaye) will learn that his daughter and Dollar Bill (Don Diamont) cavorted. As soon as that happens, B&B fans will rightfully anticipate a wild scene unfolding.

Ridge and Bill don’t like each other. But that factor had zero connection to Bill’s acceptance of Brooke’s (Katherine Kelly Lang) annulment request.

Brooke, like Liam (Scott Clifton) opted to pursue an annulment, which differs from a divorce. A divorce ends a legally valid marriage. An annulment treats a marriage as though it was never valid. 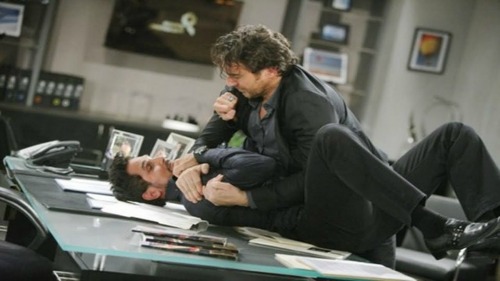 Provided facts are not meant to imply that B&B characters or readers of these columns should seek this scribe as a digital attorney for current, or future relationship dispute resolution. Said keyboard banger was disbarred after accepting money from Dollar Bill for various and sundry shady dealings and is no longer allowed to chase ambulances, uh, practice law in Los Angeles, or anywhere else in the known world. How lamentable.

Returning now to fictional reality, the epic reveal that enabled Liam to learn what Steffy (Jacqueline MacInnes Wood) detestably did with his father resulted in him becoming enraged, leaving his shore-front property for a few days and then recently returning. 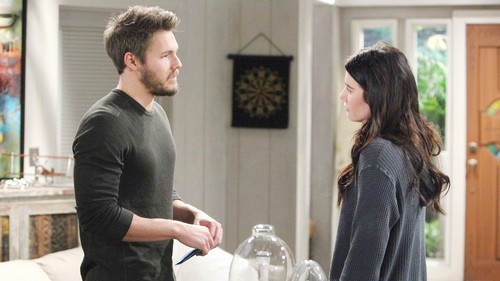 Steffy was hopeful that her husband was going to offer forgiveness and remain married to her. But Liam had achieved internal peace, reached a firm conclusion had decided to seek Leffy’s annulment and presented Steffy with said papers. That also means all linked characters will now learn the tawdry truth.

Ridge will be beside himself and potentially, against Bill’s face when he learns that Steffy was taken advantage of. Despite what all Steffy detractors may claim, that’s what happened when Bill purposely tracked her down at the Forrester mansion guest house and then proceeded to comfort his son’s wife.

Yes, Steffy was a consenting adult. She wasn’t drugged or blackmailed into having relations with her father-in-law. But Bill’s latent romantic feelings for a daughter-in-law who looks half his age served as the leading factor in Steffy’s submission and self-described, “out of body experience”. 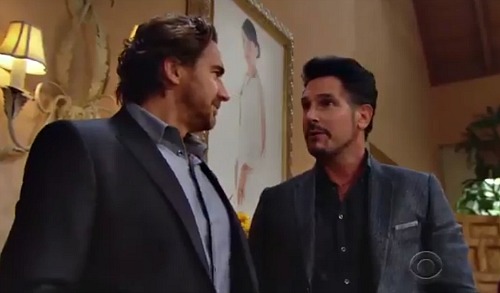 Brooke and Ridge were perplexed at Bill’s acquiescence. Why had he not protested Brooke’s legal request, or resisted in some way? It wasn’t like Bill to simply sign the annulment papers immediately after Carter (Lawrence Saint-Victor) presented them to him.

Aftereffects will now include Ridge realizing that Bill wants Steffy and Brooke being sickened. More disturbingly, Ridge will also recognize that Bill is now a threat to couple with his daughter. That point will fuel Ridge’s rage.