BY Heather Hughes on April 13, 2018 | Comments: one comment
Related : Soap Opera, Spoiler, Television, The Bold and the Beautiful 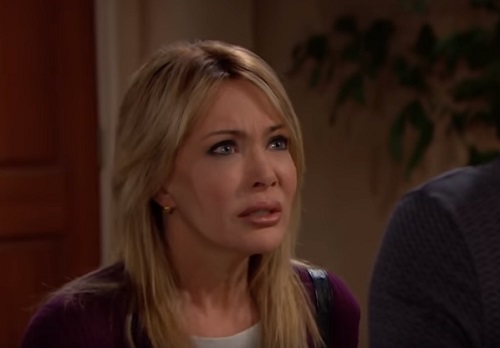 The Bold and the Beautiful (B&B) spoilers reveal that fans are still buzzing about Taylor’s (Hunter Tylo) surprise comeback. In the world of soaps, B&B seems to be the best at protecting cast secrets. They managed to keep Sheila’s (Kimberlin Brown) homecoming under wraps until she showed up on screen. Now they’ve done it again with Taylor’s triumphant return.

It makes sense that The Bold and the Beautiful would want Taylor around right now. Steffy’s (Jacqueline MacInnes Wood) gone through so much lately. Her hookup with Bill (Don Diamont) led to a stressful paternity mystery and ultimately cost her Liam (Scott Clifton). Steffy was also quite upset over the accusations that landed Ridge (Thorsten Kaye) behind bars.

Taylor blames Bill for her daughter’s suffering, so it’s nice to see this mama bear come roaring back. This storyline wouldn’t be the same without her! However, there could be another reason for Taylor’s sudden return. Perhaps Bill’s attempted murder isn’t an open-and-shut case like Liam believes. B&B viewers can’t really trust that his version of events is accurate. 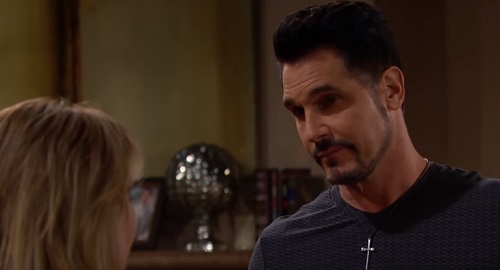 Liam took a major blow and his concussion really messed with his head. No one can say for sure that his memories are accurate. There were sheepskin gloves in Liam’s car, but those could’ve been planted by someone out to get him. Who knows if they were even the same pair used in the shooting? As for the rest of what Liam remembers, his mind could be playing tricks on him.

Regardless, many B&B watchers are wondering if Taylor might be the real culprit. On Twitter, fans tweeted their theories to Tylo and she retweeted her favorites. One user said, “She is back to finish the job I do believe that she is the one that Liam see before he hit his head.” Another said, “Here is a thought-Taylor shoot Bill.”

Before Liam was revealed as the shooter, some viewers thought the figure lurking outside Bill’s house looked like a woman. It could’ve easily been Taylor who pumped a bullet in Bill’s back. Since he survived, will she try again? The Bold and the Beautiful spoilers say Taylor’s certainly angry enough to.

Weigh in with your thoughts on the shooting below! We’ll give you updates as other B&B news comes in. Stay tuned to the CBS soap and don’t forget to check CDL often for the latest Bold and the Beautiful spoilers, updates and news.