BY Heather Hughes on March 19, 2018 | Comments: one comment
Related : Soap Opera, Spoiler, Television, The Bold and the Beautiful 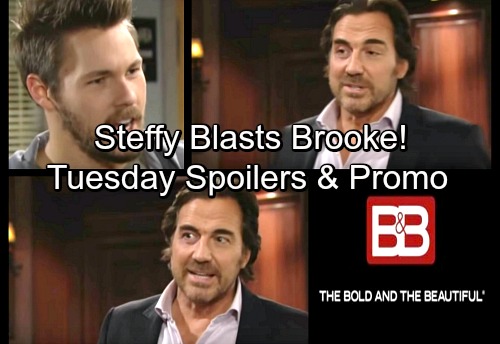 The Bold and the Beautiful (B&B) spoilers for Tuesday, March 20, tease that Liam (Scott Clifton) will struggle to believe what Detective Sanchez (Jeremy Ray Valdez) just suggested. Sanchez dropped serious hints about Liam being an attempted murderer. He thinks Liam had both motive and opportunity, so he’s anxious to learn more.

Liam will wonder if Sanchez seriously thinks he would try to kill his own father. He’ll argue that if he’s the top suspect, the investigation is going nowhere. Liam will want Sanchez to focus on finding the real culprit. He’ll admit he had his fair share of issues with Bill, but he’ll swear he wouldn’t have shot his dad over them. 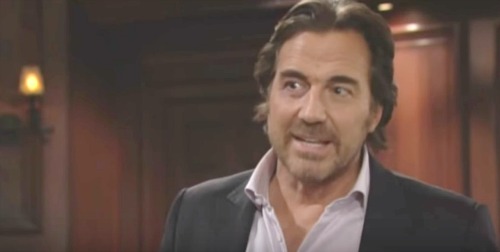 Meanwhile, Ridge (Thorsten Kaye) may have doubts about Thomas’ (Pierson Fode) innocence. During their last chat, Thomas filled Ridge in on Caroline’s (Linsey Godfrey) bogus illness and how it derailed his life. He noted that Bill was behind everything, so Ridge wondered if Thomas might’ve pulled the trigger. Thomas promised he didn’t, but Ridge will still be concerned in Tuesday’s B&B episode.

The Bold and the Beautiful spoilers say Ridge will look at the facts. He’ll say that Thomas has two reasons to hate Bill. Sally (Courtney Hope) was tormented by Bill for months, so that’s number one. The second reason is the horrible lie Bill told about Caroline. Ridge may worry that his son had enough rage to fire that shot. 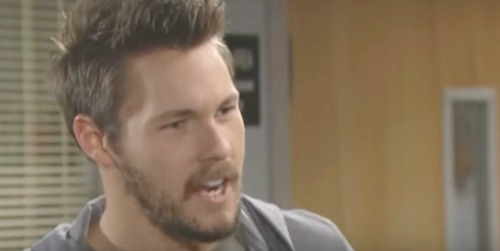 Other Bold and the Beautiful spoilers state that Wyatt (Darin Brooks) and Justin (Aaron D. Spears) will clash again. They’ll go to war over the throne at Spencer Publications. Both men want to be running the show, which could make them seem even guiltier to the cops.

Over with Steffy (Jacqueline MacInnes Wood), she’ll approach Brooke (Katherine Kelly Lang) on a mission. Steffy will bring up the proposal secret and blast Brooke for blabbing to Hope (Annika Noelle). She just won’t understand why Hope needed to hear about Bill popping the question.

Brooke will defend her actions, so a major confrontation’s coming up. We’ll give you updates as other B&B news emerges. Stay tuned to the CBS soap and don’t forget to check CDL often for the latest Bold and the Beautiful spoilers, updates and news.