BY Heather Hughes on March 5, 2018 | Comments: one comment
Related : Soap Opera, Spoiler, Television, The Bold and the Beautiful 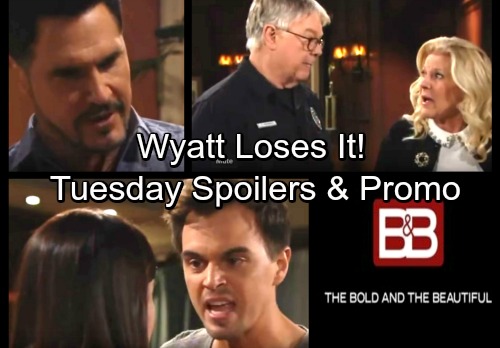 The Bold and the Beautiful (B&B) spoilers for Tuesday, March 6, tease that Bill (Don Diamont) and Ridge’s (Thorsten Kaye) fight will continue. These two are battling it out over Bill’s latest proposal as well as his hookup with Steffy (Jacqueline MacInnes Wood). Ridge still feels the need to protect his daughter. He’ll once again rant about Bill taking advantage of Steffy in a vulnerable moment.

Bill will maintain that their sex session was completely consensual. He’ll snarl that Steffy wanted him that night. Bill won’t think Ridge has any right to come after him when Steffy was on board. Ridge will eventually storm out, but more trouble is headed Bill’s way. It looks like Bill will be shot within the next couple episodes, so stay tuned for that B&B shocker. 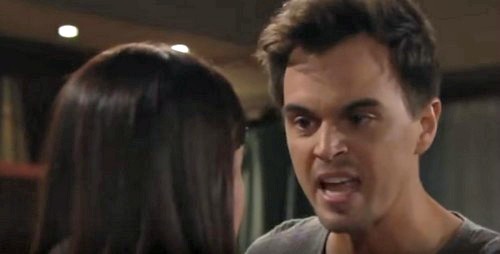 In the meantime, Katie (Heather Tom) will receive some devastating updates. Bill will have custody papers delivered to her house, so she’ll know he means business. As Katie screams and sobs, Wyatt (Darin Brooks) will grow increasingly angry with Bill. He’ll shout that Bill’s not going to take Will (Zane Achor) or anything else.

Wyatt will want Katie to understand that he’s going to stop his father. When Wyatt wakes up with a hangover later this week, he’ll fear that he may have gone too far. The Bold and the Beautiful spoilers say Wyatt will definitely be on the suspect list. He could land in hot water if shocking evidence pops up. 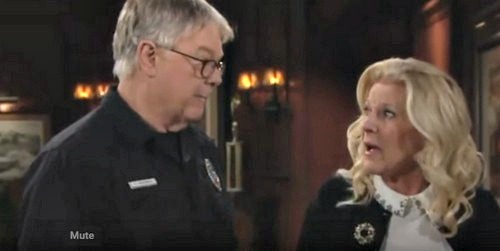 Of course, Pam’s (Alley Mills) also putting herself in the suspect zone. Charlie (Dick Christie) knows Pam needs her meds or she’ll really go off the rails. When she’s like this, Pam’s certainly capable of pumping a bullet in Bill.

Charlie will push Pam to get her medication regimen back on track. He’ll think that’ll help her see things more clearly. Unfortunately, there’s no guarantee Pam will take Charlie’s advice! It sounds like Bill’s attempted murder will bring plenty of drama. The aftermath is sure to bring some fun scenes.