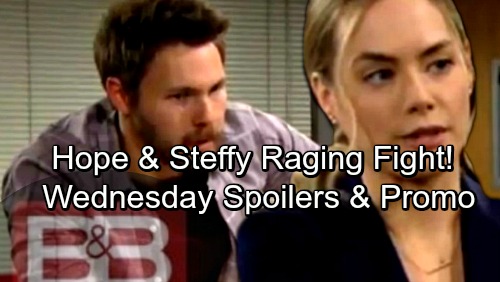 The Bold and the Beautiful (B&B) spoilers for Wednesday, March 28, tease that the claws are about to come out! Hope’s (Annika Noelle) been dancing around her feud with Steffy (Jacqueline MacInnes Wood) for a while now. She’s tried to push for peace and support Steffy’s relationship with Liam (Scott Clifton), but some hostility is hiding just under the surface.

On Wednesday, Hope will finally unleash some of the frustration that’s been building. Steffy will manage to push Hope’s buttons, so a fight will soon break out. During a chat about Bill’s (Don Diamont) shooting and Ridge’s (Thorsten Kaye) arrest, Hope will hold her rival responsible. She’ll suggest that all this drama wouldn’t have happened if it wasn’t for Steffy. 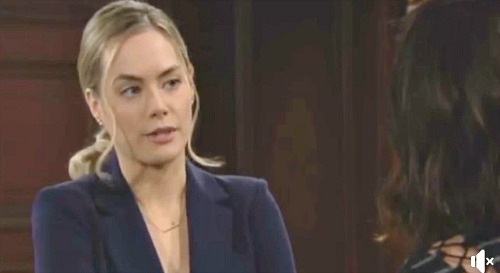 Hope will think Steffy’s betrayal set off a terrible chain reaction. She’ll argue that Steffy only has herself to blame for her problems with Liam and Ridge’s dilemma. The Bold and the Beautiful spoilers say Steffy won’t appreciate Hope’s criticism. She’ll fire back and add to the intense conflict.

B&B fans can expect Steffy and Hope to rehash some old issues as well as new ones. They’ll spar over the past, present and future in this shocking showdown. Will this finally push Hope to go after what she wants? It looks like Hope will indeed withdraw her “Steam” support soon and make a play for Liam. 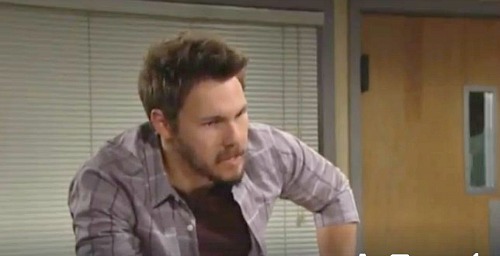 If Liam wants a reunion with Steffy, that’s fine. Hope can deal with that. However, she’ll probably decide to stop trying to force it. If Hope can make Liam happier, that’s an outcome she’d be delighted to give him. The competition for Liam’s heart seems to be heating up.

In the meantime, Liam will continue to battle concerns about his own guilt. He’s starting to believe he actually tried to kill Bill. Nevertheless, Liam will hold off on confessing to his father. Instead, he’ll just want Bill to admit that Ridge isn’t the only suspect. Liam will remind his dad that plenty of people out there wanted him to pay. 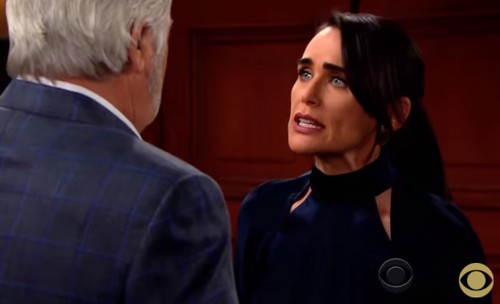 While Liam and Bill discuss his shooting, Eric (John McCook) will have an intriguing chat with Quinn (Rena Sofer). As they debate the list of suspects, Eric will notice that Quinn seems unsettled about Ridge’s arrest. He may feel like she knows more than she’s letting on.