The Bold and the Beautiful Spoilers: Wyatt Devastated By Bill’s Rejection – Mama Quinn To The Rescue! 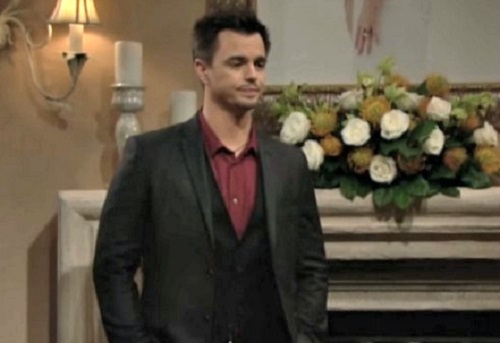 The Bold and the Beautiful spoilers tease that Wyatt’s (Darin Brooks) life won’t be going back to normal anytime soon. Wyatt was put in an awful situation by Bill (Don Diamont), who deceptively used Wyatt to come between Liam (Scott Clifton) and Steffy (Jacqueline MacInnes Wood). But Wyatt did the right thing and exposed what Bill did.

Unfortunately, Wyatt’s going to have some fallout from his decision to blow Bill’s scheme wide open. He’s already had to suffer Bill’s angry tirade, and Bill cut Wyatt out of his company and his life. Wyatt is going to have to come to terms with the fact that Bill never really saw him as the “special son” and he’s just one of many pawns in Bill’s life. Ouch.

It also looks like Wyatt is going to continue to suffer guilt over not telling Liam about Bill’s scheme sooner. He may beat himself up over actually buying into Bill’s “keys to the kingdom” nonsense and basically accepting a bribe (at least for a while) to keep a terrible secret. The Bold and the Beautiful spoilers say that Quinn (Rena Sofer) will step in and urge her son not to blame himself for Bill’s misdeeds. Quinn will probably argue that the blame should go squarely where it belongs – on Bill – and that Wyatt was put in an impossible situation. 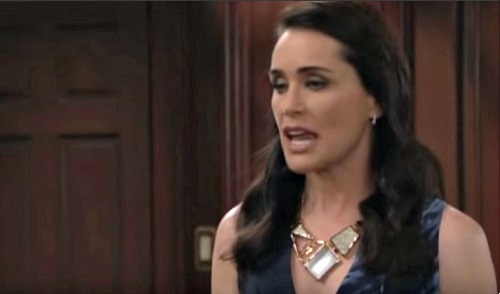 It’s good that Quinn is there for Wyatt as he tries to put his life back together. He’ll need to find work and another purpose in life, other than being Bill Spencer’s son. All of this recent drama may cause Wyatt to evaluate what kind of person he’s been, and what kind of person he wants to be going forward.

Wyatt’s newfound introspection may affect his relationship with Katie (Heather Tom), too. The Bold and the Beautiful spoilers say that Watie will soon explore their relationship. Remember, Katie heavily pressured Wyatt to keep Bill’s secret, so Wyatt may want to think about whether she is really good for him going forward. Quinn may have something to say about that, too.

Will Wyatt work through his rejection by Bill and all the drama that Bill has recently put him through? With Quinn there to help, we should see some great mother/son scenes ahead. Stay tuned to the CBS soap and don’t forget to check CDL often for the latest Bold and the Beautiful spoilers, updates, and news.