The Bold and the Beautiful Spoilers: Wyatt Strikes A Deal With The Devil – Hides Bill’s Lies As Hope and Liam’s Wedding Nears

BY hellodrdavis on May 10, 2018 | Comments: 2 comments
Related : Soap Opera, Spoiler, Television, The Bold and the Beautiful 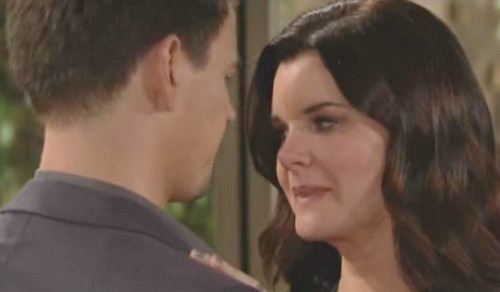 The Bold and the Beautiful Spoilers tease that Liam (Scott Clifton) and Hope (Annika Noelle) will get to the altar soon, despite some strong forces working against them. Both Ridge (Thorsten Kaye) and Steffy (Jacqueline MacInnes Wood) are fighting like mad to get Liam to see that he is making a big mistake by moving forward so quickly with Hope, and each has demanded that Lope at least wait until Steffy’s baby is born to get hitched.

And then there’s Wyatt (Darin Brooks), who will soon learn about Bill’s (Don Diamont) scheme to keep Liam and Steffy apart. Surely Wyatt will go straight to Liam and fill him in on Bill’s lies and deception, right? Not so fast. According to B&B spoilers, Liam and Hope’s wedding day is going to involve some secrets, strongly suggesting that Wyatt will not divulge what he learns to Liam even as he attends the wedding. Whaaat?

And there’s more. B&B buzz is that Katie (Heather Tom) will be involved in Wyatt’s decision to withhold the truth from Liam. The Bold and the Beautiful spoilers reveal two shocking things will occur during the week of May 14. Katie will propose that Wyatt “strike a deal with the devil,” and Wyatt will threaten Bill.

Here’s how it could all go down. Katie and Wyatt have been tiptoeing around Bill (the devil) long enough. They’ve called off their own engagement in order to appease Bill, who threatened to take Will (Zane Alexander Achor) away from Katie if they didn’t do so. They’ve had to resort to sneaking around behind Bill’s back (which they kind of enjoy, but that’s beside the point). 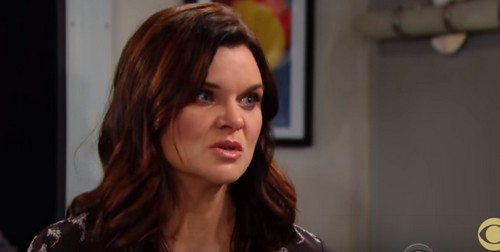 Perhaps Katie will see an opportunity for a strategic alliance with Bill once she learns about Bill’s role in keeping Liam and Steffy apart. Katie might suggest that she and Wyatt keep Bill’s secret in exchange for Bill’s blessing on their engagement!

At any rate, it appears that Wyatt will be the one to broker the deal with his father. Will Bill agree to such a deal? Is Steffy so important to him that he would allow Wyatt and Katie to get re-engaged? One thinks he might – after all, he seems pretty obsessed with Steffy and even named his yacht after her! Stay tuned to the CBS soap and don’t forget to check CDL often for the latest Bold and the Beautiful spoilers, updates, and news.