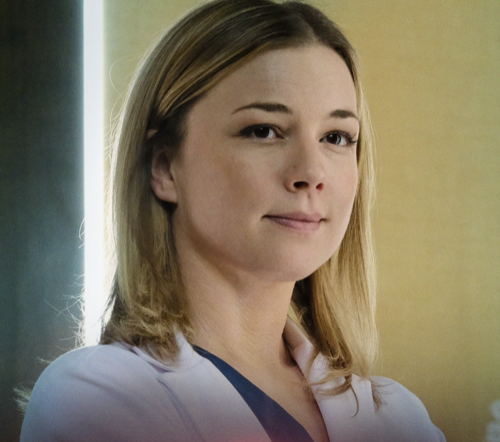 Tonight on FOX their new medical drama The Resident airs with an all-new Monday, March 19, 2018, episode and we have your The Resident recap below.  On tonight’s The Resident season 1 episode 8, “Family Affair,”  as per the FOX synopsis, “Nic and Conrad decide to admit a homeless Jane Doe, whom they suspect was dumped off by another hospital during Chastain’s big Charity Ball. Elsewhere in the hospital, Devon and Irving care for a male escort who offers surprisingly good advice.”

The Resident season 1 episode 8 airs at 9 PM – 10 PM ET on FOX. Make sure to bookmark this spot and come back for our The Resident recap! While you wait for the recap make sure to check out all our television recaps, news, spoilers & more!

A homeless woman wandered into the hospital in need of help on tonight’s all new episode of “The Resident”.

The woman wasn’t in the right state to reveal her name or what was wrong with her though she kept repeating that something was in her head and unfortunately that’s all she said when she wandered right into the hospital’s gala. The hospital had been throwing a fundraiser for their new surgical unit. The new unit was a pet project of Dr. Bell’s and he wanted to get it off the ground, so he was showing off Mina. Mina was one of the younger surgical interns that could go much further in her career if this unit worked out and so Bell had believed Mina would have done everything to make this work out. And it turns out, he had been wrong.

Mina was her usual self therefore she had a lot of attitude and had told everyone at the gala that she was only there because she was black. So Mina wasn’t going to help Bell with his fundraiser and the homeless woman showing up hadn’t looked good. The doctors all had to move in to check on the patient and Bell had loudly stated that he would give this woman the best of care however Conrad and Nic knew he hadn’t meant any of that and had still gone ahead with treating this woman. The woman was properly named a Jane Doe and Doe hadn’t been on anything. There wasn’t any alcohol or drugs found in her system.

Jane Doe also wasn’t crazy. She had been checked out by the psych department and they didn’t believe she was suffering from a mental condition, so the only thing that could have been wrong with the patient was medical. Conrad and Nic had admitted Jane into the hospital and they ran several tests on her before they found something. They found evidence that the patient had been admitted to another hospital and that hospital wasn’t allowed to release her back out on the street when something was clearly still wrong with her, but they could do was drop her off at another hospital and Nic had had a good idea about which hospital would try to pull off that crap.

Nic had talked to Conrad about how Jane Doe wasn’t the first patient that had been dropped off at their doorstep at another hospital and they were trying to figure out their next course of action when Bell caught them. Bell and Hunter had been showing the donors around the hospital to up their annual contribution and so it had caused both of them to pause when they saw Jane in a warm bed. That bed costs money and the hospital didn’t want to waste money on some homeless woman and so they told Conrad and Nic to hurry things up. They didn’t want to waste anymore resources on the patient and had quickly gone back to their donors because they hadn’t cared what happened to Jane.

Conrad and Nick however hadn’t cared about their orders. They had just wanted to treat their patient and so Conrad had called in Devan to help with the other patients. The other patients had consisted of one former patient that had recently gone through a heart transplant, a male escort that had gone through a window of glass, and a whole bunch of people with both small and large complaints. Therefore, it had been a busy night for everyone. The doctors were checking on people and Devan had begun checking up on the male escort that proved to be surprisingly insightful. The gigolo had sensed from the very beginning that Devan was having problems with his parents and he was.

Devan had been called away from a painful dinner with his parents. His parents were good working people and they hadn’t liked that the bride’s family was paying for most of the things for the wedding. The wedding, by the way, was going to be small and so Devan had told his parents what they could pay for yet they wanted to do more because they didn’t want to accept much from Priya’s family. Her family had money and was naturally in a higher caste than Deva’s family, so that meant a lot to Devan’s family that immigrated from India. There was a different way of life there and Devan’s parents came from an older generation. And so they hadn’t wanted anyone to look down on them.

It took the gigolo pointing that out to Devan to make him realize that he was being hard on his parents. They meant well for him and hadn’t wanted Devan to be ashamed of what they managed to accomplish, Channing had also pointed out that Devan’s parents couldn’t meet their in-laws for the first time at the wedding. That would be a disaster and could only hurt his parents’ feelings when what they needed instead was for Devan to acknowledge them. They had actually gotten tired of waiting for that and had ended up going to the hospital to see him. Devan hadn’t wanted them there and had almost gotten into a fight with them.

In the end, Devan just allowed them to stay. He told them that they could wait in the room upstairs for families and they instead went to the gala. The gala had free food and so the parents had enjoyed themselves. They even introduced themselves to Conrad when they saw him and had thought he was a nice man though he did have to rush off on them. Conrad had been working with Nic on Jane Doe when they found out her name. She was Sarah Ravenscroft of the Savanah Ravencrofts and her family were both billionaires and philanthropists. That meant Sarah, formerly known as Jane Doe, just went from an undesirable to a VIP.

Bell had even wanted to keep Sarah at the hospital and so he had gotten rid of the other hospital that had dropped her off at their doorstep. He then wanted to find the best treatment for Sarah and that was almost put in jeopardy when her family found out where she was. They had wanted to transfer their daughter to a hospital that was the best for the mentally ill and hadn’t believed Bell or anyone else when they said they didn’t believe their daughter was a schizophrenic. They said that their daughter had been diagnosed by the best of the best and so Bell held them off while Conrad found out was what was really going on.

He and Nic had been confused at first, but they later proved that their patient Wegener’s. It was an Autoimmune Disease and it gave Sarah the symptoms that had many believe she was mentally ill and so informing Sarah’s parents that she had a disease that could easily be cured had been a godsend. They thought they had lost their daughter and within hours they got her back. Sarah woke up after being treated and she had been reunited with her parents who apologized to her. She always said she wasn’t crazy and she had been right the whole time. And so Sarah was a success story and Bell said he tried to get money from her parents a little later that day.

Now Devan had been forced to realize that his parents were great people. His father had his own cab and had put his son through medical school which was an impressive thing, so Devan later apologized to them and he said he could arrange a meeting between them and Priya’s parents.