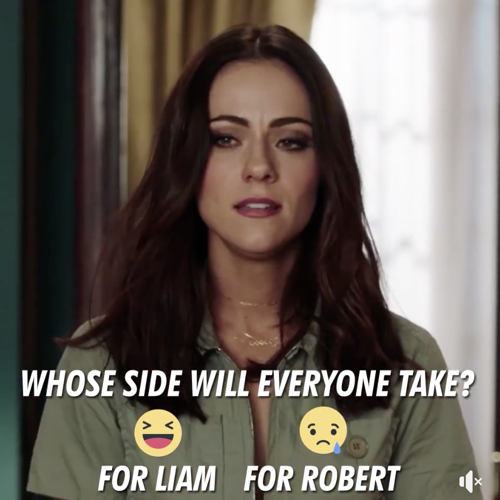 Tonight on E! The Royal’s airs with an all-new Sunday, March 25, 2017, Season 4 episode 3 and we have your The Royal’s recap below.  On tonight’s The Royals season 4 episode 3 called, “Seek for Thy Noble Father in the Dust,” as per the E! synopsis, “Liam makes a big move with the evidence he has on Robert; Eleanor uses her status to help others; and Helena finds herself at the center of a new scandal.”

Robert needed bride on tonight’s all-new episode of “The Royals”. He was young, king, and needed to continue to the succession, however, Robert had to be careful about the woman he would one day marry. He couldn’t afford to have her attached to scandal and she needed to know how to handle herself because she was going to be more than just a wife. She had to be a queen that the people could love and so Robert had his team compile a list. They had put together a list of women that would make great queens and Robert had even added a name to that list. He added Willow because he liked her and thought she could make a wonderful queen.

Robert had told Willow all of this because he thought she would want to be queen and she had surprised him when she said she didn’t wish to be queen. She thought that would be sacrificing a large part of her life and she wasn’t sure if she could tie herself to someone she didn’t really know for the rest of her life. Willow had wanted to fall in love with the man she was going to marry and so she had agreed to at least let Robert make his case. He had proved to her how well he has gotten to know her by telling her things she did and didn’t even know it and had also told her about how he saw her, so Robert had made his case and Willow hadn’t been convinced.

Willow hadn’t wanted to be at the top of his list and so she helped work with the other women to see if they could be better for him. Robert later went on a date with all the women and each time they did well he’d advanced to another part of the date. He would first walk with them through the gardens, then have them over for lunch, and the final test would be how they handle the media. Robert would have a group of fake paparazzi waiting outside of the palace and it was their job to harass these women until they broke which worked with quite a few of them. They hadn’t liked hearing about their lesbian college experience or about mummy’s arrest record.

The long list of brides was eventually shrunken to the point that there was only one person that had truly impressed all of them. Her name was Cassandra and she was the whole package. She was beautiful and clever therefore there was nothing wrong here. That is nothing wrong until Willow found something to nitpick over. She said that Cassandra was wrong about the best noodle place in town because she knew the best place and it was over on Greenwich, so Willow found a flaw in Cassandra’s persona and she kept finding problems. She also said Cassandra was a little too calculating and Helena who had been sitting in on that meeting said that was the same thing the press said about her.

Helena had been deemed calculating when she was dating Simon and so Robert couldn’t help laughing at that one. He and Helena both agreed that Cassandra was great and they were discussing her other merits when Liam burst in. Liam had found the evidence he thought was enough to convict his brother of murder and so he had wanted to confront Robert with it. He burst into the meeting and had told Helena everything he found. Like how Robert had been making payments to Ted Pryce for years and that he hid on the island because he probably been waiting until Ted killed their late father to return.

Except Helena knew about the payments. She told Liam that everyone knew that Robert was making payments to Ted and that he was doing it because Ted lost his wife while on the job. Helena said that they had all felt sorry for Ted who had been left a single father and so they had all been proud of Robert for doing something, but Liam hadn’t wanted to believe her and he went on to accuse her of lying. He told her that she would say anything to protect Robert because the two had always been close and that of course, she cover up Simon’s murder because she hadn’t loved him like she pretended to.

Liam went as far as to accuse Helena of working with Robert to kill the late king and had pulled a gun on them to get them to confess to their crimes however he looked and was acting crazy so Eleanor acted. She snuck behind him and knocked him out with a vase. Eleanor had apparently been told everything by Jasper. Jasper was still in the hospital and he saw Eleanor put together this amazing party for a sick teenager on another floor so that he think about what he was doing. He had helped Liam compile his “evidence” and had even tried to talk Liam into confronting Robert privately as a way of not hurting anyone else in the family only he eventually told Eleanor about everything because he hadn’t wanted to see her hurt.

That had been enough to get her to forgive Jasper yet Robert was a whole other story. He had known that Jasper couldn’t be trusted and had waited to make a move against him. Robert instead focused on Willow because as he later revealed he still hadn’t given up on her becoming his queen and he decided to win her over with noodles. He got noodles from the place she liked and had dinner with her to help take her mind off Liam. Liam had been her friend and she saw him nearly kill his brother. She admitted she hadn’t known why Robert was so calm and he said that he spent most of his life hoping Liam wouldn’t turn into Cyrus.

Cyrus had been jealous of his brother for all of his life and had manipulated his way into inheriting the crown, but Cyrus’s brother had always overlooked what he did and Robert said he wasn’t going to do that anymore with Liam. Liam on his part had gotten a talking to and he realized that he couldn’t spend his life on wanting to destroy Robert. Robert hadn’t been the one to sleep with a girl just to get to her father and Robert hadn’t pulled a gun on his family members because that had all been Liam. Liam had wanted to be a better man than that and so he told Cyrus that he wasn’t going to keep going after Robert. And Cyrus asked, “why not”?

Cyrus hadn’t cared about the truth. He wanted to use the Ted Pryce story to take down Robert and had told Liam that he shouldn’t have wasted so much time on him if he couldn’t help. Therefore, the grand conspiracy to take down Robert had failed. The team that tried had broken up and were willing to move on through Robert decided to act when they least suspected it. He chose that same night to stage a blackout through all of London and then left Jasper’s ambulance in the middle of South London during a riot!