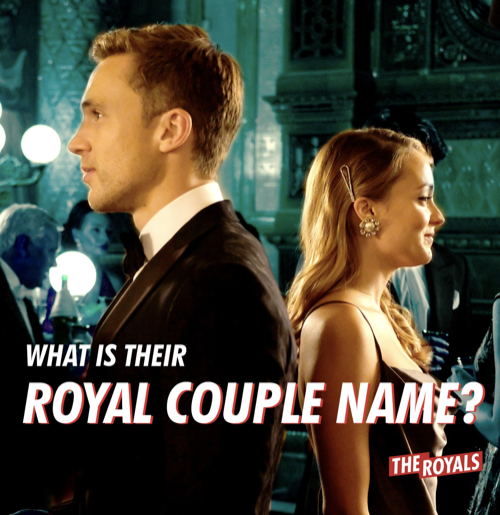 Tonight on E! The Royal’s airs with an all-new Sunday, April 22, 2017, Season 4 episode 7 and we have your The Royal’s recap below.  On tonight’s The Royals season 4 episode 7 called, “Forgive Me This My Virtue,” as per the E! synopsis, “Eleanor enlists Jasper’s help for one of her covert missions. Helena begins a new chapter at a royal event where the press attacks Willow. Cyrus meets an unlikely ally.”

Eleanor was playing a dangerous game. She was stealing from her own family to give expensive gifts to people she felt needed them and she knew they needed them because they were writing her letters. The letters were supposed to go to Eleanor’s charity and that meant there was a perfectly legal way to help these people, but Eleanor hadn’t wanted to deal with all the red tape. She said it would take forever to get help where it needs to be and so she took a cue from Jasper’s family. They were technically a den of thieves and Jasper’s father had even shown her how to pick a lock which was how she was getting her hands on all the good valuables. And so Eleanor soon gained a name for herself.

The people she was helping were calling her Robin Hood like in the story. They knew Eleanor was stealing from the rich to give to the needy and that made Eleanor feel proud of what she was doing yet Eleanor’s boyfriend hated it. Jasper thought the whole thing was dangerous and the fact Eleanor got hurt the last time she went out was cementing Jasper’s hatred for what she was doing. Eleanor was tasking a lot of risks in what she was doing and falling over on sharp objects was just one of them. She could have gotten hurt a lot more than what she did and so Jasper asked her to stop. He said that if he was doing all he could to make peace with what her family has planned for them that the least she could do was give up “Robin Hood”.

Now Eleanor hadn’t liked that. She thought Jasper was being dismissive of what she was doing and had hated it when he called her naive for wanting to believe the people that wrote her were as genuine as they made themselves out to be though arguing with Jasper usually lead to just sleeping with Jasper. Jasper had a point and he knew it. He was getting knighted and was dealing with her very stuck-up brother Robert. Robert had found a way (secretly that had been Earl Frost’s way) of making Jasper’s relationship with Eleanor more acceptable and he expected Jasper to fall in line. That’s why Jasper got a new wardrobe and a new watch that was a lot more expensive than the one he normally wore.

Jasper had complained about everything to Eleanor and she told him that him getting knighted would make things easier. In other words, she wasn’t about the same in supportive of his complaints that he was of her antics. The two had tried to ignore their partner’s worst traits and that worked until Eleanor needed her boyfriend’s help. She had gone to him after she realized she had given away a very important gold pen. The pen had belonged to her father. Queen Helena said it was the pen that Simon signed their wedding certificate, the birth certificates of his children, and had signed plenty of diplomatic treaties. Helena said she even began using it after Simon died because she wanted to keep the tradition by signing documents for charities.

Eleanor hadn’t known any of that when she stole the pen. She gave it a family and had needed to steal that pen back, so she asked Jasper for his help and they broke into the family’s house. They were hoping to be in and out of there before anyone knew it only the family returned home early. The family came back and then they wanted to watch the ceremony celebrating Simon’s legacy on the television not knowing that Eleanor, as well as Jasper, needed to be at that ceremony. It was the event Jasper was going to be knighted and eventually people were going to be wondering where they were. And in the meantime, the press was being very mean to Willow who attended the ceremony as her first event as the future queen.

Willow had been advised to create a royally aspirational story of herself by Helena. Helena said that people wouldn’t understand nor appreciate the tale that Willow wanted to tell about how she was an ordinary girl and Willow had ignored Helena’s advice because she thought Helena had been wrong. And she hadn’t been! Helena had stood back while Willow did her anything and had even accepted it with quick dismissal when Willow said her ways were outdated. Helena had accepted this because she knew Willow’s plan was going to backfire and the queen smiled the entire time the media dragged Willow. They called Willow a common girl and how she didn’t deserve the king because she must have trapped some way.

Willow had apologized to Helena and had said she was wrong, but Helena still wouldn’t help her and so Liam did. He announced he was dating Kathryn to take some of the pressure off of Willow and Willow had been grateful. She was glad that Liam could be counted as a friend and so the only problem she had with what Liam did was that it involved Kathryn. Kathryn had slept with Robert and Willow claimed that’s why she didn’t like Kathryn while Robert had had his own idea. He suspected his fiancée didn’t like Kathryn because she was still secretly in love with Liam and so Robert set out a plan. He told Kathryn he missed her and then lured her into going against everything she believed in by going to his room because she thought he still loved her.

Robert had only done what he did to get her to the room and then he had Liam witness Kathryn telling Robert that she wanted him back. It had been cruel on Robert and at the same time, it had also been strangely helpful. Liam now knew he couldn’t trust Kathryn and he quickly ended things with the girl he was in love with. Liam had also wanted to blame Robert and Robert claimed he did what he did to show Liam that Liam deserved better. Liam, on his part, had been so upset that he eventually thought Robert did love him and want to protect him. So he decided to be brothers again with Robert and they were going to put the whole Kathryn episode behind them. And while the brothers were growing closer for better or for worse, Eleanor revealed her secret.

Eleanor had to reveal she was Robin Hood to get both her and Jasper out of the house so that they could make the ceremony in time, so her boyfriend was now a knight and Eleanor’s secret would soon be everywhere.

The only good thing to come out of all of it was the fact that Eleanor became a lot closer to her mother once she returned that pen to Helena.

And while everyone had forgotten Cyrus, he was off making friends at the embassy that granted him asylum.