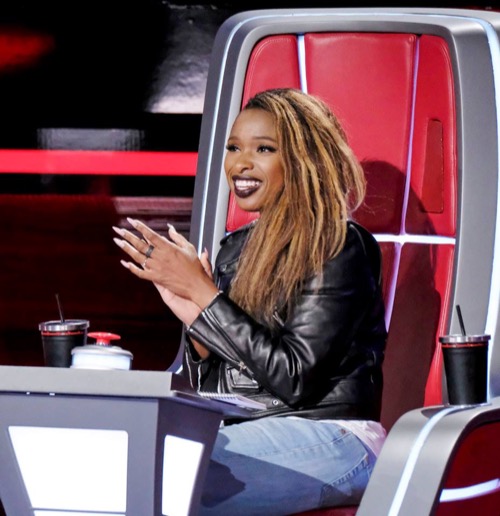 Tonight on NBC’s Emmy Award-winning musical competition The Voice airs with an all-new Tuesday, October 23, 2018, season 15 episode 10 and we have your The Voice recap right below. On tonight’s The Voice season 15 episode 10, called, “The Battles, Part 4,” as per the NBC synopsis, “: The “Battle Rounds” conclude as the coaches enlist music industry powerhouses Keith Urban, CeeLo Green, Halsey and Thomas Rhett to prepare their artists for the battle rounds.

Tonight, Kelly’s final pairing brings the sass for an upbeat performance, then Blake’s artists personalize their songs. Jennifer’s two youngest artists take the stage and Adam’s pairing closes the night as they take on an R&B classic that leave the coaches in awe.”

Kelly Clarkson with her advisor, Thomas Rhett work with Sarah Grace and Erika Zade as they prepare to battle against each other. Erika shares that she got her musical passion from her dad and Sarah from a condition that she has where she sees colors when she hears music, her favorite is blue. The song they are singing is, “No Roots” by Alice Merton. Coaches Comments: Adam: “Sarah you have this sass face, it’s really kind of cute. I thought you did some of the heavy lifting with the big notes. I wanted to hear more from Erika, but you both did a fantastic job.” Blake: “You both have incredibly faces. Erika, you did this well, you have a softer voice that has control. Sarah has the attack and control, I would probably pick Sarah.” Jennifer: “I love the innocent you put into Sarah. Erika, I enjoyed it. Both your superpowers rise and shine.” Kelly: “Erika you have this really cool intense thing that is so rad. You both had different attacks on how you performed.” Kelly chooses Sarah Grace as the winner of this battle.

Blake Shelton and his advisor, Keith Urban get ready to mentor Kayley Hill and Kameron Marlowe. Kayley lives in Nashville and has been singing a lot before the blinds. Kameron was selling car parts back home and is really excited for his chance to show what he can do. For this battle, Kameron and Kayley are singing, “Only Want To Be With You,” by Hootie and the Blowfish. Coaches Comments: Jennifer: “Kameron your voice just stands out, you sing so comfortable and you Kayley, you play in sync. I thought you guys were amazing but I have to go with Kameron.” Kelly: “You represent different styles of voices, that was a really cool arrangement. I loved it. I would choose Kayley.” Adam: “Kayley you are mega talented but it almost like Kameron was free, so I have to give it to him.” Blake: “Kameron choose not to play the guitar, but it was cool that they both figured it out.” Blake chooses the winner of this battle, Kameron.

On Team Kelly, Claire De Jean vs Josh Davis battled it out to “All This Love” and Claire was chosen as the winner of the battle.

On Team Blake, Caeland Garner vs Kirk Jay battled it out to “Let It Rain” and Kirk was chosen as the winner of the battle.

On Team Jennifer, Kennedy Holmes vs Lela battled it out to “Battlefield” and Kennedy was chosen as the winner of the battle.

Adam Levine and his advisor, CeeLo Green get ready to mentor Deandre Nico and Funsho. Deandre’s family lost everything in a hurricane, but he hasn’t given up and is here to show the world what he can do. Funsho is from Nigeria and his parents have sacrificed a lot for him, he just wants to make them proud. Deandre and Funsho will be singing, “Can You Stand The Rain” by New Addition. Coaches Comments: Blake: “That is what we hope for in these battle rounds, two incredible vocalist making great music and laying it all on the line, congratulations.” Jennifer: “Deandre, you sang the hell out of that song. I could tell you did your homework. Funshow, you are like a piece of New Addition. I was in it, you took me back it.” Kelly: “It was fluid, you both have very different voices. Adam has a hard choice, I would go with Deandre.” Adam: “My dudes, you guys really stepped up. We made one of the best battle rounds this season.” Adam chooses Deandre as the winner of this battle.