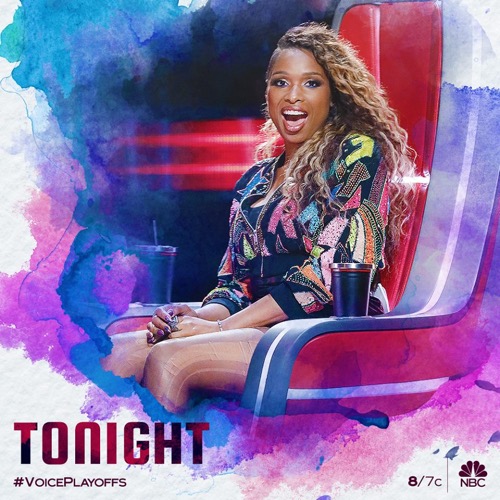 Tonight on NBC’s Emmy Award-winning musical competition The Voice airs with an all-new Monday, November 12, 2018, season 15 episode 15 and we have your The Voice recap right below. On tonight’s The Voice season 15 episode 15, called, “Live Playoffs Top 24,” as per the NBC synopsis, “The remaining artists perform in front of coaches Kelly Clarkson, Jennifer Hudson, Adam Levine and Blake Shelton for their chance at a spot in the Top 13. During the first night of the Playoffs, The Top 24 artists will all perform live. The Voice “Fifth Coach” Kelsea Ballerini will also make an appearance during the live show.”

The show was live for the first time this season with tonight’s all-new episode of “The Voice”. There were twenty-four traditional contestants this time around and one from the brand new online version of the show called “the Comeback Stage”. But each of these talented young men and women needed their own fanbase. They needed people at home to vote for them and to keep them in this competition. Therefore, now wasn’t the time for anyone to sit back and let this process pass them by. Not when the contestants needed each and every count that came there way because as we’ve learned with several elections now – all votes truly do count.

The first team up was Team Blake. He had Michael Lee come out to start the night and he was followed by both Dave Fenley and then Natasia Greycloud. Team Blake had wanted to kick off the night with some of his strongest talents and it definitely set a tone that would be hard for anyone to follow. Only Team Blake still had plenty of acts to go through and so the next one had been Chris Kroeze with “Have You Ever Seen the Rain”. It was a song that audience was familiar with and one in which they could clap along with, so he saw some good feedback with this song. And after he went up it was Funsho with “How Long”.

Again, it had been great song selection because the audience got to be involved. Blake was also enjoying himself through his protégés performances because there was not a time that he hadn’t stood up to give each and every one of them a standing ovation at the end. He did so again with his favorite Kirk Jay who sang “One More Day”. The song had been great for Kirk Jay and while it wasn’t something that the audience could get involved in they still cheered for him because he just had one of those voices. And so Kirk was a great way of finishing out Team Blake’s turn on the stage.

The next team had been Team Kelly. Kelly loved her team and how they represented so many different genres, so she had been looking forward to who brought their “A” game. She wanted to be impressed and she was instantly taken with Abby Cates’s performance. The teenager sang “Next to Me” and it got Kelly on her feet. The judge wasn’t shy about cheering on her team and she did it with everyone. Which included Keith Paluso who somehow turned “Someone Like You” into a song that sounds like it was originally created just for him. He showed originality when he did that and that’s what this competition looks for.

Sarah Grace had gone next. She had been saved by Kelly in the battles and she chose the song “When Something Is Wrong with My Baby” for her performance tonight. It had fit her somewhat old jazzy voice and it allowed her to show off her skills on the piano, proving that she was quite versatile. Next, it had been Zaxai. He sang “When I Need You” and his falsetto was still one of the greatest ones around this season. Zaxai sounded great and he had such a stage presence that people couldn’t help smiling whenever they saw him. He was a great talent and he was a favorite of Kelly’s who wanted him for her team from day one.

The last two vocalists to close out Team Kelly had been Kimberley Joy and Chevel Shepherd with Chevel going first. She went back to her country roots and sang “Grandpa, Tell Me about the Good Old Days”. It had been a great choice for her and her voice, as well as her stage presence, has improved since her first audition back during the Blinds. So much so that all four judges had given her a standing ovation. Then had come, Kimberley. She decided to add a little more drama to her performance and sang “Radioactive”. Again it had been a perfect fit for her because she knew how to give a performance on the stage. And she had been electric with the Imagine Dragons song.

Team Adam had gone next. Adam had a lot of surprises on his team and some of the other judges thought he was the dark horse that would sneak up on them. The first one from his team to perform was Steve Memmolo who sang “Yesterday”. He had an old voice and it actually fit the song quite perfectly. The next one had been DeAndre Nico. The soulful singer chose “Ordinary People” and his performance stood out because he hadn’t needed to travel around the stage. He simply sat down on a chair in dead center and sang his song from there. And that didn’t stop his voice from doing all the traveling it needed to.

Radha had gone up after the commercial break. She chose the song “Dust Till Dawn” and her voice was unique enough for the song to sound natural with her voice. So she got lucky there! Sia’s music could be hard for people if they didn’t do enough or tried to her almost folksy music bend to their will. After Radha, it had been Kameron Marlowe’s turn. He was a true country rocker and it showed with his song selection. He chose “I Aint Living Long Like This”. It allowed Kameron to hit those high notes and he got to highlight the fact he plays his guitar. And so all in all this song had been perfect for him.

Tyke James had gone next. He chose the song “Use Somebody” and he had gotten quite emotional. Tyke allowed his voice to break during the song and it allowed an emotional connection with his audience (who already loved him for his looks). But Adam had definitely arranged for his singers to play it to the strength and that could be seen even with his last vocalists. Reagan Strange was one of the youngest singers this year and she chose a very adult song like “Worth It”, which was about heartbreak and something she couldn’t possibly have lived there. And somehow it worked for her because she has such a great voice.

The last team to go up was Team Jennifer. Jennifer told her singers to go out and have fun because she knew this might be their last chance to make their mark, so she wanted them to enjoy as it as much possible. And that’s what the first one on her team did. Patrique Fortson and sang a song made popular by Chaka Khan. He sang “Aint Nobody” and it instantly put everyone in a great mood. They were dancing to Partrique and then McKenzie Thomas slowed it down for them. She sang “I Believe in You and Me” and she hadn’t started the song off on a ten. She worked up towards those high notes and gave a very strong performance. So much so it didn’t make sense that she had been a one-person turn.

Franc West kept up the upbeat atmosphere when he performed “Apologize”. He had made the song his own and it had even sounded like an original because it had been that good. Franc also showed off his piano skills and so that was something people remembered when they chose the Top 13. Next up had been Sandy Redd. She was known for full-on performances and she had actually decided to take things slower this time around with “No More Drama”. She showed a gentler side of herself with this song and it had been one of her strongest performances yet. And you know what everyone had enjoyed it, even the judge that was now kicking herself for letting Sandy Redd loose.

Up next was Colton Smith. He was the one that Jennifer had stolen back after she lost him and she’s always had a soft spot for him. Colton sang “Scared to Be Lonely” and it had been a great song for him. It had served to redeem him after his performance last week took a bad turn and so hopefully this was the performance that would stay with everyone. The last contestant to go up was Kennedy Holmes. She was the youngest singer this season and she chose to tackle a Beyoncé song. She sang “Halo” and it had been a flawless performance. She had such control over her voice that no one else had and it made her stand out.

And who knows, Kennedy could be the one to win this year.