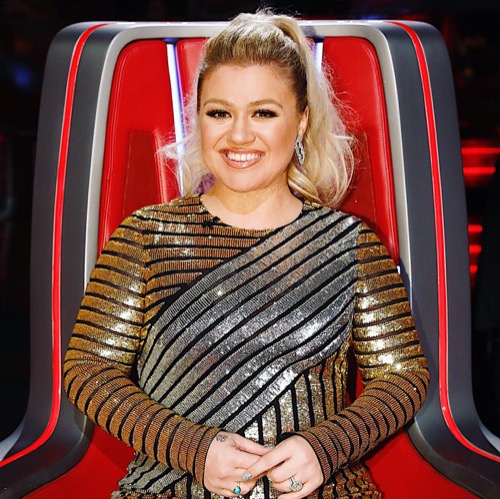 Tonight on NBC’s Emmy Award-winning musical competition The Voice airs with an all-new Tuesday, November 26, 2018, season 15 episode 19 and we have your The Voice recap right below. On tonight’s The Voice season 15 episode 19, called, “Live Top 11 Performances,” as per the NBC synopsis, “The top 11 artists perform live in front of coaches Kelly Clarkson, Jennifer Hudson, Adam Levine and Blake Shelton for America’s vote. The artists will perform songs selected by fans who have submitted via Xfinity’s “Suggest-A-Song” feature in The Voice Official App.”

Tonight’s all-new episode was called “Fan Night”. The fans have been with some of these contestants from the very beginning and it was only fair that they were rewarded for such loyalty. They got to choose the songs for their favorites and, well, some of their song selections were a bit out there. The first contestant to be tested was Dave Fenley. He was a country musician and the song he was sinning tonight had him through in some of his beatboxing. It was some outside the norm for him that his coach thought it would truly show off Dave’s other skills. He was given a song that had a more jazz tune and he killed it both in practice and out on the main stage. Dave had fun with his song and the coaches said that’s what made his performance significantly.

The fans had got it right with Dave and they went on to repeat their success with pretty much everyone. Chevel had gone next and her fans chose a country song that was halfway between some of the older stuff that Chevel loved but was still new and has some modern flair to it. So it had been the perfect song for her. Chevel had enjoyed rearranging it in practice and she showed how far she’s come since she now better understands her own strengths. She knew when to reach for the higher note and when to allow it to mellow. Chevel gave another great performance and her coach said one of the things that made it so great was that Chevel never lost the art of story-telling. She could literally sing a song about anything and make the audience feel it.

After Chevel had gone, it had been Reagan’s turn. Her fans call themselves “Strang/ers” and they loved the unique take of her voice. They thought it would fit the song “Complicated” and the song was actually deceptively difficult. It demanded a lot of Reagan’s voice and she had needed some help from her coach. He helped Reagan with attacking the song her way and that’s what gave her the confidence she needed for the stage. It resulted in another great performance from the teenager and the coaches couldn’t stop singing her praises afterward. They had a voice that could fill the whole room and she managed to make the song sounded like it was written just for her. She impressed with what she did and, while she had been tested, the song hadn’t defeated her.

The next one had been a godly experience. Kymberli Joye was someone that grew up singing in the church and she’s never shied away from how important her faith is to her. Her fans could see that each and every time they watched her through tonight they wanted Kymberli to bring some of that back. They gave her a traditional church song and Kymberli did great things with it. She sang with a choir at her back for her performance and it all made for such an amazing performance that Jennifer Hudson couldn’t stop saying how impressed she was. She said that Kymberli made everyone feel the gospel and Kymberli’s own coach probably gave one of her greatest compliments when she said Kymberli’s voice reminded her of Jennifer’s.

And once Kymberli Joye had finished showing everyone that God was a woman, it was Kirk Jay’s turn. The fans have really taken to him and they gave him a modern country song. It had been a rock vibe to it and it also allowed Kirk to show some of those dance moves. He still has that part country/part r&b to his voice and it was highlighted quite well with his song. Kirk even had some fun with it. He danced around on the stage and played to the fans. He also just flat-out enjoyed himself and so his performance was fun for everyone. His coach said that Kirk gives a Grammy Award performance each and every time and he hadn’t been wrong.

Chris Kroeze went next. He was another country musician and he’s been a lot of traditional songs lately yet his fans never forgot his true passion. They knew Chris was a southern rocker who Blake turned towards the country and so they decided to give Chris something he was more familiar with. He was given a song that showed off his rocker vibe and had some of that seventies country rock to it. And, you know what, Chris loved the song. He had been so happy to return to his roots that it could be heard in his voice and so that made Blake happy. His coach truly got the chance to grasp what Chris was capable of and now he understands where Chris wanted to with his music. And so the fans really came through for Chris because they did more than they expected for him.

The next contestant to hit the stage was Lynnea. She was the Comeback Kid and she’s proven her talent ten times over since then. Lynnea was given a more jazzy sort of song and played off of some of the tones in her voice. She has great range and she gave another great performance. It was perhaps not of one her strongest moments and so she was going to need her fans to turn out for her. They needed to vote while they could and they should probably get started on that by the end of tonight because each contestant needed as much support as possible.

With Lynnea finishing her night, it was MaKenzie’s turn. She had tried out for the show in the past and was rejected when no one turned around for her. So her chance this year was her second chance. MaKenzie wanted to be able to impress the judges and stay true to herself so her fans picked the perfect song for her. They chose a BeeGees song and it showed off a softer side of MaKenzie’s voice. She showed them that they she could do gentle songs and it had been truly great performance for her. The judges praised her for being so skilled that she could do anything and they likened her performance as well as the way she rearranged the song as something that Destiny’s Child would have done.

Sarah Grace had gone up next. She was the blues girl who liked to sing these really old songs and so her fans decided to mix things up for her. Sarah has a great voice and her fans believed “Dog Days Are Over” by Florence + the Machine to be a perfect fit for it. It had been another tough song for one of the contestants, but she had enjoyed the challenge and she had been happy to sing a modern song. It had been some new and exciting for her. She relied on her coach Kelly to help her get pass some of the tougher parts of the song and together they created a worthwhile performance that finally fit this young woman. And it got out from behind the piano all the time, which was something all the coaches enjoyed.

DeAndre Nico went after Sarah and he gave another soulful performance. His fans gave him another song that was smooth like butter and it showed off DeAndre’s voice. He just does great things with love songs and so the one thing he needed to work on during practice was letting go a little more. His coach thought the performance needed DeAndre to be less relaxed about it that he normally was and so he learned to let go. DeAndre went out there and gave the song his all, and it did great things for his performance and it added something to the song itself. He was a great singer and going forward he just needed to remember to stop constraining himself.

Kennedy Holmes had been the last act of the night and so the fans gave her a truly great song. They gave her the Whitney Houston song “Greatest Love of All”. The fans had so much faith in Kennedy a tough song and so all Kennedy needed to do was work on rearranging it. And for that, she had her coach. Jennifer thought they should use different parts of Whitney’s music as an introduction and so Kennedy ended up singing the song like she was about to sing “I Will Always Love You”. She began off slow and over time the band came in, in such a big way that it added to the performance. Kennedy was most of the talented vocalists this season and her performance never fail to get all four coaches up on their feet for a standing ovation.