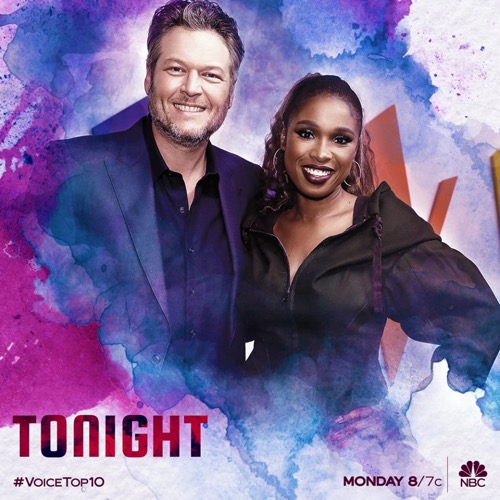 Tonight on NBC’s Emmy Award-winning musical competition The Voice airs with an all-new Monday, December 3, 2018, season 15 episode 21 and we have your The Voice recap right below. On tonight’s The Voice season 15 episode 21, called, “Live Top 10 Performances,” as per the NBC synopsis, “The top 10 artists perform live in front of coaches Kelly Clarkson, Jennifer Hudson, Adam Levine and Blake Shelton for America’s vote. Blake Shelton performs.”

The Top 10 gave it their best as they tried to advance to next week semi-finals on tonight’s all-new episode of “The Voice”.

The first vocalist was Kennedy Holmes from Team Jennifer. She was the youngest artist this season and surprisingly she hasn’t gotten the chance to do anything fun. Kennedy mostly stuck to ballads and so her coach decided to change things up. Jennifer gave her the Megan Trainor’s song “Me Too”. It was a pop song and it also meant Kennedy got to dance. She’s been trained to dance since she was young and this song allowed her for the first time to show that off. And Kennedy really did take to the music, she had her own dance routine and she was smiling all throughout the song because she was just being a kid.

Kennedy started out as a favorite amongst the judges and there’s nothing about that that’s changed. The judges all loved this song/routine and they especially loved seeing this other side to her. They said the sudden change was quite a powerful one and some even went as far to say they were jealous because they weren’t half as cool when they were thirteen. Only Kennedy made everything she did look effortless and so she was the real threat this season. She could try anything at this point and it wouldn’t change what the judges thought about her. And so the only person that seemed to be her biggest threat was Reagan Strange.

Reagan was older than Kennedy by a year, but she had embraced other genres right away and so the judges were never in doubt about her range. She was a strong competitor for Team Adam and it just so happened that she went on right after Kennedy. Reagan had chosen a song from Faith Hill for herself and it actually was quite a personal song from her. It was about heartbreak and it had reminded Reagan of when her parents split up, so it had been a very emotional song from Reagan and she still managed to hit all those high notes that came with it. She had, in all honesty, knocked this song out of the park and it turns out she went up a higher range than Faith Hill originally did.

Reagan’s coach had been proud of her for what she accomplished and so he had bragged about what she did. She had shown tremendous control over her voice and her walk into more country genre had gone off very successfully for someone so young. It had gotten Blake’s attention for one. Blake was still smarting because he wished he had gotten Reagan on his team and so if he could steal her from Adam he would. Blake ended up playing one of his songs for the audience afterward and he showed his potential country stars how it was done. The other judges will all get their chance to perform eventually and so they were now going to try to one-up their fellow judge.

But back to the competition. The third vocalist for tonight was Sarah Grace. She was sixteen and had an old soul. She liked to sing older songs and she wanted to put a modern jazz twist on a classic. The classic song she was singing was “Amazing Grace”. It was quite a patriotic song and it was usually sung one way, only Sarah managed to turn this simple song into so much more. She came out with stank face and gave this song soul. She even threw in a trumpet solo and somehow it worked because of its new jazz vibe. And so Sarah Grace was such a multi-talented artist that it didn’t seem fair that she wasn’t getting as much love as everyone else.

Kymberli Joye followed her teammate Sarah Grace with some more gospel. She had blown everyone away with her performance last week and so her coach wanted her to follow that up with an even stronger performance. Kelly and Kymberli Joye decided on the song “Oceans” by Hillside United and it had the touch of praise to it. Kymberli has found the genre that best fits her and when she starts singing she connects with the audience on an emotional level that the others just didn’t quite get. She was a force to be reckoned with and she makes Kelly proud each and every time she hears Kymbeli starts singing.

While Kymberli found her niche, others were still finding their way. Chris Kroeze came out of his shell last week when he returned to southern rock and so his coach allowed him to keep it up. Blake followed Chris’s lead this week and had been surprised when Chris picked a Garth Brooks song. It was pretty big shoes to fill and so the two of them worked together during practice to get Chris’s voice where it needed to be. And in doing so his whole demeanor changed. Chris was the relaxed country musician for a while and then he regained his spark recently. He was livelier onstage and he enjoyed dedicating his song for tonight to his family. It was about a man constantly on the road and Chris admitted he felt like that sometimes because his young son now believes he lives in the phone.

Chris’s change in his demeanor also brought in new fans. He had people enjoying what he did and they weren’t even particular to country music – they just enjoyed a great performance and Chris gave it to them. His performance had been him returning to form through his teammate Dave Fenley had decided to try something new. Dave decided to do something much softer tonight and so he chose the song “When You Say Nothing At All”. It required a lot from Dave and he had struggled with maintaining a soft tone because he was someone that if he did full in then his voice sort of falls apart. And so he had needed some practice before he became ready for the stage.

Luckily by the time everyone else heard the finished product, they came to love it and thought it was one of Dave’s strongest performances. Dave had a good night except there were others that left more of an impression. DeAndre Nico had gone next and he delivered a performance. His sang a more upbeat tune for the audience tonight and then left them wanting more. Almost like he was saying that they needed to buy his record before they found what else he could do! So there were a couple of nice songs and then there were performances. Performances were what drew the audience in and not everybody was good at it.

Chevel Shepherd went up next and she was called the Country Tinkerbell. She was so cute that everyone just enjoyed her energy and how happy she was. Especially her coach! Kelly loved Chevel and she wanted to bring out Chevel’s old country vibe by giving her a Loretta Lynn. Loretta Lynn was the epitome of a country and somehow Chevel made her one of her songs sound even more country. She threw in some yodeling and gave her voice over to the twang. It was a great song for her and the resident country expect couldn’t help calling Chevel cute because she really was. She was like a collectible they all wanted to take home and so the judges loved themselves some Chevel.

Kirk Jay meanwhile had returned to form. He was someone that loved a good ballad and so he went back there tonight with Chris Young’s “Tomorrow”. Kirk had been great in practice and he had been great on stage. His voice was so pure that it could win over everyone. The judges all adored him and Jennifer considers herself to be his co-coach because she was such a huge fan of his. She heaped a ton of praise on him after his performance tonight and despite not being into the country – she was looking forward to his album just as much as his own coach. And that sentiment was shared by the other judges as well because they all told Kirk that they were fans and they couldn’t wait to see more from him.

And so the last vocalist to perform tonight was MaKenzie Thomas. She had decided to go back to the first secular song she ever sang and so she performed a beautiful rendition of Celine Dion’s “Because You Loved Me”. She has a great voice and she showed once again that she could literally sing anything.