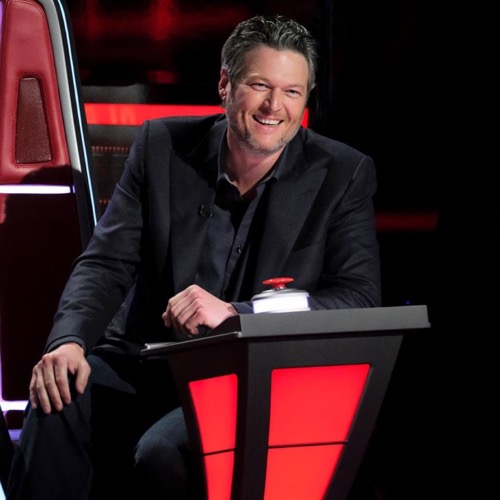 Tonight on NBC’s Emmy Award-winning musical competition The Voice airs with an all-new Tuesday, March 20, 2018, season 14 episode 8 and we have your The Voice recap right below.  On tonight’s The Voice season 14 episode 8, called, “The Battles Premiere, Part 2” as per the NBC synopsis, “The battle round continues. The Battles Continue – The couch enlist music industry heavyweights Trace Adkins, Hailee Steinfeld, Shawn Mendes, and Julia Michaels to prepare their artists for the Battle Rounds.”

First up tonight is Team Kelly with Amber Sauer and she is battling against Jorge Eduardo, they are being mentored byHailee Steinfeld. The two are singing, “Starving.”

Alicia: “I loved your energy, you were having so much fun with the song. You were dancing around him and it was cool to see the guitar, and seeing you in a different space it was cool to see you both as artists.I would go with Jorge for this round.”

Adam: “You couldn’t be more different, Amber you are a fantastic singer, but Jorge to move around and maneuver the way you just did, playing and singing all those notes I am lamenting not having turned around now because you are so diverse in what you do and I think you are going to go far in this competition, for this reason, I would go with Jorge.”

Blake: “Amber has an incredible voice and she has stage presence, so much personality that I felt like she was having the most fun, I would go with Amber.”

Kelly: “This was my dumbest move by far. Amber rose to the challenge, I can’t lose if pick one of you but I wish I could steal one of you.” Kelly announces that the winner of this battle is Jorge.

Next is from Team Adam, Davison battling against Reid Umstattd, they are being mentored by Julian Michaels. They are both singing, “Love On The Brain,” by RIhanna.

Blake: “Reid you dipped into your falsetto and you came back out of it and that has been kind of your tool throughout this performance that made me go whoa. Davison, that was so cool dude, it was cut down the middle but if i had to make a decision I would go with Davidson, Reid you shocked me.”

Kelly: “Davison, your runs are like warm biscuits on a Sunday with butter drizzling off of them, my favorite part of this song is that it bites quietly. I know we are supposed to pick one, but I don’t know what you are gong to do.”

Alicia: “I can relate, i didn’t expect this song for you Reid but it totally fit your vibe, Davison I totally loved how you were able to own it the minute you came in.”

Adam: “Reid your incredible confidence and the way you proudly stand there and make any song your own, you better start believing in Davison.” Adam announces that the winner of this battle is Reid.

Alicia is with her advisor Shawn Mendez. Jordyn Simone versus Kelsea Johnson in the next battle. The girls are singing, “Don’t Let Go,” by En Vogue.

Adam: “When I hear Kelsea I hear a lot of Alicia, there is a lot of inspiration from her. Jordyn, you power, your overall confidence level for a 17 year old – I was like a disaster when I was 17. I would probably go with Jordyn, but you are both phenomenal.”

Blake: “I feel like that performance was pretty much evenly matched, for me it comes down to tone, I love the sultry tone of Kelsea’s voice, so I would pick her.”

Kelly: “Both of you are really young, to have your tone Kelsea for a 22 year old is insane. Your voice sounds so lived in, I would have to go with Kelsea.”

Alicia: “Jordyn I was really impressed with your performance, I felt like you really came out here to give it your all and Kelsea I know that you have been dealing with the difficulties of singing for very long hours and so excited that you can’t sleep and wish that you could just closed your mind.”

Alicia announces that the winner of this battle is Kelsea. Adam, Blake and Kelly hit their buttons to steal Jordyn. Jordyn chooses Adam.