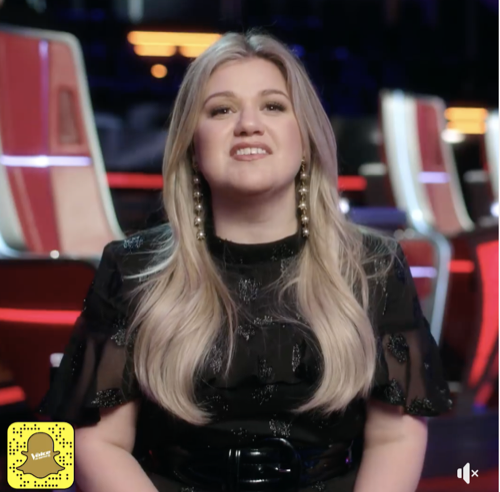 Tonight on NBC’s Emmy Award-winning musical competition The Voice airs with an all-new Tuesday, April 16, 2018, season 14 episode 16 and we have your The Voice recap right below.  On tonight’s The Voice season 14 episode 16, called, “The Live Playoffs, Night 1,” as per the NBC synopsis, “The Top 24 artists perform live and, after the real time votes are counted, the top vote-getters from each team advance to the Top 12.”

For the first time this season the show is live for the playoffs. All 24v artists are performing tonight. The artists with the most votes from each team will advance to the top twelve. Tonight we start with Team Kelly and she believes her team is everything she wanted, strong voices that move you and all the coaches are afraid of her team she says.

Alexa Cappelli who has the sickest range is up first tonight and she is singing, “It Hurt So Bad,” then Kaleb Lee, who Kelly stole, is singing, “You Don’t Even Know I Am,” Tish Haynes Keys singing, “Nothing Left For You,” Brynn Cartelli singing, “Unstoppable,” Dylan Hartigan singing, “Come Pick Me Up Again,” and we are closing out Kelly’s team with D.R. King who Kelly loves cheering for is singing, “Home.”

Team Adam is up next, he thinks his team is awesome. Rayshun is one of his favorite people to be around, he has this beautiful soulful thing. Drew does what he does better than anyone in the competition. Mia is the one everyone talks about, she had one of the best knockout performances. Reid is really solid as an artist, his voice is powerful. Sharane is over the top with soul and beauty. Jackie is the best female country singer in the competition. Drew Cole is up first singing, “Man In The Mirror,” then Mia Boostrom singing, “Baby I Love You,” Jackie singing, Tim McGraw, Rayshun LaMarr singing, “Overjoy,” Sharane Callister singing, “Never Enough,” Reid Umstattd singing, “I Still Haven’t Seen What I Am Looking For.”

Time to give some results for tonight’s performances, Team Kelly is first and the artists with the most votes and moving on to the top 12 is Brynn Cartelli.

It is time for Team Blake and he thinks his team is shaping up to be incredibly diverse. Pryor has this bluesy voice, he sings at bars and in Nashville. Kyla is now discovering her voice. Wilkes is so much fun, he has so much range and is so thoughtful as a songwriter. Gary has great confidence and Blake loves his voice. Austin has a great style and loves to entertain. Spensha comes from a gospel background and Blake loves her vision.

First up is Austin Guirgio singing, “Ain’t That A Kick In The Head,” and then Pyor Baird singing, “I Was Wrong,” Kyla Jade singing, “How Great Thou Art,” Gary Edwards singing, “Finesse,” Spensha Baker singing, “I Still Believe In You,” and Wilkes singing, “Brother.”

More results, this time it is for Team Adam and we will find who was voted to be saved and go directly to the top 12, it is Sharane Callister.

Team Alicia is up next and she thinks her team is super powerful, they are artists that are going to move you. Britton totally stands out from the pact, he is super young and really impressive. Alicia saved Christiania because she is so talented. Kelsea is spectacular and her voice really doesn’t sound like her. Terrance is so brilliant with music and puts his own spin on it. Alicia stole Jackie, she thinks they are so good for each other. Johnny is amazing, he is straight New York.

Now it is time to see which artist from Team Blake is moving to the top 12 and has been saved by America, it is Kyla Jade.

The last team to find out who makes it to the top 12 is Team Alicia, the artists saved by America and moving through is Britton Buchanan.